AHEPA started the celebration of Greece’s Bicentennial in earnest over the weekend with a tribute to American philhellene, Dr. Samuel Gridley Howe.
By now many know of the crucial role of Dr. Howe in the American assistance to the Greek War of Independence. It bears repeating. Dr. Howe, who hailed from Boston, was a Harvard-educated physician, who became Surgeon General of the Greek forces. His work in raising monies for the heroic Greeks, tending to the masses, and providing eyewitness accounts published throughout the world of the time helped inspire other philhellenes to assist the cause.
AHEPA first went to Brown University, the site of the flagpole and base dedicated to Dr. Samuel Gridley Howe.

Supreme President George G. Horiates placed a wreath at the base of the monument, not only honoring the great philhellene, but also honoring AHEPA. The monument was dedicated during the 13th AHEPA Supreme Convention in Providence, Rhode Island in 1935. Newspaper accounts indicate over 3,000 attendees were present at that time. Although this past weekend’s events were socially distanced because of the pandemic, the Supreme President recited many of Dr. Howe’s accounts that were published in the American press of the 1820s. 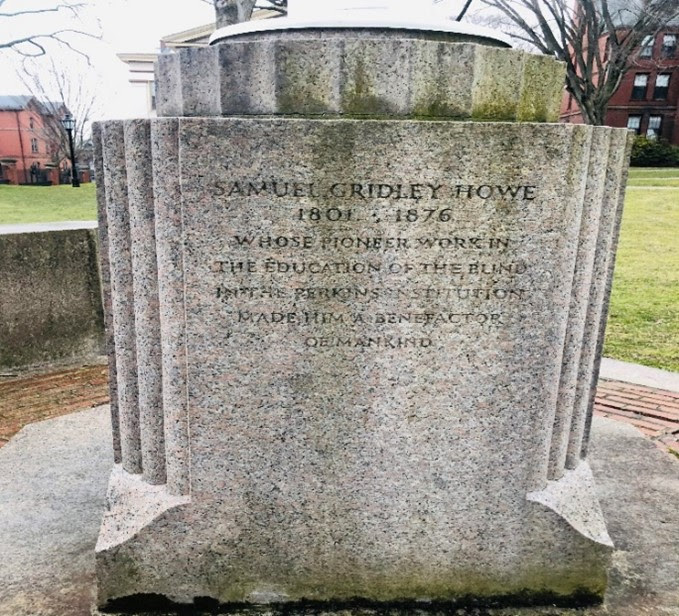 Next was a commemoration with the AHEPA Bay District lodge, saluting and memorializing Dr. Samuel Gridley Howe at his graveside in Boston. Supreme President Horiates also used the opportunity to read an impactful letter written by Dr. Howe and published in a Boston newspaper. Supreme Governor Jack Isaac also attended the tribute.
Following the AHEPA kickoff weekend, we thought it appropriate to document further the heroic Greek struggles as well as the American assistance to the cause.  We reprint the following account written by Dr. Gridley Howe (please see below). It first appeared in American newspapers on August 29, 1826. 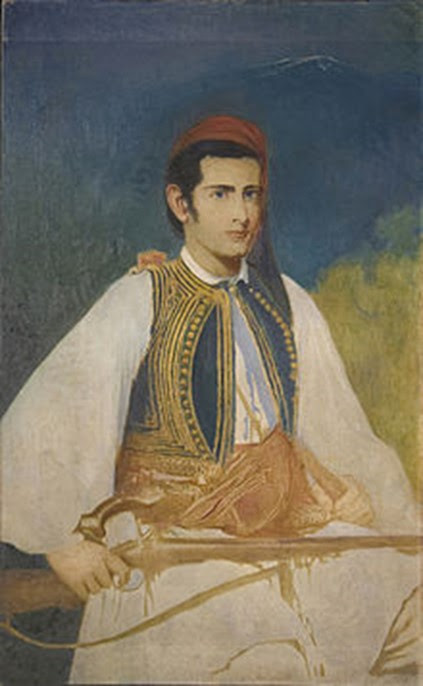 THE GREEKS
The annexed letter by Dr. Howe was received by a late arrival. Though it gives no late or encouraging information, it will be read with some interest by the friends of Greece.
Napoli April 30, 1826
Dear Sir— I write you with an almost breaking heart. Missolonghi has fallen! Her brave warriors have thrown themselves in desperation upon the bayonets of their enemies— her women and children have perished in the flames of their own dwellings, kindled by their own hands, and their scorched and mangled carcasses lie a damning proof of the selfish indifference of Christian world. Christian do I say? Alas! I fear Christianity has fled from the world. You send missionaries to the east and to the west and from pole to pole, millions are annually paid … of over endowed institutions, while the poor Greeks are left to worse than slavery and death. For ten months have the eyes of Christian Europe been turning upon Missolonghi; they have seen her inhabitants struggling at enormous odds against the Horrors of war and famine; her men worn out, bleeding and dying; her women gnawing the bones of dead horses and mules; her walls surrounded … yelling for the blood of her warriors, and to glut their hellish lusts upon her women and children. All this they have seen and not raised a finger for her defense, and at last, they have seen the catastrophe. You may talk to me of national policy and the necessity of neutrality but l say a curse upon such policy… it is contrary to Christianity and humanity; it is a disgrace to our age, that two millions of Christians should be left to the Sabre and yoke of the Turk— Pardon me, Perhaps my language is too strong— but when I think of Missolonghi, when I think of the protracted sufferings of her inhabitants, many of whom I Knew, I cannot restrain my feelings……………………… Greece is in imminent danger but I do not yet despair; if she falls be assured it will not be without a struggle, I shall have an opportunity of writing you again in a few days and then can give you a more correct opinion on the probability or improbability of her success.
Till then adieu
S.G. Howe
AHEPA will continue providing these timely remembrances and stories that need to be told, commemorating the brave Greeks and their friends that fought for freedom 200 years ago.
Share
Facebook
Twitter
Pinterest
WhatsApp
Linkedin
Email
Viber