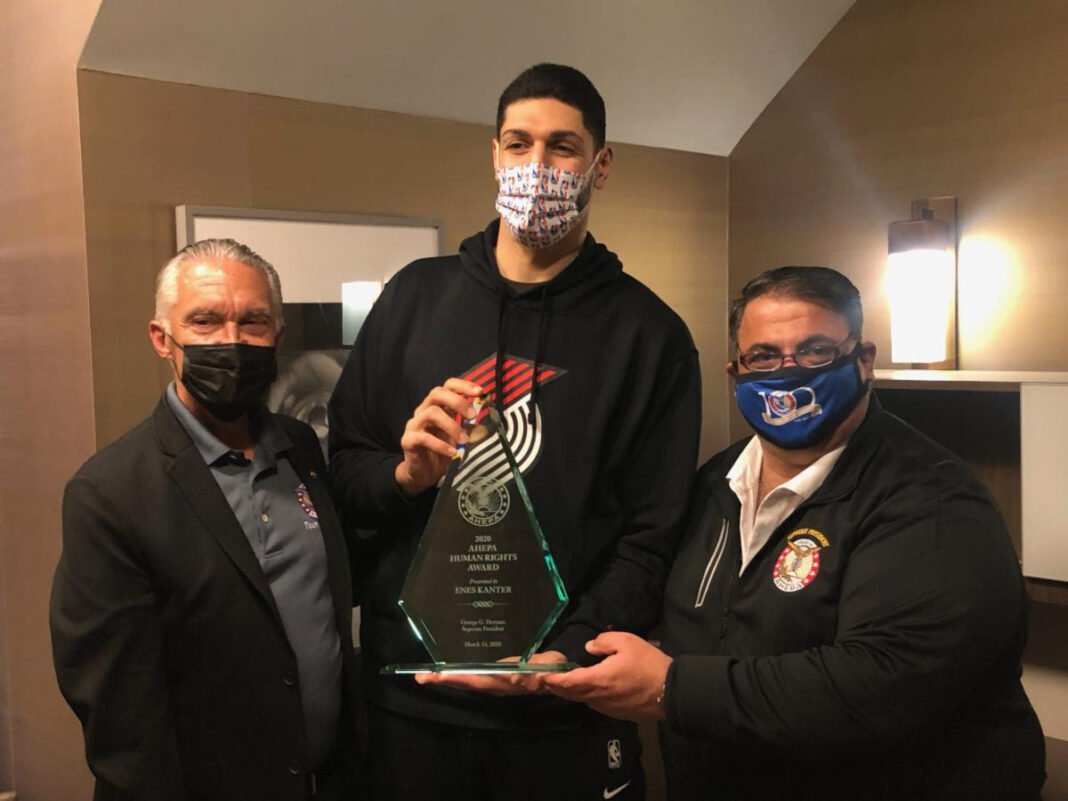 “It’s an honor to accept the first Human Rights award from @OrderOfAHEPA,” Kanter wrote in a tweet. “This is a huge step forward for building strong bridges between Turkey and Greece. Huge thanks to the Greek-American community.”
Kanter has been an outspoken critic of Turkish President Recep Tayyip Erdogan and has shined a light on human rights abuses and violations in Turkey. As a result, Kanter and his family have become targets of the Turkish government. Kanter’s father, a political opponent of Erdogan’s, was imprisoned for seven years.
“Enes Kanter’s activism and outspoken criticism of authoritarianism in Turkey, to the point where he is essentially an enemy of his own country, makes him one of the most important and credible voices for justice and human rights–not just in sports–but in the global community,” Horiates said. “He speaks for the millions who cannot speak out and advocates for a more just Turkey, and in essence, a more just world. We are proud to present him with our inaugural Human Rights Award.”
Horiates added his appreciation for the length of time Kanter spent with him to discuss human rights issues and abuses in Turkey. According to Horiates, Kanter discussed the imprisonment of political adversaries, journalists, and others targeted, harassed, and tortured simply because of their ethnicity or opposition to Erdogan.
Horiates also thanked Kanter for the ease with which Kanter accommodated AHEPA to reschedule the award presentation, which was originally scheduled last year but postponed due to the pandemic.
The Utah Jazz selected Kanter, a center, as the third overall pick in the 2011 NBA draft.
Share
Facebook
Twitter
Pinterest
WhatsApp
Linkedin
Email
Viber