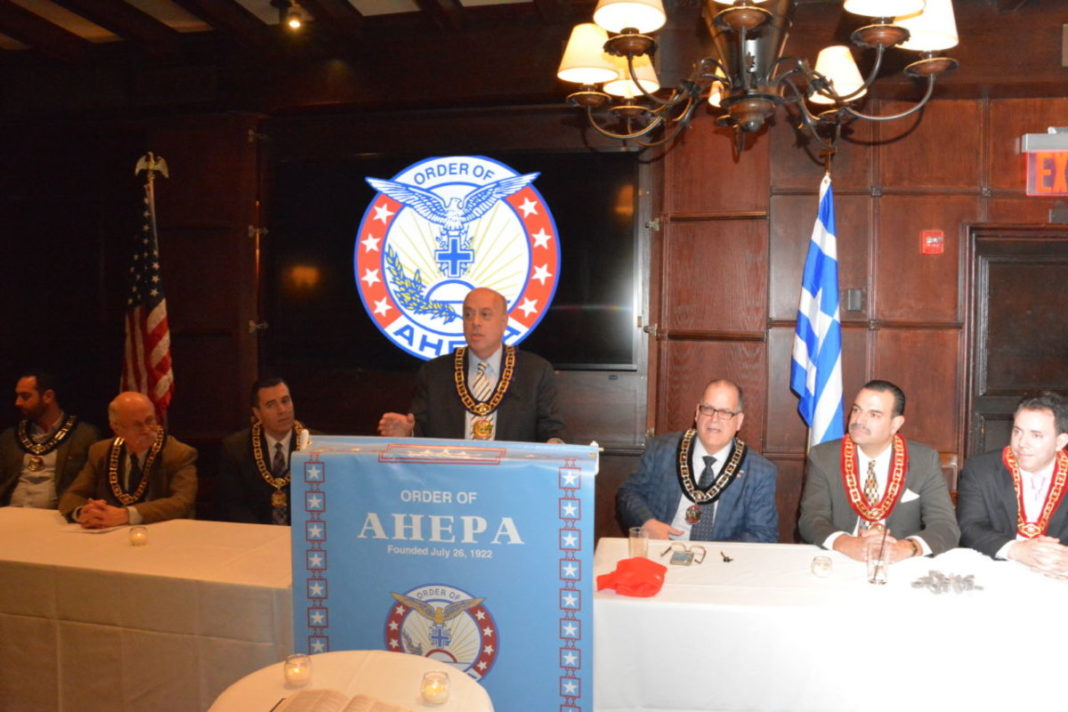 NEW YORK— Continuing its exponential growth and revival, the historic Delphi #25 Chapter initiated another 35 new Greek-Americans and Philhellenes into its ranks – bringing its membership to 150 – on January 24 at its annual Vasilopita cutting event. The Delphi # 25 Chapter, one of the most storied chapters in the history of the international fraternal organization,is based in Manhattan, where it was founded in 1923.

The evening’s festivities were spearheaded by its President, Argyris S. Argitakos and Vice President Louis

Katsos with the unanimous support of Chapter Chairman of The Board of Governors and Past President, Dr. Marinos Petratos and the dynamic team that comprises the Board of Directors, Michael Papaphotes, Exec.

Befitting this historical event was the attendance of Supreme President Andrew Zachariades, Supreme

Treasurer Jimmy Kokotas, Supreme Governor for Region 3 Chris Diamantoukos, Governor of District 6 (NYS Empire District) Ted Stamas, as well as many other current and past members of AHEPA’s hierarchy and several Presidents from other local Chapters.

Guests were surrounded by banners and placards presenting the historical figures of Delphi # 25 and the Hellenic and American values of the organization, which were reflected in the oath that the new members took, the Greek and American national anthems. The invocation and blessing of the event and the Vasilopita were offered by Fr. Vasilios Bassakyros of the St. John the Baptist Church located in Gramercy Park NYC.

Supreme Treasurer Jimmy Kokotas presided over the initiation, At the appointed time the new members were called to the front of the room and they were then asked to place their left hands on the shoulders of their fellow recruits and to raise their right hands while they were administered the oath of The Order of AHEPA by the Supreme President Andrew Zachariades.

Also in attendance were several Brothers from the AHEPA Service Dogs for Warriors Veterans Program, including its Chairman, Brother George Karatzia, who described the program with a brief presentation. Delphi # 25, in the name of its Past President and life member the Hon. Judge Nicholas Tsoucalas, presented a donation of $ 2,000 to the program.

The Vasilopita cutting was held at Gallagher’s Steakhouse in Manhattan and the evening was dedicated to the memory of the late James A. Poll (1920-2013), who had served The Order in many capacities, most notably as past Supreme Secretary, past Chairman of AHEPA’s Saint Basil Academy (In its 90+ year history, the AHEPA family has donated more than $1.75 million to the Saint Basil Academy for the construction and ongoing maintenance of its facilities) as well as past President of Delphi Chapter # 25. Brother Dean Poll, host of the evening and son of James Poll, addressed the more than 150 Brothers gathered and fondly recollected his father’s dedication to The Order of AHEPA .

The day after this event, on January 25, Brothers Ted Stamas, AHEPA District Six Governor and Argyris S. Argitakos, President of Delphi Chapter # 25 were invited to the NYC-based Cosmos FM 91.5. They participated in the bi-weekly radio program entitled “East Mediterranean Business & Culture,” which is hosted by Katsos. While on the air the guests were afforded the opportunity to expound on the Vasilopita event and on the history, values, and virtues of The Order of AHEPA .

Copy and past this link to hear the Podcast : https://soundcloud.com/c 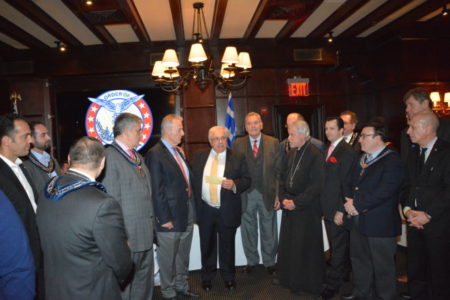 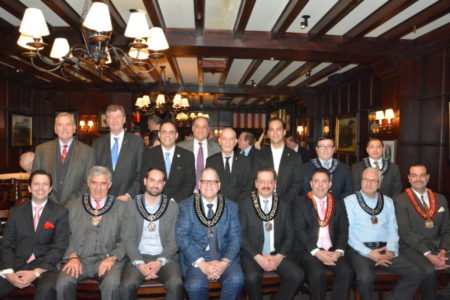 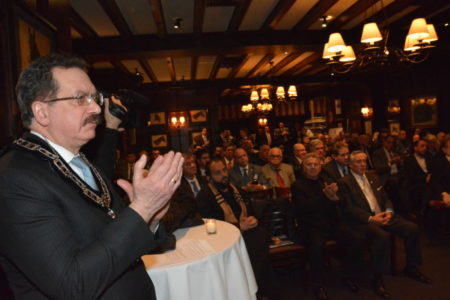