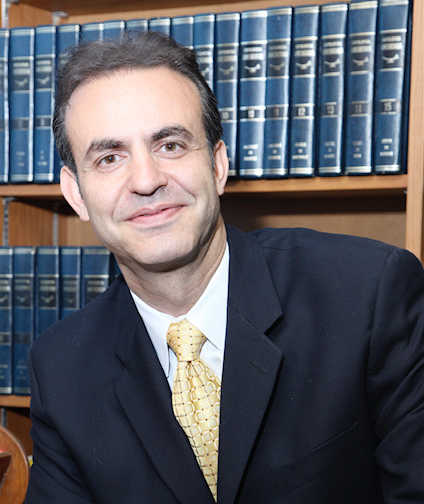 Dr. Anastasios Koularmanis began his career as an educator for the NYC Department of Education in 1992 and transitioned to the Hicksville School District in 1996 where he received his tenure in 1999. On February 1, 1999 he was provided the opportunity to serve as the Assistant Principal of the Saint Demetrios School system and shortly after, was appointed as Supervising Principal.

During his 20 years as the Chief Administrator of the Saint Demetrios School system, Dr. Koularmanis raised the bar for Greek-American Education in the United States. Under his administration, the Saint Demetrios School system has been recognized as not only being a top Greek-American school, but also ranked as one of the best parochial schools in NYC.  As an educational leader, Dr. Koularmanis continually reconstructs school programs and curriculum to ensure the needs of each student are met in order to receive an excellent education. Students who have graduated from the High School have been accepted to some of the most prestigious universities including Yale, Columbia, Barnard, Cooper Union, Rensselaer, NYU, and Sophie Davis Medical School.  Many of these students have been provided full scholarships to attend these universities.

The school has been very fortunate to have received many honors and recognition in Greece as a leading education institution abroad.  Due to the schools’ prestige, visitors such as the Ecumenical Patriarch Bartholomew, Prime Ministers Mitsotakis, Samaras, Tsipras, dignitaries, politicians, famous athletes, have honored the school with their presence.

In addition to visitors, benefactors have pledged their support as they believe in the vision and mission of Saint Demetrios under Dr. Koularmanis’ leadership. Over $3 million dollars in donations and grants from benefactors such as the Niarchos Foundation, Dr. Apostolos Tambakis, NYC State Department of Education, and DYCD have been granted to the school.

Dr. Koularmanis is passionate about inspiring our youth and teaching them the value of a solid education.  He believes that the only true happiness is when you serve others.