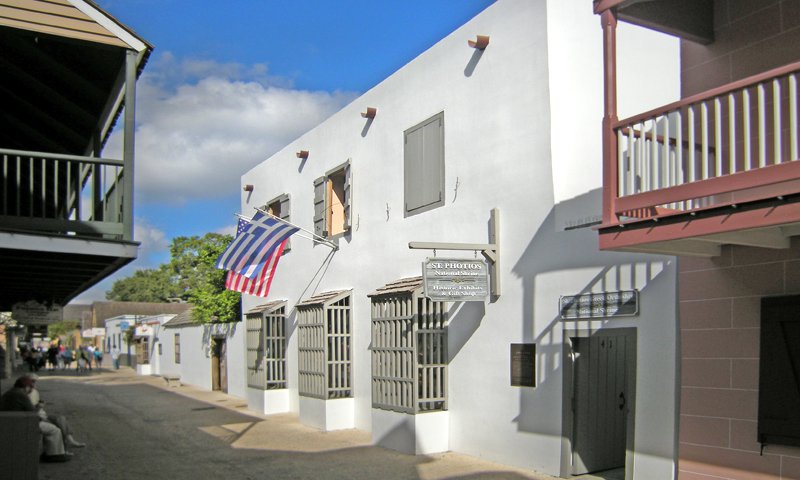 This concurs annually with the February 6th feast day of the patron saint of the chapel, St. Photios the Great, Ecumenical Patriarch of Constantinople.  This year, Archbishop Demetrios, Geron of America, will arrive at the Jacksonville airport Sunday, February 5. Hierarchical services will begin at 8:00 a.m. on Monday, February 6 in the chapel of St. Photios.  Rev. Dr. Nicolas G. Louh, Father Martin Ritsi, and Archdeacon Panteleimon will assist Archbishop Demetrios.

The Shrine is a witness of Orthodox Christianity and the history of the 500 Greeks who came to America in 1768.  In 1965, the Greek Orthodox Archdiocese of North and South America purchased the property with the assistance of Olga and George Fotiou, Stella and James Kalivas, Gerry and Steve Sarris, Despina and Tom Xynidis, and Martha and Spero Zepatos.  In 1982, the Shrine was dedicated after 17 years of diligent work by Archbishop Iakovos, the Archdiocesan Shrine Committee, Shrine Architect, Ted Pappas, and the Board of Trustees, headed by Ted Johnson.  The Synod of Bishops led the clergy and the laity with the Mayor of St. Augustine, Mayor Ramelle D. Petroglou.

Following services, His Eminence will then be received at the Archbishop Anastasios and Archbishop Demetrios Orthodox Christian Mission Center, on Mason Manatee Road, just off SR 207.   A presentation and reception has been prepared to honor His Eminence.

Elected Archbishop of America on August 19, 1999 by the Holy and Sacred Synod of the Ecumenical Patriarchate of Constantinople, Archbishop Demetrios was enthroned on September 18, 1999 at the Archdiocesan Cathedral of the Holy Trinity in New York City.  He leads a church of more than one and a half million Greek Orthodox Christians in the United States.