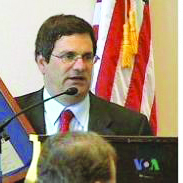 Washington, D.C. –U.S. Rep. Gus Bilirakis (FL-12), who serves as Co-Chair of the Congressional Hellenic Caucus and the Congressional Hellenic-Israel Alliance, released a letter to the Trump Administration today demanding justice for the Americans attacked by Turkish President Tayyip Erdogan’s security detail. Widely-circulated video shows Erdogan watching on as his guards physically assaulted peaceful protestors outside the Turkish Ambassador’s residence in Washington, D.C., during his official visit to the United States.

“I was outraged to see remorseless acts of violence carried out by the Erdogan government against individuals exercising their First Amendment rights on American soil. This is unacceptable in any situation, but even more so when Turkish leaders visit our nation and claim to be faithful allies. We must uphold the law and demand accountability from all who are responsible,” said Bilirakis.

The letter calls for Turkish personnel based in the U.S. or Turkey who were involved in the attacks be expelled immediately and barred from entering the U.S. in the future. Click HERE to read the full letter. 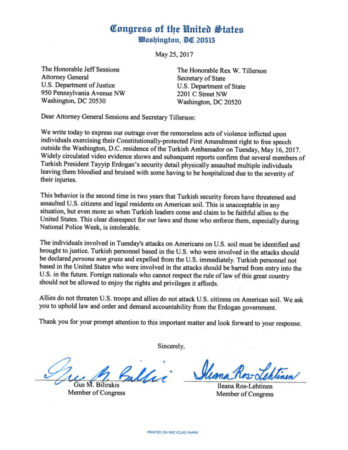