Bill Mataragas, President of HANC addressed the audience at the Ceremony in the Town of GREECE, NY on April 15, 2016 Special Ceremony and Recognition of the Country of Greece 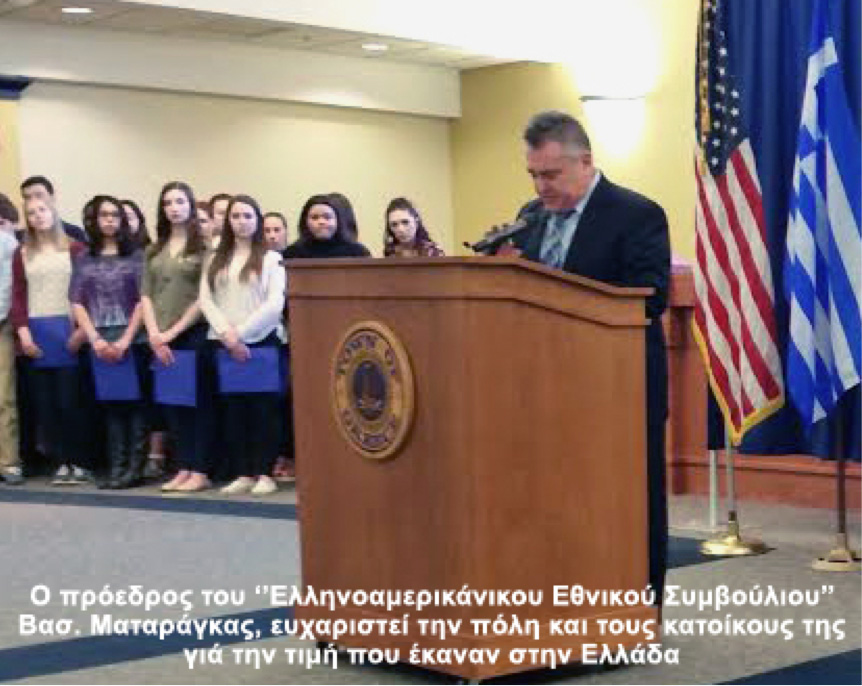 Town Supervisor, Mr. Reilich… Deputy State Minister, representative of the Government of Greece, Mr. Quick… Members of the Town Council… Consul of Greece in New York, Mr. Koumparakis… Distinguish Guests… Ladies and Gentlemen
The following reference to the establishment of your historic town ”The Town of Greece was incorporated in 1822. It was named after the country of Greece as a show of support for the Greek people who fought for their independence from Turkish rule. The name is also a tribute to this old-world nation – a symbol of intellectual and athletic excellence” moves us greatly and honors us as Americans of Greek descent. It also greatly moves all the Greeks not just in Greece but also throughout the world.
We are and we will always be grateful to your town for honoring Greece, the country chosen by the Gods and the ancient creators of humankind, those who gave us democracy, the arts, culture, science, etc. as their homeland. Philosophers and others chose it as their land to live in, create in and from there to give to the world everything that is valuable in western civilization today.
Mr. Reilich, Our organization, which represents all the Federations of Hellenic Associations in the United States, thanks you very much for this event and for your hospitallity. We thank you, the members of the Town Council and all the residents of your town for the great honor you have given to our native land, Greece. We honor and thanks the residents of the Town of Greece, whose ancestors 194 years ago had chosen Greece as the name of their town… Thank you very much 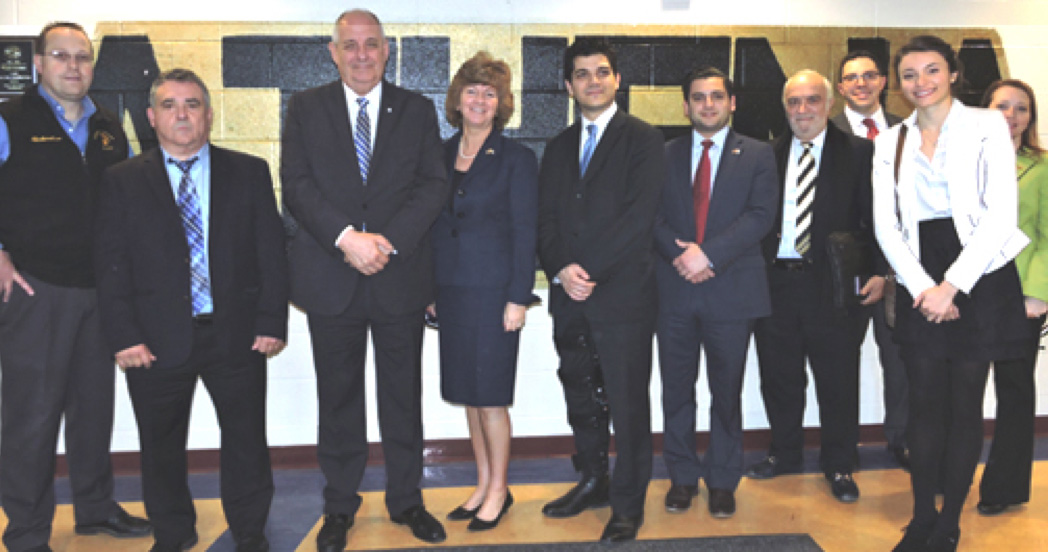 Address by Consul Manos Koumbarakis:
«Honorable Deputy Minister to the Prime Minister Μr. Terence Quick, Distinguished Greece Town Deputy Supervisor, Mrs. Michelle Marini, Distinguished guests, Dear friends,
It is with pride, joy and strong emotions that I find myself in a town so far away from home named after my country. On behalf of the Consulate General of Greece in New York, I would like to warmly express first and foremost gratitude for the meaning of this symbolic act towards our forefathers. It is well known, that the kind and selfless support of the American Philhellenes contributed largely to the unexpected victory of the Greek nation against the vast and powerful occupant, the Ottoman Empire, in 1821.
It was not just a struggle for the liberty of a nation, but rather a wider struggle towards the right of all people to be free and independent, equal among equals and live in dignity that inspired the Philhellenes around the world to unite with the Greeks and fight for their just cause.
Our two countries were founded in and based upon the shared above mentioned values, as they are enshrined in the American Declaration of Independence and the American, as well as, the Greek Constitutions. These are the values that allowed the Greek-American