Broadway’s Tuneful Surprise SOUVENIR, A FANTASIA ON THE LIFE OF FLORENCE FOSTER JENKINS 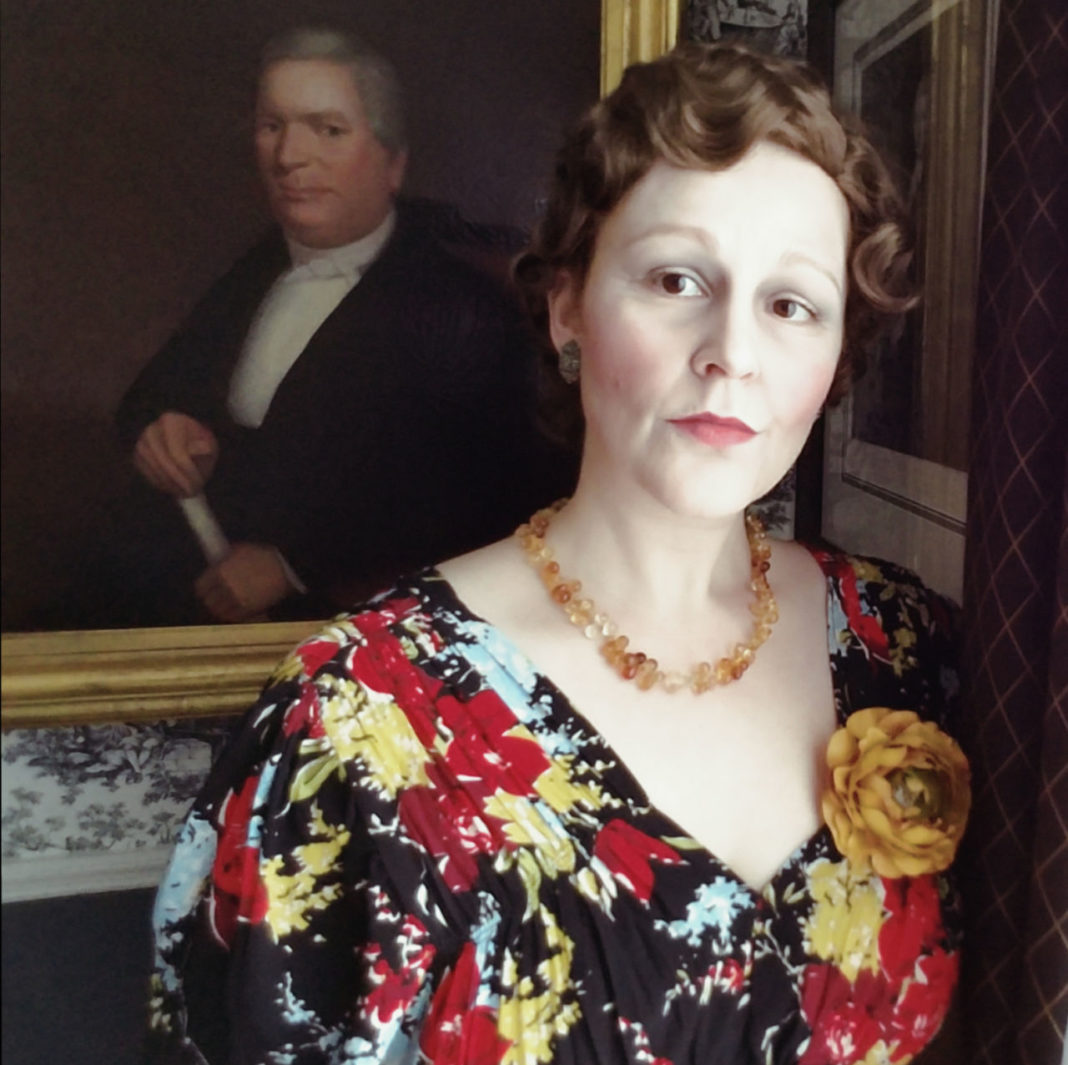 PHILADELPHIA, PA: Walnut Street Theatre’s 2017-2018 Independence Studio on 3 season opens with Broadway’s tribute to a woman of song, SOUVENIR, A FANTASIA ON THE LIFE OF FLORENCE FOSTER JENKINS. Written by Stephen Temperley and directed by Debi Marcucci, the production begins with previews on September 12th, opens September 14th and continues through October 15th.

It’s time to believe again in the power of music! SOUVENIR is based on the story of one of opera’s most unforgettable stars. Florence Foster Jenkins, an eccentric and wealthy socialite, believes she is an enchanting coloratura soprano and wants to share her talent with the world. After teaming up with a new pianist, Cosmé McMoon, she begins to hold recitals at the Ritz Carlton, festooned in fabulous costumes. She becomes a sensation! Unfortunately, the truth is Mrs. Jenkins can’t sing. But, there’s more than one way to get to Carnegie Hall… Based on a true story, this tuneful comedy beguiles the hopeful artist that lives in us all.

SOUVENIR had its world premiere Off-Broadway in 2004 at the York Theatre Company. In 2005 the show had its Broadway premiere starring Judy Kaye, and was translated to German for a production in Munich in 2013. The show is currently being produced by regional theatres nationwide. The life of Florence Foster Jenkins also inspired the 2016 film, which starred Meryl Strep.

Playwright Stephen Temperley was introduced to Florence Foster Jenkins’ recordings in the early 1980s, and noted “I first heard her when a friend came to the apartment with a copy of the newly released cassette version of Mrs. Jenkins’s record. After the initial shock of hearing her I didn’t find the record funny and was more interested in how such a thing would have come to be made.” He began to speak to people that either knew Jenkins, or had seen her perform. Temperley used the information he collected and began to create the story. “With Mrs. Jenkins of the play, as distinct from the real person, her folly is so enormous that it becomes admirable. Her self-delusion is so complete that it cannot be defeated. I’m not sure that’s such a good thing in life but it can be liberating to witness in a theatre.”

Temperley’s additional playwright credits include Beside the Seaside, Money/Mercy, Dance With Me and The Pilgrim Papers. Also an actor, Temperley has performed both on Broadway in Crazy for Youand Off-Broadway in Up Against It at the Public Theatre. He has also been seen on stages in London’s West End and on television.

Florence Foster Jenkins was born in 1868 in Wilkes-Barre, PA. Having taken piano lessons from an early age, she enrolled in The Philadelphia Musical Academy and began to give lessons locally. After her father’s death, Jenkins received a large inheritance and moved to New York City. She began to take singing lessons and scheduled her first concert at the Ritz-Carlton in 1912. Although critics attacked her performances, enthusiasm of her audiences reaffirmed her confidence in her singing abilities. In the late 1920s, Jenkins met concert pianist Cosmé McMoon at a social engagement, and eventually asked him to be her accompanist. The two performed together for twelve years. In 1944, Jenkins’ singing career peaked as she arranged a concert at Carnegie Hall with McMoon. It is said that this performance was the fastest sell-out the hall had ever had at the time. Jenkins passed away soon after and is remembered by the quote “People can say I couldn’t sing, but no one can ever say I didn’t sing.”

Debi Marcucci returns to the Walnut to direct SOUVENIR. Previously, Marcucci directed the hit musical Always… Patsy Cline in Walnut’s Studio 3, as well as Lobby Hero, Mr. Baily’s Minder and The Ugly One. Her credits also include No Way To Treat A Lady at the Alpine Theatre Project and Assistant Director for Buddy – The Buddy Holly Story and Good People at the Walnut. Formerly a resident of South Philadelphia, Marcucci held the position of Stage Manager for the Walnut’s Mainstage for 18 years during her career.

Walnut veteran Rebecca Robbins will play Florence Foster Jenkins. Robbins is a classically trained opera singer. She was first introduced to Jenkins while studying at the Curtis Institute of Music.SOUVENIR marks Robbins’ 15th show at the Walnut Street Theatre. Audiences will remember her from Rodgers and Hammerstein’s A Grand Night for Singing, Mary Poppins, Jerry’s Girls, Irving Berlin’sWhite Christmas, Oliver! and Musical of Musicals (The Musical!). Robbins has also performed both on Broadway and in the North American Tour of The Phantom of The Opera. Additional credits include the Broadway production of A Tale of Two Cities and Off-Broadway in 5 shows with City Center Encores!.

* Denotes membership in Actors’ Equity Association, the professional union of Actors and Stage Managers in the United States.