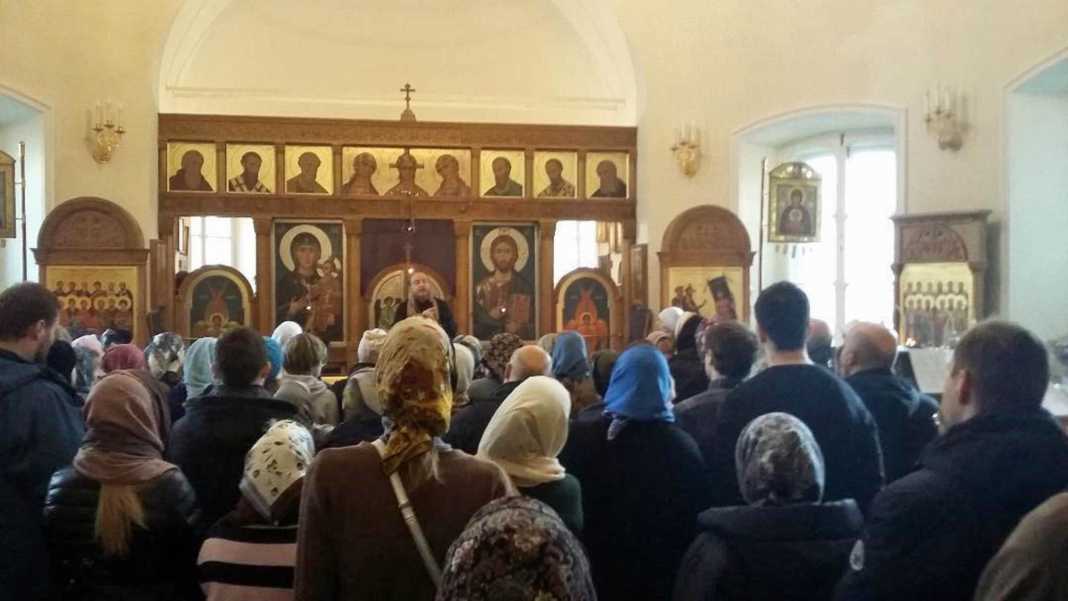 Faith in their Russian Orthodox faith is giving strength to the Russian middle class, the backbone of the nation. My friend/Russian guide Irina keeps in touch on Russian holidays. “My grandmother was a devout Russian Orthodox believer, who made an impression on me as a child,” said Irina. “Now about the situation in Moscow. Coronavirus has come to us in the middle of March. Russia closed its borders for foreign visitors on March 16. All Russian tourists, who returned from abroad were required to stay home for 2 weeks and turn to doctors in case any symptoms appeared. But many ignored the rules and allowed the virus to spread.

Taking into account the experience of other countries, our authorities started to put restrictions gradually. Since March 20 all schoolchildren and students have to stay home; then people aged over 65 since March 26. The regime of total self-isolation started on March 30. Now we all must stay home. Though it is allowed to go to the nearest grocery store and pharmacy (most of them are open). We walk out a dog within 100 m away from the entrance door. All restaurants, bars and shopping malls are closed. Public transport and metro function as usual for people who must work.

All churches are open.  The services are going on. But now with just a few parishioners. Before the self-isolation regime started churches, had been very busy as always during the Big Lent when services are especially beautiful. People tried to visit all services even on working days. On Sundays, in many churches, they do two liturgies, because of a large number of parishioners.

Even when popular public places like shops and cafes became almost empty, churches were still busy. The same was last Sunday, March 29th. We all hoped to continue to take part in services. But on March 30 the Russian Patriarch Kirill turned to all believers and asked them to stay home. The government would not close churches. Services would go on. He reminded that obedience is one of the basic Christian features and people understood it was better for the church itself.

On April 3, the Orthodox church celebrates the Glorification of the Holy Lady. It is the only one day in the year when the Russian Patriarch transfers the icon of Our Lady Eleussa from his Moscow residence to the Cathedral of Appearance of Christ in Elokhovo (or Elokhovsky Cathedral in Moscow). Usually hundreds of parishioners arrive for the Patriarch’s service to worship the holy image of the Virgin Mary before which St.  Serafim Sarovsky, (one of the most venerated Russian saints) used to pray.

Today before going to Elokhovsky church Patriarch Kirill made the Cross procession around Moscow by his car with the prayer to protect people from coronavirus. The procession lasted about two hours.

Many times within the history of Moscow icons of Our Lady saved the city from troubles. In the 14th century image of Our Lady Vladimirskaya protected Moscow from Mongol khan Tamerlane. In the 17c, the icon of Our Lady Kazanskaya helped Russian army to defeat Polish invaders. In the 19c the Cross procession with the image of the Virgin Mary helped to resist the epidemic of cholera. In 1941 during the Great Patriotic war the icons of Our Lady were carried by planes around Moscow and Leningrad, and both cities weren’t invaded by Hitler.

The service in Elokhovsky cathedral was broadcasted on TV, as not many people could attend it. Yesterday President Putin announced that indoors regime (quarantine) would last till April 30. It means that most of parishioners will watch the Easter service on TV.  Patriarch Kirill in his speech reminded believers about St. Mary of Egypt and asked them to pray at home.

Our churches are open, but in fact now people in Moscow have to stay in their homes as well. As I’ve mentioned in my letter, Patriarch Kirill asked parishioners to obey the government. So, starting from this week we must watch services on TV or computers. Only a few people can attend services, not to make crowds inside.

People take it with understanding and hope for better. We all must be patient now and pray more at home. Till better times! April 4th, today Patriarch Kirill again turned to parishioners and reminded us of St. Mary of Egypt who had been praying in the desert for over 40 years.

April 5th majority of parishioners can watch services either through internet or on the central Tv channel Spas (The Savior). Every Sunday and on church holidays they broadcast services from different churches. Today they showed one in Ekaterinburg. Very few people were present. You can see it on the picture from TV screen.

Yes, it’s hard to stay without communion. But God himself has given us this situation. We should be patient and obedient to let the main thing happen in churches. Our hearts are with you. We pray for soon recovery of those who suffer from disease.” This is a firsthand account by a professional Mother of three adult sons, who is witnessing the hardship of the pandemic, sharing in emails her experiences.

The Primate of the Russian Orthodox Church said that one could be saved without visiting the church and cited the example of the Monk Mary of Egypt as proof.

On March 29, 2020, during a sermon in the Cathedral of Christ the Savior, Patriarch Kirill of Moscow and All Rus urged believers to refrain from visiting churches because of the coronavirus, RIA Novosti reported… The Church calls on everyone to undertake a commitment to strictly comply with all the requirements being proposed by the sanitary authorities of Russia today.1

On April 8, 2018, Easter, President Vladimir Putin said “It is with satisfaction that I note the tireless efforts by the Russian Orthodox Church to strengthen social harmony, support the institution of family and educate the younger generation, as well as its contribution toward overcoming pressing social challenges. The Russian Orthodox Church should be praised for its extensive and multi-faceted work.”

“Today the Russian Orthodox Church is, by far, the most conservative, traditional and anti-Communist religious body in the world. It has gone so far as to canonize dozens of martyrs killed by the Communists and celebrate the Romanov tsar and his family who were brutally murdered by the Reds in 1918.  Significantly, since 1991 over 26,000 new Christian churches have opened in Russia, and the fact that Christianity is being reborn in Russia has not gone unnoticed among some Christian writers in America and Europe, although generally ignored by the secular press.”2  Eastern Orthodox Christians celebrate Easter on April 19th