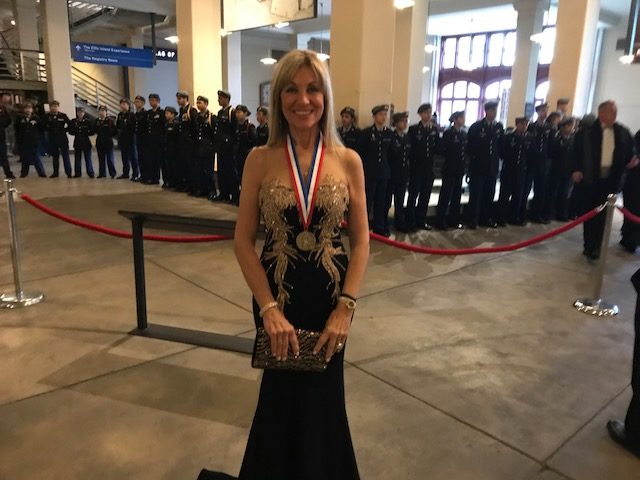 The causes that are dear to Eleni Bousis’ heart are many and varied, but you only need to look at two to see why she was an Ellis Island Medal of Honor recipient.

Bousis successfully turned around the finances of the Greek American Rehabilitation and Care Centre in Wheeling, Illinois.

She also helped establish the Hippocratic Cancer Research Foundation, with the goal of eradicating all cancers.

The non-profit Greek American Rehabilitation and Care Centre opened in 2002, with 70 percent of the residents coming from Greece. About 155 of them receive some form of public aid.

“These people, for some reason, don’t have money. It was our duty, responsibility and obligation to have them live with dignity in a safe environment,” Bousis said. “What were the obstacles that stood in their way when they came here, that their main focus was survival, marry the girls off, sending money back to the homeland and never thought of themselves. Their stories are triumphs. To me, they’re the heroes, so don’t forget the heroes.”

When she became Centre president, it had a $4.5 million deficit, according to a December 2010 article in NEO Magazine. She worked with the board of directors on a fundraising and debt restructuring plan. They raised $7.5 million to erase the deficit.

She continues efforts to expand the Centre today, raising funds to create a Hellenic Village there.

Bousis also pushed to establish the Hippocratic Cancer Research Foundation after her mother was diagnosed with a rare cancer, AML, in 2000. At the time, they gave her 3 to 6 months to live.  She was given a new drug developed at Northwestern University Robert H. Lurie Comprehensive Cancer Center in Chicago by Dr. Leonidas Platanias, Steve Rosen and Marty Talman

“My mother has made history. She’s 16 years cancer free,” Bousis said.  “My mother is a true testament of what research can do in someone’s life.”

In 2015, Bousis helped create The Hippocratic Cancer Research Foundation, named for the Greek founding father of medicine, Hippocrates.  She serves as chairman of the Foundation’s founding board.

The Foundation’s research encompasses all of humanity and is dedicated to eradicating all types of cancer by supporting groundbreaking research and creating new treatments for cancer patients.

“My empathy is to children, the elderly, and those that are ill and how we can change the world. And I believe that together all of us, united, we can make so many changes,” Bousis said.

At the Foundation’s inaugural gala in November 2016, more than 675 guests attended and more than $1 million was raised.

“You can believe in many causes but if you don’t have people believing in you and the cause it will not succeed. So I had an incredible group of people. They were very compassionate about cancer and we all kind of pulled together and we had a successful first gala,” Bousis said.

One of her efforts has been helping handicapped children and those with special needs. When she was 15, she befriended a 12-year-old girl confined to a wheelchair, crippled after her father had struck her with a hammer. That experience would lead Bousis to one day join the board of directors of the Little City Foundation in Palatine, Illinois.  The Foundation provides autistic or developmentally disabled children with what they need to live productive lives.

Working with the late Archbishop Christodoulos of Greece and Irene Dorkofigi, Bousis helped establish the FRONTIDA abuse center in Pendeli, Athens in Greece. The center, created in 2012, provides safe shelter for neglected and abused women and children.

Bousis also has a special connection to the town of Kakamega in Kenya where she helped to build an orphanage and church.  The Dimitri and Eleni Bousis Orphanage was built more than 30 years ago. It was destroyed when genocide swept the country, but it has since been rebuilt.

Bousis believes her work is an extension of her Greek heritage.

“We gave the light to the world. As an entity we are known to be very giving, very philanthropic,” she said. Bousis points to the refugee crisis. Greece faces so many challenges at home yet it still opens its borders to take in refugees in trouble, she said.

“I feel that my strong culture, and my upbringing of giving, and helping has made me the women that I am today, aside from picking it up from my family, my grandparents, my parents, my husband. A very small country of 10 million gave the light to the world,” she said. 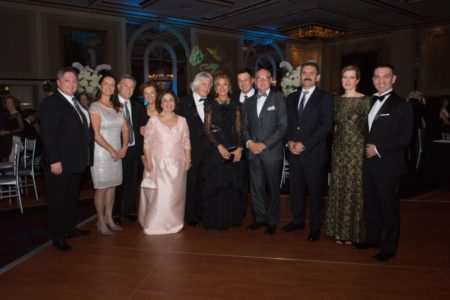 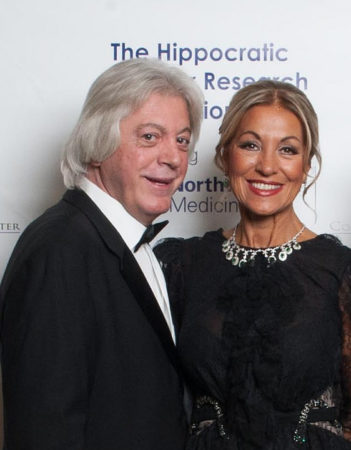