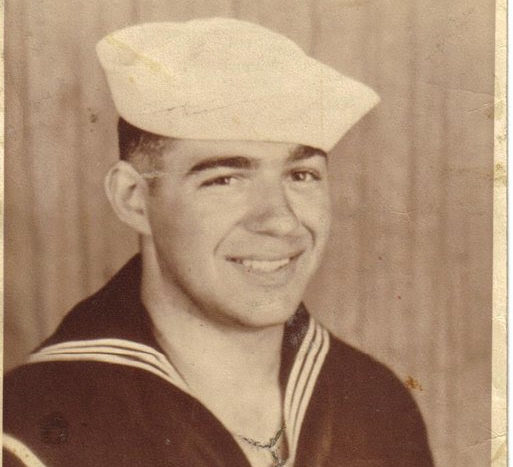 Chicago, Ill. – Leo A. Loumbas—the first Greek American from Chicago to give his life for his country in World War II—will be memorialized during a service honoring the 75th anniversary of his passing. The memorial service will take place at approximately 10:45

“Americans have so many heroes, many the sons and daughters of immigrants like my uncle, who over our country’s history have served America and made the ultimate sacrifice for our freedom,” said Angelo J. Loumbas, Leo’s nephew. “Our family honors the memory of all of them with this special service for Leo.”

Leo was a 24-year old Apprentice Seaman, United States Navy, aboard the U.S.S. Boise, a ship under the command of another Chicago native named Edward J. “Mike” Moran. On October 12, 1942, Leo and 106 of his fellow sailors were killed during the Battle of Cape Esperance off Guadalcanal in the South Pacific when a Japanese torpedo struck and pierced the ship’s hull into the magazine room below the forward gun turrets.

A few weeks after Leo’s death, Leo’s father—a Greek immigrant who could not read or write English—received a telegram at his south Chicago home on Escanaba Avenue. He walked around his neighborhood asking people to read him the telegram before he found someone who had the courage and strength to do so.

The telegram’s first sentence read: “The Navy Department deeply regrets to inform you that your son Leo Angelo Loumbas apprentice seaman was killed in action in the performance of his duty and in the service of his country.”

The memorial service will take place immediately following the Divine Liturgy and is open to the public. For details on the service and media protocol inside the Church, please contact the Church office directly at 773.334.4515.

Members of the Loumbas (pronounced: Loom-bus) family will be available for interviews following the brief memorial service. Please see photos at Leo Loumbas 75th Memorial Photos which also will be on display for viewing at the church.

Previous articleProving the Insanity of Atheism By Facts Physics has no foreknowledge, which is a fact.
Next articleUtilities Will Spend Billions On Cybersecurity As Threat Grows