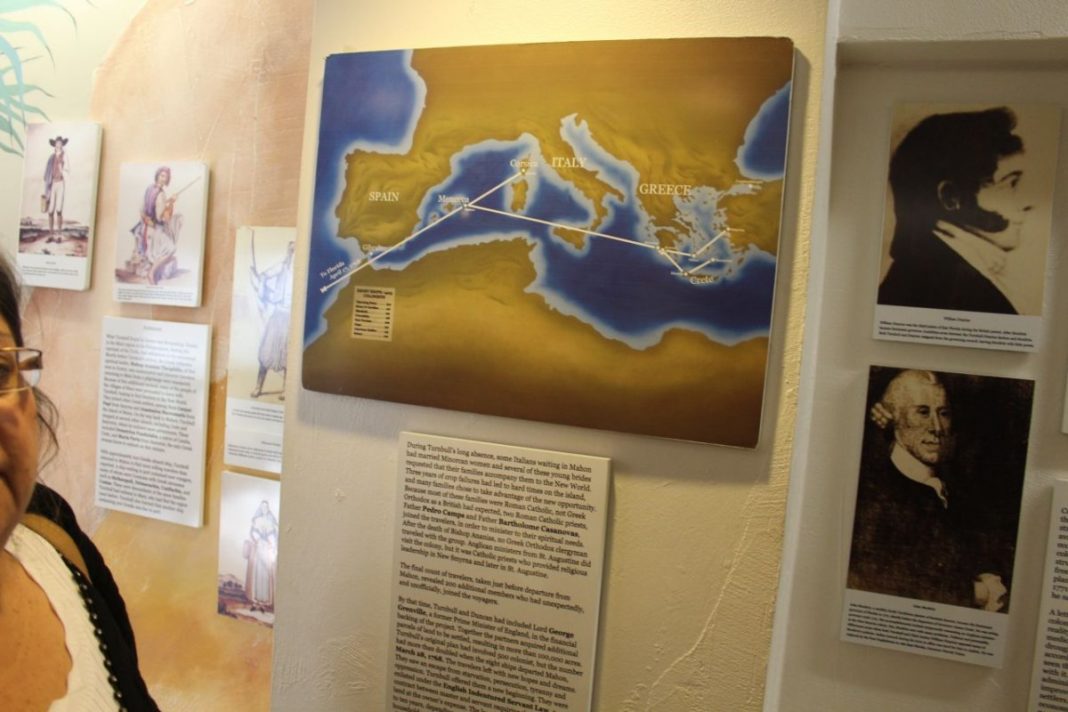 My dear friends and admirers of Greek culture, I send you again my greetings! The “koutsoflevaros,” as I recall people calling the second month of the year in Greece, is now over, and the fresh green color on the face of the soil has begun to appear. Thinking that the more we know about our history the richer our souls become, I would like to share with you today the story of the first Greek colony in the Americas.

The odyssey began mostly from the Mani, deep in the Peloponnesus. It ended in St. Augustine, Florida, like the Mani itself part of a long peninsula. The Maniots had long experience of a hot climate, of course, but none of a humid one, and this was part of what they had to accommodate themselves to on the shores of the New World. They were not alone; Italians and Corsicans were also among the new arrivals. Florida itself was still a British possession, newly acquired from Spain. A Scottish physician, Arnold Turnbull, recruited the first colonists. Turnbull’s own wife was the daughter of a Greek merchant from Smyrna. He believed that pioneers of Mediterranean stock would fare best in Florida’s subtropical climate from among Europeans. Turnbull’s own interests were commercial; he had little interest in religious or other plantation, nor did he have any idea, as did some other Westering pioneers in early nineteenth-century America, of setting up a utopian community. The place he selected was 75 miles south of the present-day city, at a place unpromisingly called Mosquito Inlet. Turnbull and a fellow speculator, Archibald Menzies, planned to cultivate cotton, rye, hemp, indigo, madder, and other products from which he hoped to derive profit.

Turnbull found Greeks eager to migrate, hopeful of escaping Turkish domination and starting a new life. The people of the Mani, then as now, were particularly impoverished, but also particularly desirous of freedom and opportunity. They joined other Greek settlers, among them Gasper Papi, from Smyrna, and Anastasios Mavromatis, from Melos. He recruited as well colonists from Santorini and Crete, including Maria Parta, the only woman known to have joined the venture.

When the colonists arrived at their rendezvous point, the Spanish island of Minorca, there were various other nationalities also waiting to embark, as well as other Greeks with surnames such as Stephanopoulos, Drimarkis, Cosifachis, and Costas, who had come from Corsica. The original plan had involved 500 settlers, but 1,403 finally sailed, of whom 1,255 survived the long and gruelling Transatlantic passage. This was not unusual for such voyages, made in overcrowded conditions and with scurvy rampant. Each colonist was indentured for service for a specified period of time, at the end of which they would receive a tract of land for themselves.

The new colony was called New Smyrna. But no provisions had been made for the extra settlers, who had to clear a swampland filled with alligators and poisonous snakes. The settlers were treated more like slaves than contract workers, and by the end of the first year 450 more of them had died. Finally, they rebelled against their masters, as the American Colonies were to do as a whole against the British seven years later. The Governor of Florida, who was allied with Turnbull, put down the uprising, and three of the rebels were condemned to death. One of them, a Corsican Greek named Elias Medici was offered his life in exchange for hanging his two fellow prisoners. Medici refused, but his colleagues persuaded him not to waste his own life along with theirs.

When Turnbull reneged on his promise to give the remaining settlers their promised land, some 600 of them walked the long and dangerous distance to St. Augustine. In November, 1777, the colony disbanded. The Greeks who had come to St. Augustine began a new life there. They set up a congregation in a building known as the Avero House, which is now on the National Register of Historic Places in America. It is the oldest Greek church in the New World.

The saga of the New Smyrna Colony is an important chapter in American history. We must remember, of course, how much of America was built on the backs of African slavery. But others labored in deplorable conditions, and many died, for the chance to build a new life. That Greek-Americans enjoy so much today owes much to their pioneers. We should honor and bear them in memory always. 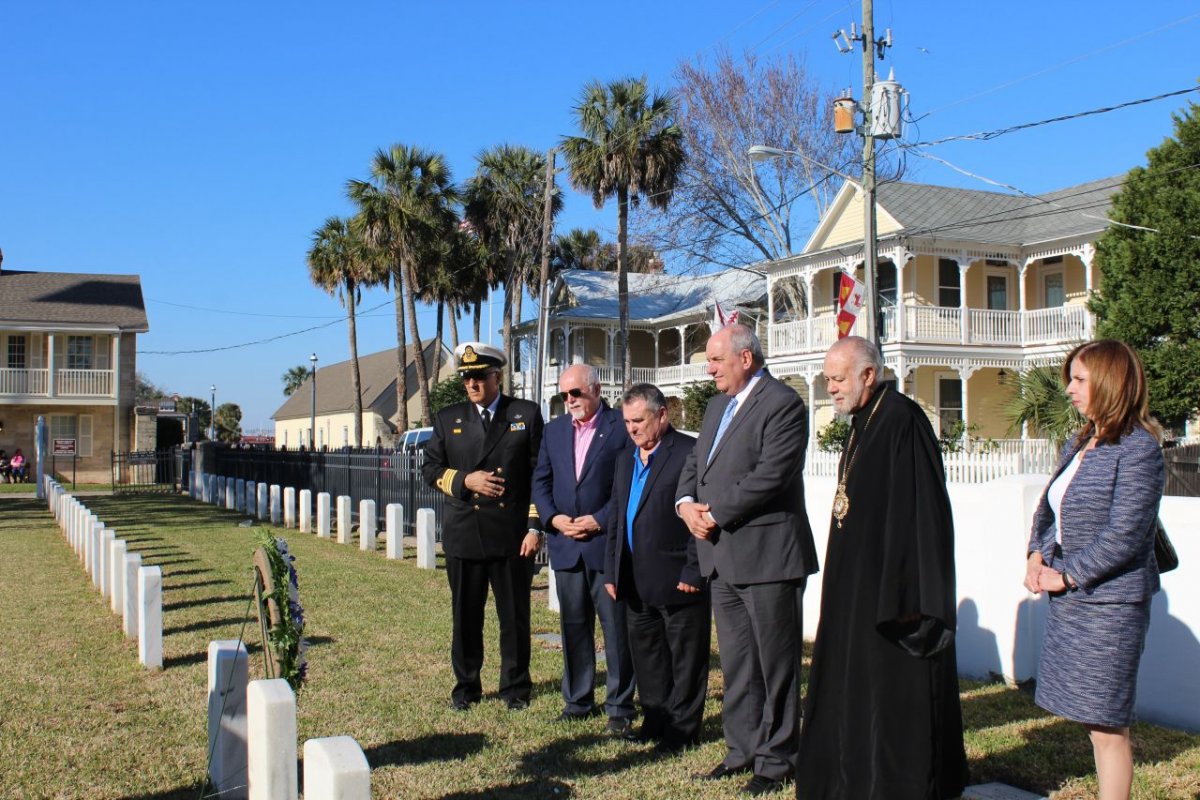 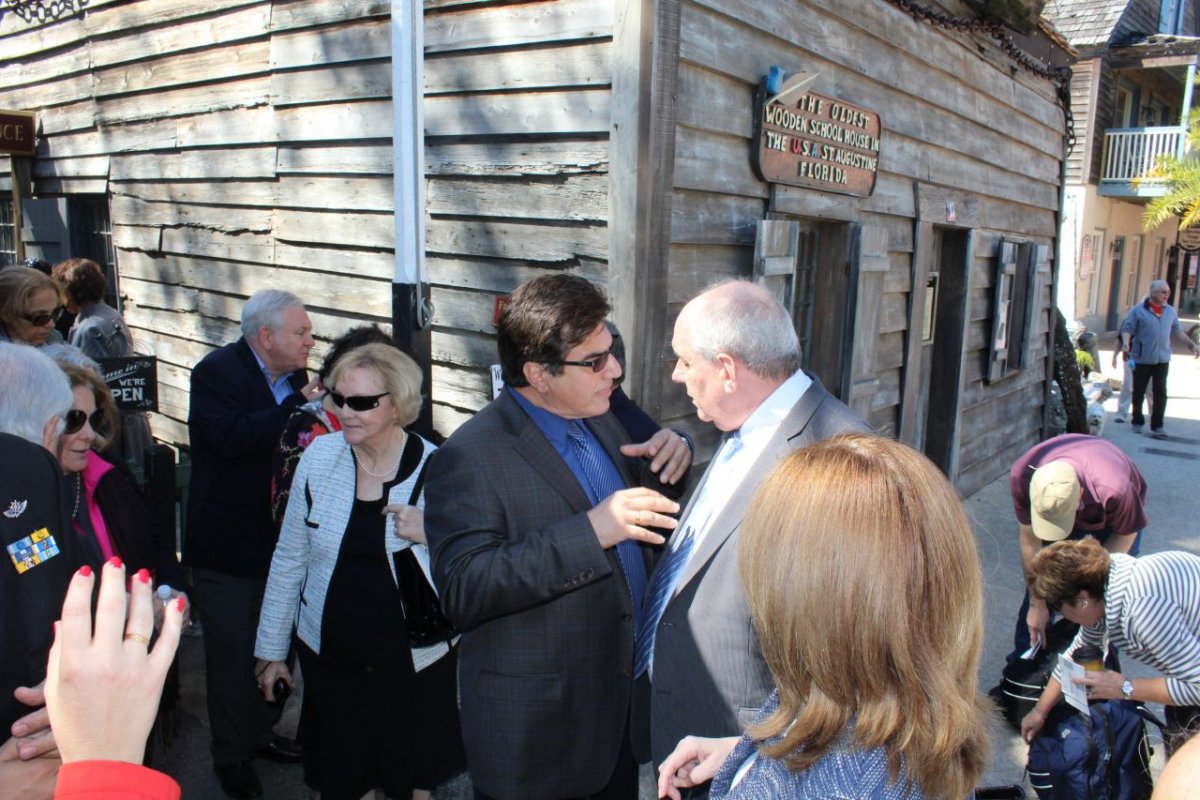 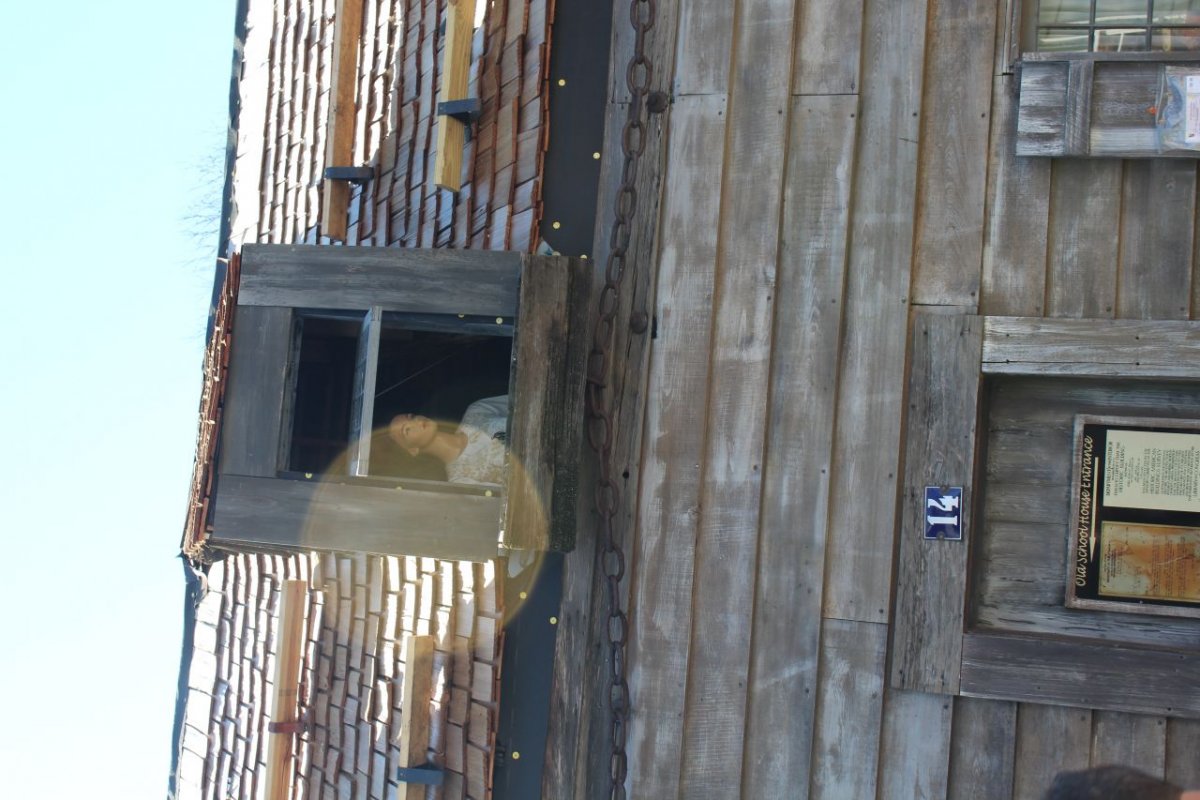