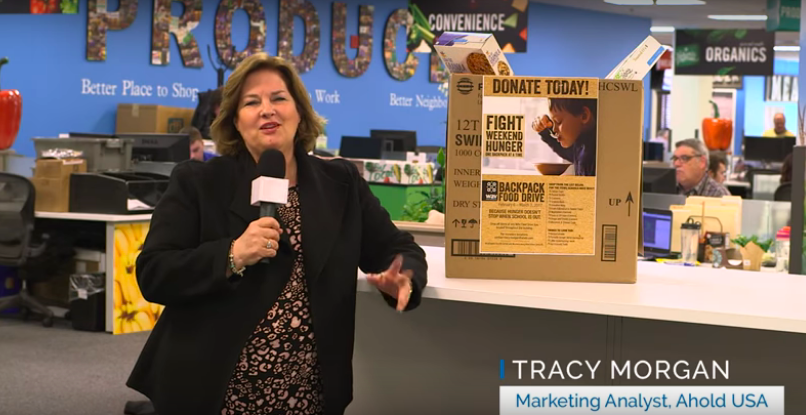 A truck pulls up to LeTort Elementary School. Excited students run over. A man gets out and opens the rear compartment doors. A cheer goes up. The food has arrived.

Twice a year, Tracy Morgan collects food from her co-workers, loads it on two medium-sized trucks and takes it over to LeTort Elementary and Mechanicsburg Middle School. The food is unloaded and made available for free to students in need at the schools whose families may not have enough food to eat.

It is a labor of love that Morgan has organized for the past several years through her association with Giant Food Stores and the school districts of Carlisle and Mechanicsburg.  Morgan works in Giant’s marketing department in Carlisle, handling the supermarket’s print advertising. She’s also served 16 years on the Mechanicsburg School Board and had kids go through the district schools, so she understands the problems facing students. Poverty is a reality at both schools. About 70 percent of students at LeTort Elementary qualify for free or reduced breakfast and lunches at the school. At Mechanicsburg, one-third of the students live below the poverty line. 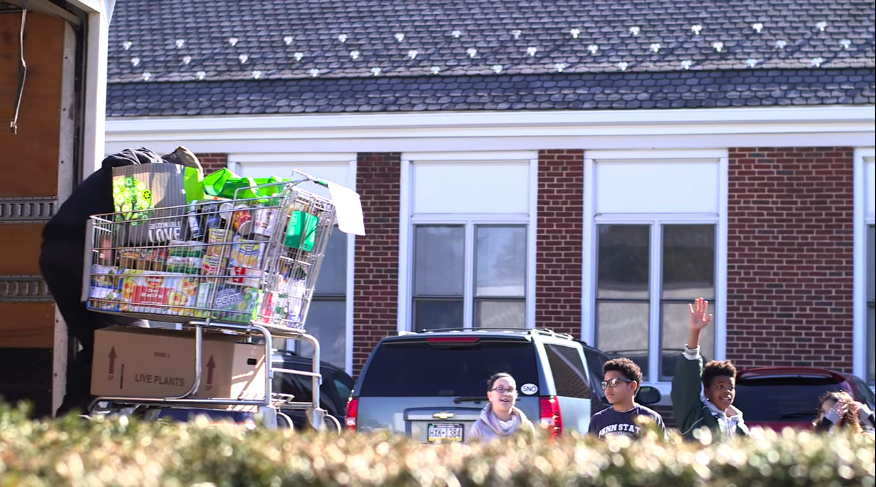 “The kids are eating breakfast and lunch free at school but when they get home there may not be enough food for them to eat dinner with.  On weekends, food might not be available, especially if it’s a holiday weekend or snow days, than they don’t get the food that they typically depend on that they get at the schools,” Morgan said.

Morgan was teaching Junior Achievement at LeTort. “Going to that school every year I knew it was a very poor school compared to the schools I’m used to seeing in Mechanicsburg. I always felt a passion for this school,” she said.

Students who qualify for the reduced or free lunches receive a back pack of food from local food banks to help their families. Morgan decided Giant could supplement that program by donating food of its own.  “I worked for a food company. How could I help LeTort? There’s no better way than to help feed them.” 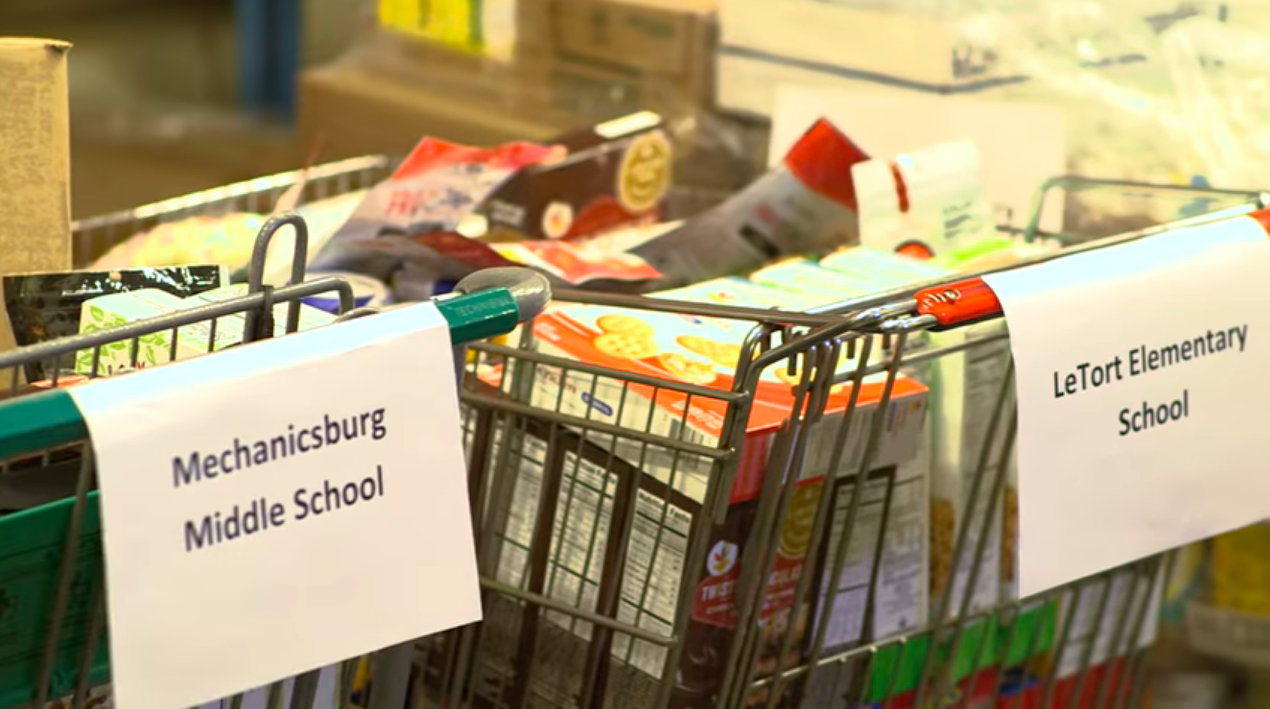 They collected food twice a year and donated it to the two schools. Half of the donated food comes from people who work in the corporate office with Morgan.  The other half comes from food donated to a program at the corporate site where merchants practice how they want food to appear on their store shelves.

After a month collecting the food, deliveries are made to the schools, one in September and one in February. Each of the two trucks holds five or six pallets of food and six to eight grocery carts of food.

“The kids are quite excited because the kids helping unload the truck are the kids that are actually benefiting from the food. The counselors are really good about getting them involved. And they’re doing a good deed, too, by taking care of the food and organizing it,” Morgan said.

LeTort Elementary has a big closet with shelving and the kids organize the food closet. Mechanicsburg has a science room that they set up like a store. Kids can come in and get what they think their family needs. “I know the food is helping more than one child. It’s helping the whole family,” she said.  Often it’s a single mom trying to feed several kids with limited resources.

The families are aware the food is available so on Fridays the moms might pick up the kids and some food, Morgan said. A father struggling to feed his five children while his wife was in the hospital was able to come in during the summer and pick up food.  “The word is out that it’s there if they need it,” she said.

Giant has always valued giving back to the community.  Employees have collected food for soldiers overseas, visited nursing homes, mentored women at the Salvation Army, collected for pets in shelters, and for kids in the hospital. Giant is also considered a :hunger hero” at regional food bank Philabundance, supporting their children’s feeding programs and by donating hundreds of thousands of pounds of perfectly good food, including meat, to their agency partners. It sponsors the largest one-day golf outing in the country, raising $12 million for multiple children’s charities.