GreeceCultureGREECE: By 2026, more than 1.5 billion euros will be invested in...
GreeceCulture

GREECE: By 2026, more than 1.5 billion euros will be invested in Culture 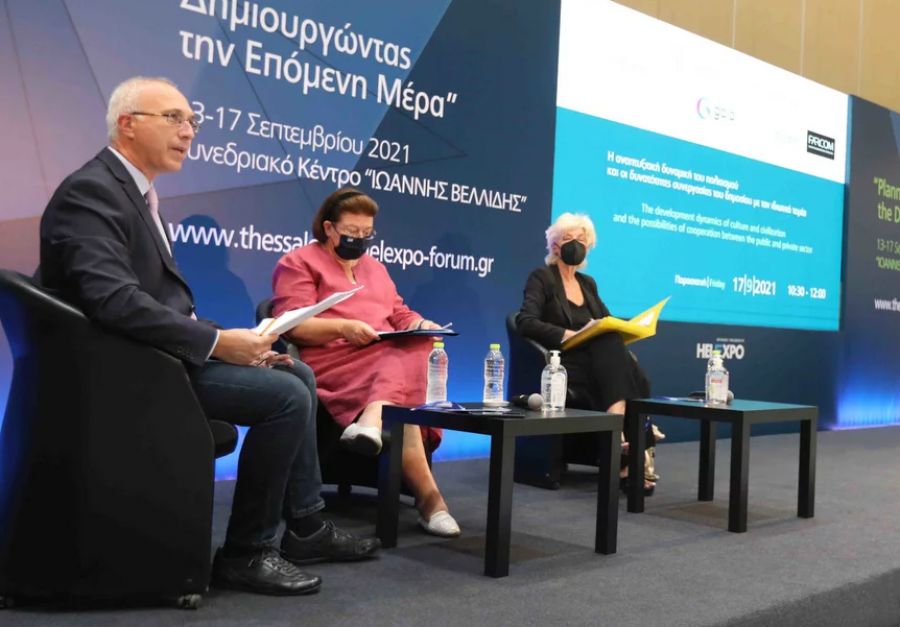 The development dynamics of culture and the possibilities of cooperation between the public and the private sector, were at the center of the discussion that took place on Friday morning at the 2nd Thessaloniki Helexpo Forum, with the Minister of Culture and Sports Lina Mendoni pointing out that a key assumption is that Culture has extremely strong social and economic dynamics, especially in a country like Greece. “Clearly we must see culture in its development dimension, as an economy, without ignoring the social parameters,” said Ms. Mendoni, emphasizing that culture is the fourth pillar of sustainable development.

“Cultural heritage does not exist in vitro. It is connected to a community, to a place, it attracts visitors, it causes indirect and direct economic and professional activity “, the minister noted, pointing out that cultural activities have a much higher percentage in GDP than other sectors and investments, whether public or not. either private or partnerships create many jobs, scattered throughout the territory. He noted that for the period of the current NSRF, only in the projects executed by the Ministry of Culture, about 4.5 thousand employees are employed.

Asked by the moderator of the discussion, journalist Sakis Moschis, about the problems that came to the surface in the field of culture on the occasion of the pandemic, Ms. Mendoni noted that many emerged, especially in the field of modern culture, which for decades, as she stressed , he was hiding under the carpet, “for this and the state intervenes”, as he stressed. During the pandemic, the minister noted, in the field of culture “more than 400 million were given to support the people of culture and the Recovery Fund is coming to give large funds again to support the industry. From 2021 to 2025-6, more than 1.5 billion will be invested in all sectors of culture “.

Sia Anagnostopoulou, Head of Culture of the SYRIZA PS Parliamentary Group, for her part, referring to the pandemic, stressed that it highlighted the vulnerability of workers in culture, but also in the same cultural product and stressed the need for the state to ensure the public character of culture. . “In order to have a fair development model, we must have transparency and clarity,” he stressed.

Vassilis Gakis, president of the Thessaloniki Concert Hall, spoke about a large margin for growth, noting that in 2019 the share of cultural sectors in GDP was 1.4% with a European average of 2.8%, while Stavros Andreadis, president of the Cultural Society of Entrepreneurs Northern Greece, differentiated by emphasizing that culture is not a product. “We do not create culture to create jobs, nor to bring tourists,” Mr. Andreadis noted, expressing the belief that culture should not be approached with “utilitarian”, as he said, logics. “Culture is not the management of monuments when everyday life is barbaric”, noted the president of PEEVE, emphasizing that culture has to do with the cohesion of society and their respect on a daily basis the common space in which it moves.

Previous articleA Few Thoughts on the Importance of Prayer
Next articleGeorgiadis: From Christmas onwards the economy will slowly recover”