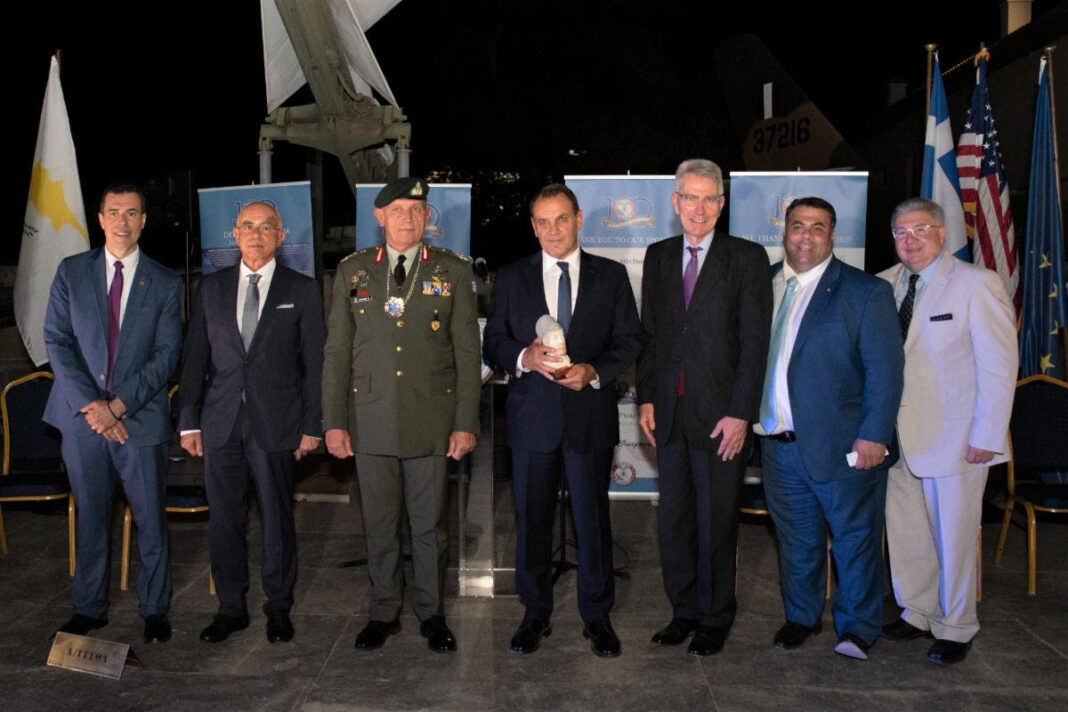 The 99 th AHEPA Family Supreme Convention in Athens is well underway with several high-profile events to honor excellence in public service and humanitarianism.

In her remarks President Sakellaropoulou reflected on AHEPA’s near 100-year history.
“During all this time, it has grown astoundingly, becoming a role model, both within American society and beyond, with remarkable community service through inspirational projects, while never forgetting the motherland.”
Greek National Defense Minister Nikos Panagiotopoulos and General Konstantinos Floros, chief of the Hellenic National Defense General Staff, each were presented with the AHEPA Pericles Award for their service to Greece at an event to commemorate the 99 th anniversary of AHEPA at the Greek War Museum, July 26, the date of AHEPA’s establishment in 1922.
“I would like to thank you from the bottom of my heart for presenting me with the Pericles Award,” Panagiotopoulos said in his acceptance remarks. “I am extremely honored to receive this award from AHEPA on this very important occasion of your 99th Supreme Convention in Athens Greece, where democracy was born, in the Golden Age of none other than Pericles.” 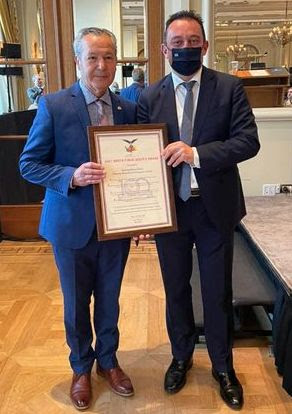 Greek Deputy Foreign Minister for Diaspora Greeks Konstantinos Vlasis and Cypriot Presidential Commissioner for Humanitarian Affairs and Overseas Cypriots Photis Photiou each received Academy of Achievement Awards in Public Service at the AHEPA Family Awards Luncheon, July 27.
“I extend my sincere gratitude and appreciation for the continuous support of @OrderOfAHEPA in our efforts to solve the humanitarian issue of #MissingPersons,” Photiou wrote in a Tweet.
Deputy Foreign Minister Vlasis commended Ahepans for constantly working to strengthen people-to-people ties between the United States and Greece.
In addition, AHEPA presented the AHEPA Archbishop Iakovos Humanitarian Award in honor of His Beatitude Ieronymos II, Archbishop of Athens and All Greece at the convention’s Opening Ceremony, July 25. General Secretary for Diaspora Greeks Dr. John Chrysoulakis also received the Academy of Achievement Award for Public Service.
U.S. Ambassador to Greece Geoffrey Pyatt attended the Opening Ceremony and the 99th anniversary commemoration for AHEPA. 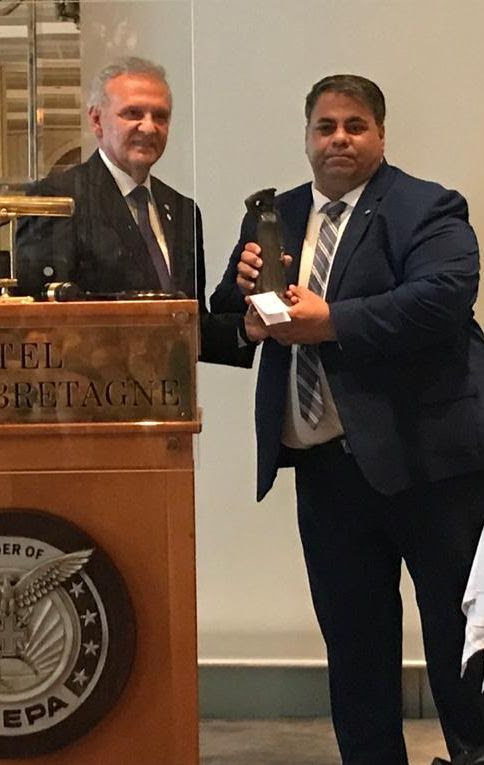 “The Greek American diaspora, and especially grassroots organizations like AHEPA, put our democratic principles into practice, advancing the U.S.-Greece relationship and playing a vital role in helping us to advance our shared goals,” Pyatt said in remarks delivered at the Opening Ceremony. “From your study abroad and summer excursion programs to your recent support for the restoration and cleaning of the Harry Truman statue here in Athens, and the assistance that you provided to the Greek people during the COVID 19 pandemic, AHEPA has demonstrated time and again what a force multiplier you are for our bilateral relationship.”
Finally, AHEPA honored Greek Foreign Minister Nikos Dendias with the AHEPA Pericles Award at a Greek Night event held at the Stavros Niarchos Foundation Center, July 27. Ambassador of Greece to the United States Alexandra Papadopoulou accepted the award from Supreme President Horiates on behalf of Foreign Minister Dendias. The ambassador expressed appreciation for the mission and work of AHEPA.
The 99th AHEPA Family Supreme Convention in Athens continues with its pinnacle Grand Banquet event, July 28. Prime Minister Kyriakos Mitsotakis and President of Cyprus Nicos Anastasiades are expected to attend and be honored for their public service.
U.S. Ambassador Geoffrey Pyatt will be honored at an AHEPA Presidents’ Reception, July 29.
Share
Facebook
Twitter
Pinterest
WhatsApp
Linkedin
Email
Viber