Greek-American students will travel from the United States to Aristotle University at Thessaloniki, Greece to take a college course in Modern Greek 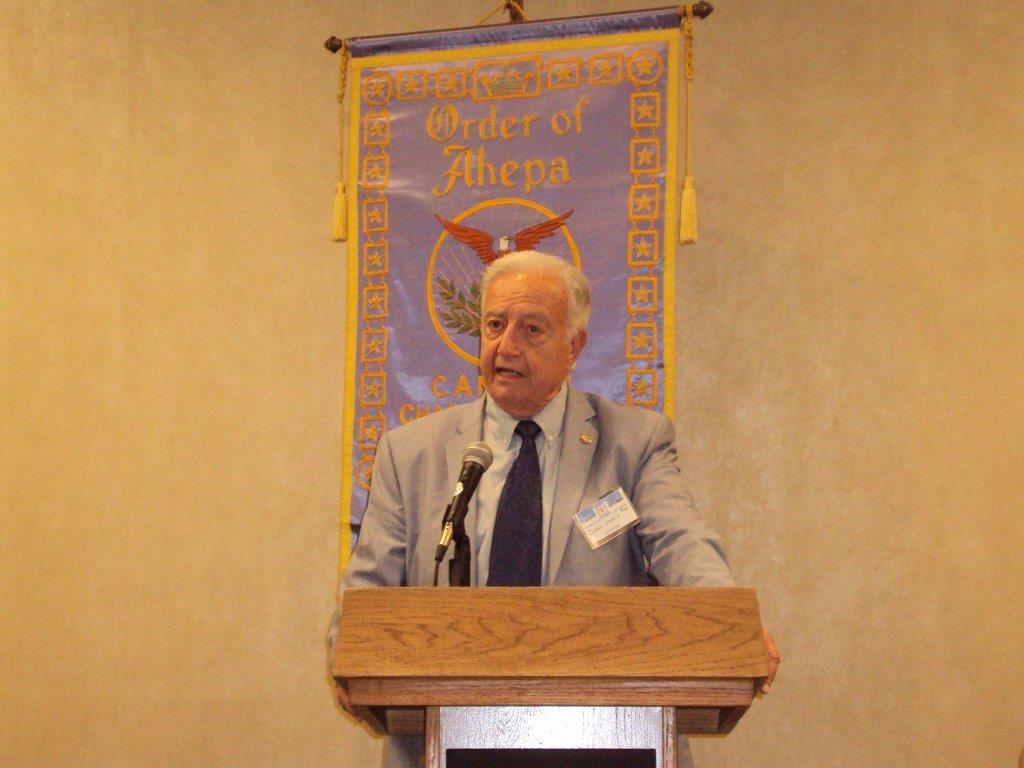 Brother Dean Lomis informed the committee that Wilmington #95 would like to host a September 11, 2014 non-denominational “memorial service.” This proposed is for Metropolitan Evangelos to approve and be THE chief Bishop of the rest invited to be held at the Holy Trinity Church Hall, Wilmington, DE, open to all, and with special invitations to Delaware’s elected officials. If our Metropolitan does not approve, the function will not occur.

Brother Dean Lomis spoke on education for Greek-American students who will travel from the United States to Aristotle University at Thessaloniki, Greece to take a college course in Modern Greek. The course will be two consecutive summers, (two) six week sessions, which equal two years of taking Modern Greek classes, 12 college credits. The tuition of 600 Euros (about $750) is for each year’s six-week, two three-week sessions,, amounting to 1200 Euros (about $1,500) for the two summers, 2015 and 2016. Not covered is the airfare, room and board. The students are immersed into the Greek language once they arrive. They do not speak any language other than Greek the entire time in Greece. The tuition also covers field trips.

Brother Bob Fourniadis spoke about the Public Relations position his chapter established last year because no one knows who we are inside the Greek community and outside the Greek community. The position was created to have press coverage, press releases, photographs, news stories, etc., and a tech savvy Brother was appointed to this role. News stories were done for chapter sponsored events such as the Ronald McDonald House, the Wounded Warriors, Cancer Research, St. Basil Academy, and team jackets were provided to a center for developmental resources for adults with the AHEPA chapter inscribed on the back of each jacket. The purpose of the Press Release position is to inform the non-Greek community and to reinforce the Greek community of the existence of AHEPA and our mission.

Brother Phil Vogis recommended District 5 AHEPA chapters reach out and assist fellow Greek graduates leaving Greece due to the economic crisis, arriving in the United States seeking employment and / or advancing their education through a link on the AHEPA website. Brother Phil will chair this committee which will become a District 5 project, through the District Lodge and inform chapters of these individuals to ensure networking with the applicants. Brother Phil informed the committee he receives emails from Brother AHEPANS seeking assistance.

Brother George Petrakakis spoke about chapters composing a trifold AHEPA brochure (which some chapters already have in use) which contain an application for membership on one side and the other to list the mission of AHEPA, recent highlighted accomplishments of the local chapter followed by same of District 5, and finally that of AHEPA successes in the United States. Every Brother AHEPAN should carry a handful of these brochures in his suit jacket and in church be able to approach prospective members with the brochure and recruit new members. Every adult Greek male should be a member of the Order of AHEPA. Not everyone will be actively involved, however there is strength in numbers when AHEPA speaks on issues relative to Greeks in the United States, Greece and Cyprus.

End of Good of the Order Report