CommunityChurchGreek Orthodox Metropolis of Chicago has announced a not-for-profit entity to be...
Church 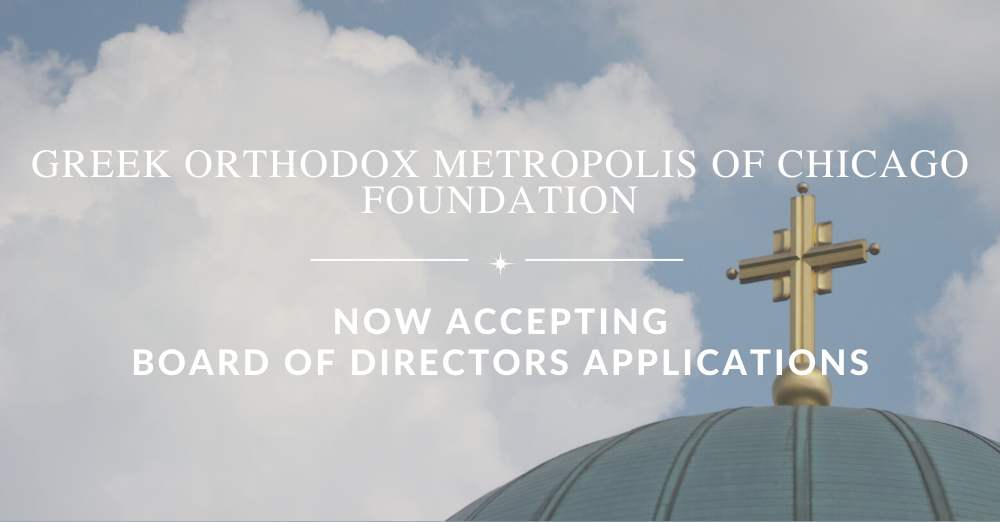 Applications, as well as background information about the Foundation, can be accessed on the Foundation’s webpage. Deadline for submission of applications is 5 p.m., Monday, November 16.

Approved by parish delegates of the 2019 Metropolis of Chicago Clergy-Laity Assembly, the Foundation will exist as a separate not-for-profit entity and will be composed of seven board members.

Through its structure and board oversight, the Foundation will safeguard and distribute funds in accordance with donor and/or board-imposed restrictions that support and advance the religious and charitable programs of the Greek Orthodox Metropolis of Chicago. The Foundation will report to the faithful on its operations and activities on an annual basis.

“The Metropolis of Chicago Foundation represents a rare opportunity, not only to support and grow our faith today, but to have a far-reaching, multi-generational impact. To realize this, we are looking for Orthodox Christians who are the best in their professions and who want to advance policies aimed at growth and change at an institutional level. We are eager to have conversations with candidates and look forward to the day the Foundation begin its transformative work,” said His Eminence Metropolitan Nathanael.