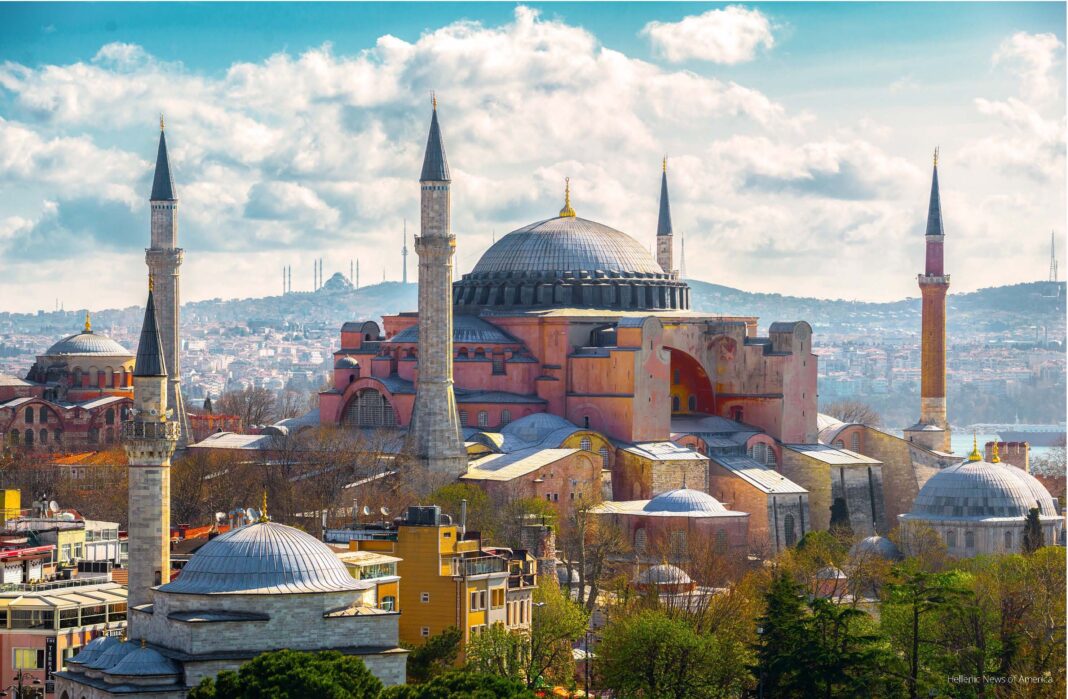 We would like to express our condemnation of the July 2020 decree by Turkish President Recep Tayyip Erdogan ordering the reclassification of the cathedral of the Hagia Sophia from a museum to a mosque. This infringement on the religious freedom of Christians is a Human Rights violation and the international community must act swiftly to denounce the Turkish government’s actions.

The Hagia Sophia is known as the “The Church of Holy Wisdom”.  The vital importance of this structure to human history is acknowledged by its status as a UNESCO World Heritage Site. The Hagia Sophia is one of the oldest Christian cathedrals in the world and has served as the seat of the ecumenical patriarch of Constantinople and the epicenter of the Orthodox Christian faith for over a thousand years.  Its construction in 537 A.D. by architect Isidore of Miletus was a marvel not only for Christianity, but as a pinnacle of achievement for all of humanity.  This structure represents the foundations of Christianity and the hallmark of enlightenment for all of mankind.

Over the course of history, the Hagia Sophia has fallen victim to Turkey’s anti-Christian and anti-Hellenic political agenda.  The Turkish government has prevented Christians from worshipping in Hagia Sophia for hundreds of years and now, with President Erdogan’s decree and the Turkish Court’s ruling, they have gone even further by transforming the status of this holy Christian monument to an operative mosque. This historical desecration of a sacred Christian monument and place of worship is an affront to all religious groups of the world.

This act of cultural aggression against the Christian faith merits a call to action by the people, leaders, and organizations of all faiths.  It also requires a response and condemnation by all foreign governments and international governmental organizations of the world as an infringement on the religious freedom of Christians.  We urge the international community and people of Turkey to assist with the restoration of the Hagia Sophia to its status as a Christian cathedral and place of worship.