Hellenic Pammachon Alliance & the Ακαδημία Ακριτών will be marching at the Greek Independence Day Parade in Tarpon Springs, FL on March 20th 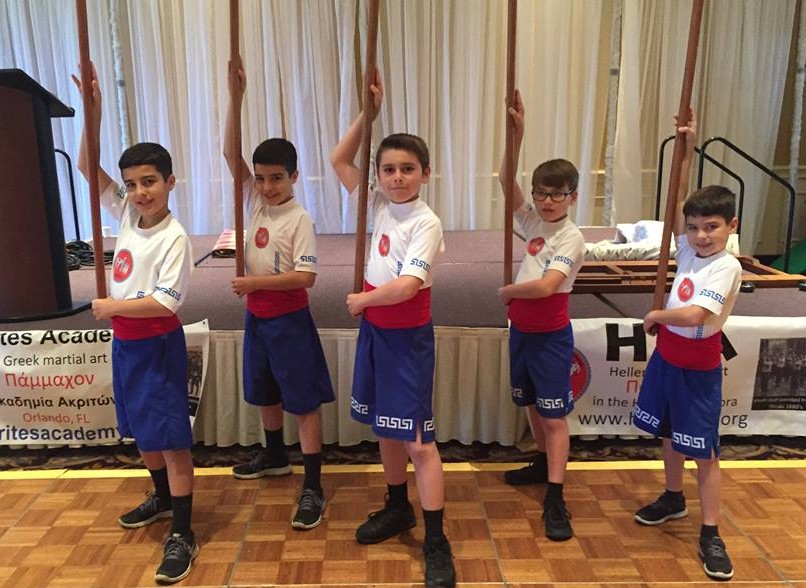 The 2016 Greek Independence Day Parade in Tarpon Springs, FL is on Sunday, March 20th at 1 pm. The Hellenic Pammachon Alliance non-profit & the Ακαδημία Ακριτών will be marching again. I am proud to announce that we have completed demonstration preparations via remote video collaboration with Πάμμαχον headmaster Kostas Pammachon Dervenis in Greece (who I should mention has received awards from NATO, the Hellenic Airforce and Hellenic Military for his role in training soldiers in hand-to-hand combat). 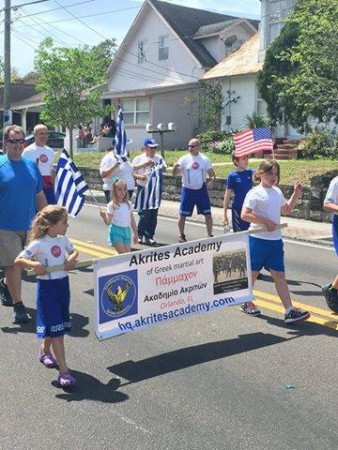 This demonstration of “Πάμμαχον: The 19th Century Tradition of Greece and Ancestral Lands” is intended to do the following:

If you want to be sure to see the whole demo, join us between 11 am and 1 pm as we prepare to march. We will be performing the whole demonstration. We will also perform where the parade participants disperse. On parade stops, we will also start the demonstration, but there is no guarantee that it will be completed at any given stop.