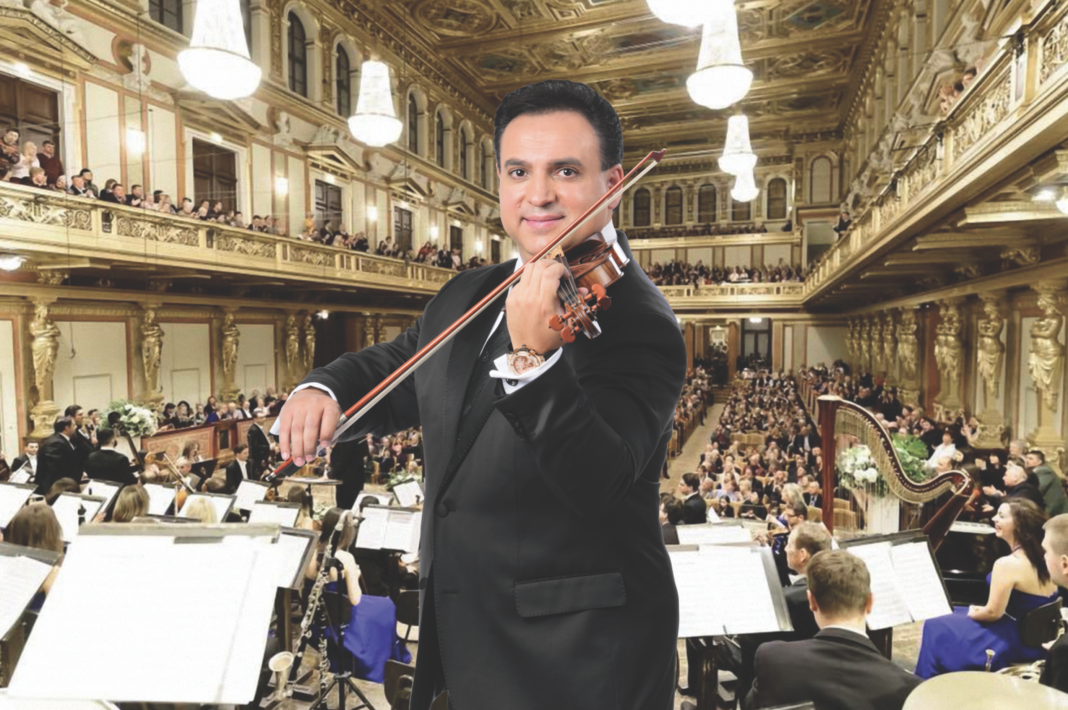 This April 11 at Stern Auditorium/Perelman Stage at Carnegie Hall, journey to the heart of Hungary and slip into a world of fabulous, fiery music. Zoltán Mága, violinist and crossover artist, is returning to the United States from Hungary with the Budapest Gypsy Virtuosi to sweep audiences off their feet. Other tour dates this April include LA, Toronto and Washington (for complete details, visit zoltanmaga.com).

Special guests for this evening include tenor Mario Frangoulis and violinist Shlomo Mintz. Traveling with Zoltán on this whirlwind North American tour is his hand-picked chamber orchestra, the Budapest Gypsy Virtuosi: a group of graduates from the Franz Liszt Academy of Music known for their incredible dexterity and impressive speeds.

As an artist, Zoltán Mága performs with a dazzling virtuosity and his crossover style distinguishes him as a violinist. His repertoire combines classical, Hungarian folk music, pop and jazz. He has performed on five continents and in about 100 countries, before kings, presidents, church dignitaries and celebrities, enchanting millions of people of all ages, worldwide.

He is a crossover artist in the truest form, performing folk songs back to back with pop favorites and classical masterpieces, all with a distinctive, fiery passion. He is not only a skillful entertainer but also a memory keeper and a musical archivist who blends the sounds of new cultures with old.

While known on stage for his virtuosity, Zoltán Mága’s career is driven by his desire to give back with the same energy, as well as to champion the music and culture of Hungary to both Hungarians and the international community. Zoltán Mága has an artistic mission to represent Hungarian cultural traditions around the world, and to strengthen the positive image of his native country. On January 1, 2009, he established the Budapest New Year’s Concert and he annually performs for a live audience of more than 12,000 people at László Papp Budapest Sports Arena in a grandiose, televised event broadcast throughout Hungary and internationally.

For his work on behalf of Hungary, Zoltán Mága has been awarded the title of Honorary Citizen of Budapest, Knight’s Cross Order of Merit of the Republic of Hungary and a Prima Primissima award.

Box Office at 57th and Seventh