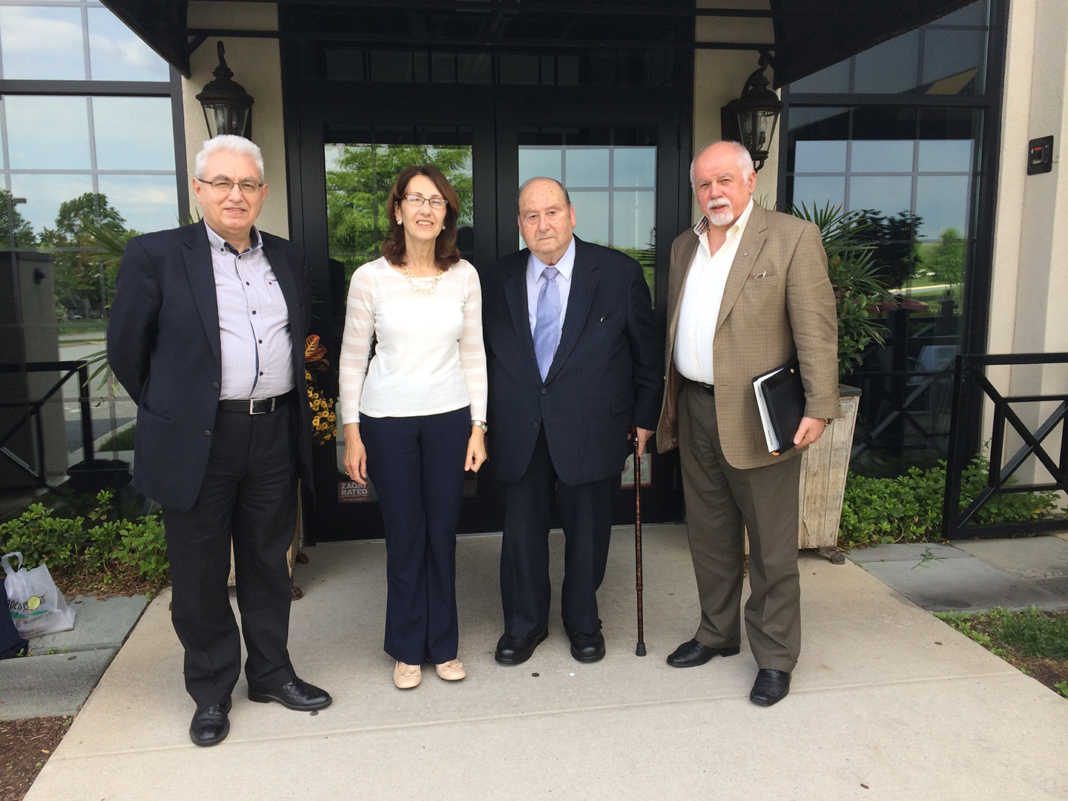 CENTRE FOR THE GREEK LANGUAGE

On the occasion of “International Greek Language Day” on February 9, 2019

The Greek language deserves to be learned and loved; for its virtues, but mainly because it has been the means of expression of a great civilization. A civilization, which, at the beginning of its long duration, shaped and codified the first and statutory layer of the higher vocabulary and concepts of Western civilization, and which ever since, in all its historical continuity, has not stopped evolving alongside the important historical moments of East and West. The Greek language deserves to be honored both because it is a valuable legacy for the Western world and because it is irreplaceable as the foundation of the Hellenic national identity.

To love something, however, means to come to know it. To come to know, first of all, acknowledged writers who have written in this language. The best tried and true way to do this is through Reading Circles: friends, classmates, fellow students meet at a friend’s house, in small groups, every one or two weeks, for a few hours, and read texts written by writers of their choice. One person reads out loud, and the others follow the text they also hold in their hands. For works of a foreign language literature (or Ancient Greek literature), some circles of fanatical readers will even pursue the practice where the reader reads from a translation and the others follow from the original text! It is not at all necessary that the reading be followed by a discussion or analysis of the texts. What is more important is getting to know the texts. This is the crucial part. By the act of reading, the static visual signal becomes a vibrating oral signal, and through the ear enters the hearts and minds. Thus, when someone learns a text verbatim, it is called by heart, or in French par cœur. If there has never been a better helper than the ear to learn a foreign language, the ear once again proves to be the catalyst that helps transform a text into the flesh and blood of a culture. This is how Greek literature enters the circulatory system of the modern era.

The practice of Reading Circles originates from Greco-Roman antiquity, and has continued in various forms until modern times: in school and at university; with pupils, students and teachers; with younger academic personnel, often meeting at the professor’s place. Such Circles often had very long life spans, and the readings, organized by groups of friends at the chairs of Greek studies, covered the entirety of small libraries. This experience was established by devoted philologists, philosophers, and translators; it has been treasured by great modern writers, who at times read their own works in progress there. It is not difficult for enthusiasts of the Greek language and literature to create reading circles; it takes, however, an unusual degree of loyalty and devotion to ensure their continuous functioning in the name of the figures of Greek literature we admire. As for reading in Antiquity, the most emblematic figure to be found is none other than Aristotle—whom Plato called “the Reader.”