Interview with Dolly Parton: The Queen of Country Music 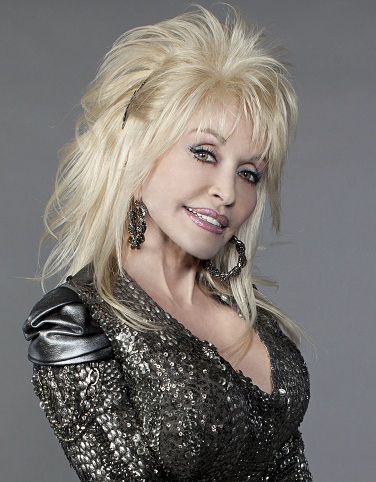 Interview with Dolly Parton: The Queen of Country Music

Veteran singer-songwriter Dolly Parton is an American treasure. She is the most honored female country performer of all-time, and a living legend in every sense of the word. I had the chance to talk to her about what motivated her on her latest album. Parton took some time from her busy schedule to chat with Greek-American journalist Markos Papadatos about her latest studio album Blue Smoke, which will be released on May 13 via Sony Music Masterworks and Dolly Records. This marks the first release of new music from Parton since 2011.

Throughout her illustrious career, which has spanned approximately five decades, she has had 25 songs reach to the top of the Billboard Hot Country Songs charts, a record for a female artist. Parton has had 41 career Top 10 country albums and 110 career radio singles that have charted over the last 40 years. Her singles, albums, hits collections, digital downloads and compilation usage have sold in excess of 100 million records worldwide.

Her mantel is quite extensive. It is lined up with 7 Grammy awards, 5 Academy of Country Music (ACM) awards, 3 American Music Awards (AMA) and 10 Country Music Association (CMA) awards; moreover, she is one of only a handful of female artists that have been crowned “Entertainer of the Year” by the CMA.

Most impressive about Parton is the fact that she is a prolific songwriter who has penned well over 3,000 songs which include “I Will Always Love You,” her most successful single to date (that was subsequently covered by Whitney Houston becoming an international hit), and her autobiographical “Coat of Many Colors” is the tune that she has always claimed as her personal favorite.

On January 4, 1969, she became a member of the hallowed Grand Ole Opry and in 1999, she was inducted into the prestigious Country Music Hall of Fame and Museum. In 2006, Parton was a Kennedy Center honoree, where she was serenaded by such artists as Jessica Simpson, Carrie Underwood, Kenny Rogers, Shania Twain and Alison Krauss.

On her proudest professional accomplishments, Parton attested that she is indeed proud of a lot of things. “A lot of times people ask me ‘what am I most proud of?’ There are great highlights. I think I am proud of the fact that I have had an opportunity. Now that I am an older person, to honestly say that I have lived to see my dreams come true cause I know that a lot of people, don’t. A lot of people have the same dreams that I do. A lot of them more talented; write better songs, sing better songs, better performers, work just as hard and never actually had the success that I’ve had. So every single day I’m just grateful and thankful, that I’ve been allowed to see my dreams come true,” the gracious singer remarked.

A Tennessee native, Parton expressed her gratitude for all of her dedicated fans out there. “Now there are some highlights, that are important to me, things like when I became a member of the Grand Ole Opry, back in the late ’60s and the Kennedy awards and things like that. When I started the Imagination Library, the literacy program that I have and saw that become such a big success. So there are many, many things that I am very proud of, and hopefully, they’ll be lots and lots more. The biggest thing is, Hey I’m like Minnie Pearl, ‘I’m just so proud to be here,'” Parton said.

Aside from her musical endeavors, she is a philanthropist and a talented actress who has appeared in such noteworthy films as Nine to Five, Steel Magnolias, The Best Little Whorehouse in Texas, Rhinestone, Straight Talk and Joyful Noise. She has earned two Oscar nominations in the “Best Original Song” categories for penning such tunes as the title track for “Nine to Five,” as well as for “Travelin’ Thru,” a song from the motion picture Transamerica.

With her newest Blue Smoke CD, Parton is extremely driven and she shows no signs of slowing down anytime soon. “The new CD is called ‘Blue Smoke’ and we are calling our tour the ‘Blue Smoke World Tour.’ The reason I call it ‘Blue Smoke’ is because it has a lot of bluegrass flavors in it,” she said.

The iconic songstress revealed that the same holds true for the classic Bon Jovi rock song “Lay Your Hands On Me” that she covered for the new project since she “used banjos and fiddles and country flavors in it.”

Her new album consists of “You Can’t Make Old Friends,” a collaboration with fellow Country Music Hall of Famer and musical companion Kenny Rogers. “Working with Kenny is like being with a soul mate. Even if we don’t see each other for months, it’s like we never separated. We’re just attached at the soul,” Parton said.

Their duet, which also appears as the title track of Rogers’ latest studio album, was well-received by fans and critics alike, and it subsequently garnered them a 2014 Grammy nomination for “Best Country Duo/Group Performance.”

Country music pioneer Willie Nelson also collaborates with Parton on this project on the track “From Here to the Moon and Back.”

Following the release of her new album, she will bring the music to her fans, embarking on a world tour where she will play shows in the United States, as well as in England, Ireland, Scotland, Denmark, Germany, Norway and Sweden.

When asked what motivates her from day to day, the irrepressible singer stated that she is inspired simply by “life” itself. “I wake up every day, I’m intrigued by, fascinated by and aggravated by all sorts of things that go on. I actually find people fascinating and life fascinating. Trying to figure all that out. Trying to figure out how I’m going to fit myself into that. How I’m going to handle this, how I’m going to respond to this and what kind of person am I going to be after I’ve responded to that, or if responded to certain things a certain way is going to make me a better or a less person. So, I actually just kind of get up every day, I mean we don’t know why we’re here, we don’t know how long we’re going to last. We just know we better be doing something or life’s going to be very boring. So I wake up every day. Expecting things to be good and if they’re not, I set about trying to make them as good as I can. By the end of the day, I like to feel like I’ve tried to do my best and make that day as good a day as I can make it,” Parton explained.

Regarding the key to longevity in the music industry, Parton shared, “Well, first of all, you got to find out for sure if you’ve got the talent. You’ve got to have real talent, and then if you do, you need a plan.”

She continued, “You need to find the right people to help you, but more than anything, you have to kind of stay grounded in who you are. If you work hard and if you’ve really got the talent and you pray hard, I see no reason why it couldn’t happen. I think, through God, all things are possible.”

Parton concluded our interview by furnishing her definition of the word success. “The word success, I guess, means something different to everybody. But I think if you’re a true success, it doesn’t mean that you’ve just made it at what you’ve wanted to do. Like you’ve become a big star or your songs have been hits, I think you have to be a success as a human being, as well.”

She continued, “I think it’s how you respond to things, how you accept and respond to your own success and kind of know what you’ve been through. Note your sacrifices, knowing the things that you had to do and I think you’re a success if you appreciate and know and humble yourself before God and people, for that matter. It’s just like you need to know how lucky you are. If you’ve been fortunate enough to see dreams come true, in my case I have, but I paid my dues. I think I’m successful because I acknowledge and respond to all that. I always say I’m going to give God the credit but I definitely want the cash.”

If country music had a leading lady, Dolly Parton would be the empress. For all of her contributions to the worlds of music, film and television, it is safe to say that Parton stands out as one of the greatest entertainers of our time, and one thing is for sure. We “will always love you” Dolly, to quote her signature song.