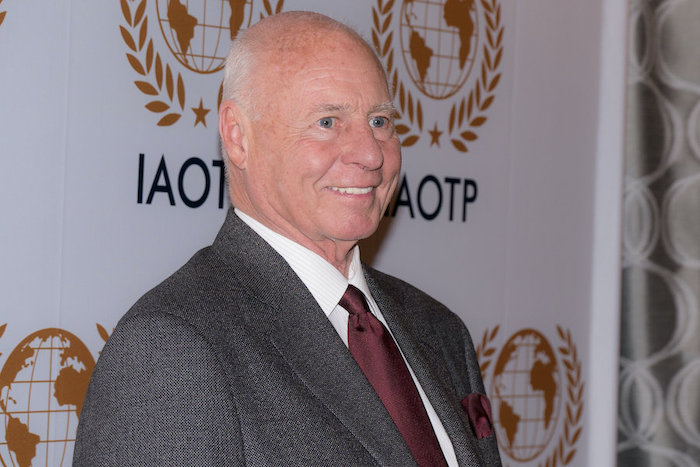 Acclaimed trial lawyer Thomas Girardi chatted with HNA’s Markos Papadatos about his respected career. He is regarded by his peers as one of the nation’s top trial lawyers and he has represented victims for nearly 50 years.

In 2003, he was inducted into the coveted Trial Lawyer Hall of Fame by the California State Bar; moreover, Girardi is the first trial lawyer to be appointed to the California Judicial Council, the policymaking body of the state courts.

Girardi is an attorney and founding partner of Girardi & Keese, who was selected as the “Business Innovator of the Year” in 2018, as well as “Lawyer of the Decade” for 2018 by the International Association of Top Professionals (IAOTP), for his outstanding leadership, dedication and commitment to the legal profession. More recently, in 2020, he earned the “International Legendary Lawyer Award” from the IAOTP.

He is the noteworthy trial lawyer whose case was the inspiration for the film, Erin Brockovich, which earned Julia Roberts an Academy Award for “Best Actress.”

With your landmark case against Pacific Gas & Electric Co (PG&E) that inspired the movie Erin Brockovich, did you know that this case was going to change the world so significantly?

“I certainly did not, but you know it really did mean a lot,” he said. “People really didn’t have much of a realization of ground contamination until that case. Before, environmental cases they weren’t really very viable. Then all of a sudden this case told people how serious some of these issues could be. Obviously Julia Roberts made it pretty good to watch and of course raise awareness to the world.”

“To this day if you have a toxic case and you are selecting a jury, the jury is

always asked, “Have any of you ever seen the movie Erin Brockovich?”

“Usually, all but one will raise their hand. That doesn’t happen with any other movie or anything like that, so it had a huge impact, without a doubt, on the environment and how important it was to the world. Over the years, in some memos that were privately passed on to me from companies that said ‘We better clean this up, or Girardi will be all over us with another Erin Brockovich,” he explained.

“In short, it truly did have a strong impact and then Erin’s role was played so well, she’s such a terrific person, but I think the whole the whole population and the world learned an awful truth, that stuff was in the soil, it’s in the air, and it can really hurt you,” he added.

Your career as an attorney is what legends are made of, so much you were the first trial lawyer to be appointed to the California Judicial Council. What made you decide to put your talents toward becoming a plaintiff lawyer taking on some of the biggest opponents in the world, including major movie studios and Big Pharma?

“Big Parma and these types of companies are tough to go after. Even if I am not as good from a legal standpoint as perhaps they are, I have the facts to back me up. In the end, that goes a long way.”

“I like to call it the types of cases treasure. I call them this because they are guilty of the fact that they knowingly are doing things that are going to hurt people from the products they are making. In most cases, you will almost always find an ex-employee who is willing to come forward and provide the ‘treasure’ of an email or a memo to support the facts. Once a jury hears the truth that a company knew they were doing wrong and did nothing about it, well then the facts speak for themselves and those bits of information mean everything for our cases,” he elaborated.

If you could plan a day with your lifetime mentor, who would that mentor be and what would you propose for plans?

“That’s a hard question. There are so many people doing incredible things but definitely looking back one of my first jobs out of law school was working for Eleanor Rowe and David Harney. I learned more working for them then all of my time in law school.”

In his personal life, Girardi is married to Erika Jayne of The Real Housewives of Beverly Hills.

To learn more about Thomas Girardi, check out his official website and his law firm’s official homepage.