CommunityPoliticsIt’s time to unite in saying no, "OXI.” to Erdogan’s Turkish aggression
Politics

AHI to Blinken: Appeasing Erdogan Is Not the Answer 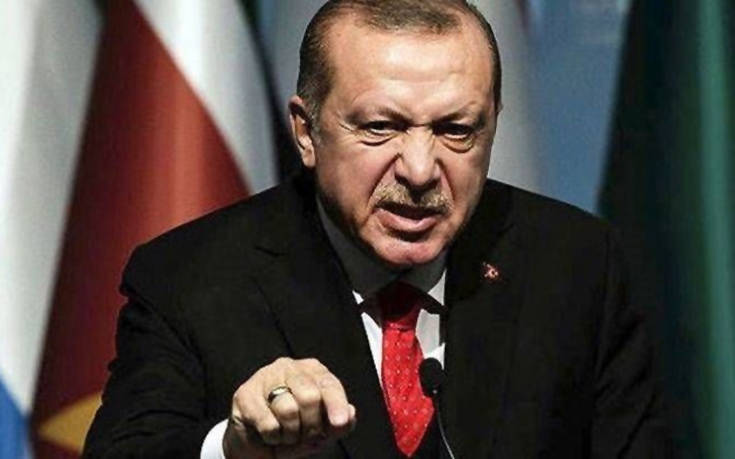 The UN, EU, NATO, and the US are failing peace and freedom loving nations and peoples as Turkish President Recep Tayyip Erdogan’s authoritarian Islamist government continues to support his direct acts of passive and active aggression against UN member states, EU member states, NATO Allies and Partners, and US interests.

Failure to reign in Erdogan is destroying the credibility of peace and freedom loving nations, the EU, NATO Alliance, and the US in particular. Erdogan’s hostile acts embody and represent the types of threats the Alliance and the United States are committed to deterring and defeating. From the desecration of Christian UNESCO World Heritage sites in the conversion of The Haghia Sofia and thousand-year-old Byzantine Church of the Holy Savior in Chora into mosques, support for the human trafficking of migrants into Europe, violent attacks and oppression of Kurds in Turkey and Syria, diplomatic security force attacks on US citizens in Washington, DC, support for Islamic terrorists and militias in Syria, Northern Iraq, and Libya, violations of EU air space and territorial waters, illegal exploration of oil and gas in the Exclusive Economic Zones of Greece, Cyprus, and Israel, illegal claims of sovereignty in the Eastern Mediterranean, purchase of advanced S-400 Russian weapons systems, imprisonment of political opponents and journalists, enduring illegal military occupation of the northern part of EU member, Cyprus, and support for Azerbaijan’s current genocidal attack on Armenian Christians in Nagorno-Karavakh, Erdogan’s Turkey poses the greatest threat to Western civilization, peace, and stability since the rise of communism and the expansionist aims of the Soviet Empire during the Cold War.

It’s time for the EU, NATO, US, and our Partners to reign in Erdogan and his destabilizing acts that threaten peace and stability from Europe to the Balkans, to North Africa, to the Eastern Mediterranean, to the Middle East, and to Central Asia. The US Congress and Senate’s passing of “The Eastern Mediterranean Security and Energy Partnership Act of 2019,” recently signed into law, is a notable step in the right direction in affirming the important strategic partnership between Greece, Cyprus, and Israel. The legislation, however, lacks the authority to allocate the resources required to effectively empower this strategic partnership. The urgency to transform this bill into a meaningful joint US and European effort of the scale needed to enable Greece and Cyprus to upgrade their military forces, coast guards, border protection forces, and procure the technologies and systems needed to protect Europe’s borders, security, energy security, economic interests, and freedom has never been greater. Turkey’s destabilizing actions must be addressed decisively and immediately with meaningful actions, not just words.

Erdogan’s Turkey has shamelessly become a terrorist sympathizing adversary posing as an Ally. France’s recent recall of its Ambassador in Ankara due to Erdogan’s condemnation of France”s crackdown on radical Islam following the public beheading of a French school teacher in France is the boldest move by an EU nation to date, but meaningless with France acting alone. it’s time for bolder action. It’s time to initiate a joint effort to reign in Erdogan’s Turkey with coordinated continuous EU, US, and Partner Nation “Freedom of Navigation” air and maritime operations to remind Turkey, as is customary to remind an adversary, where its borders end and responsibilities as an international law-abiding nation-state begins.

Commander Demetries Grimes is a former US naval officer, aviator, Secretary of Defense Executive Fellow, and diplomat. He has served as Naval Attaché to Greece, Naval Attaché to Israel, Deputy Commander of the US base in Crete, and Advisor to NATO’s Maritime Commander in London, UK.