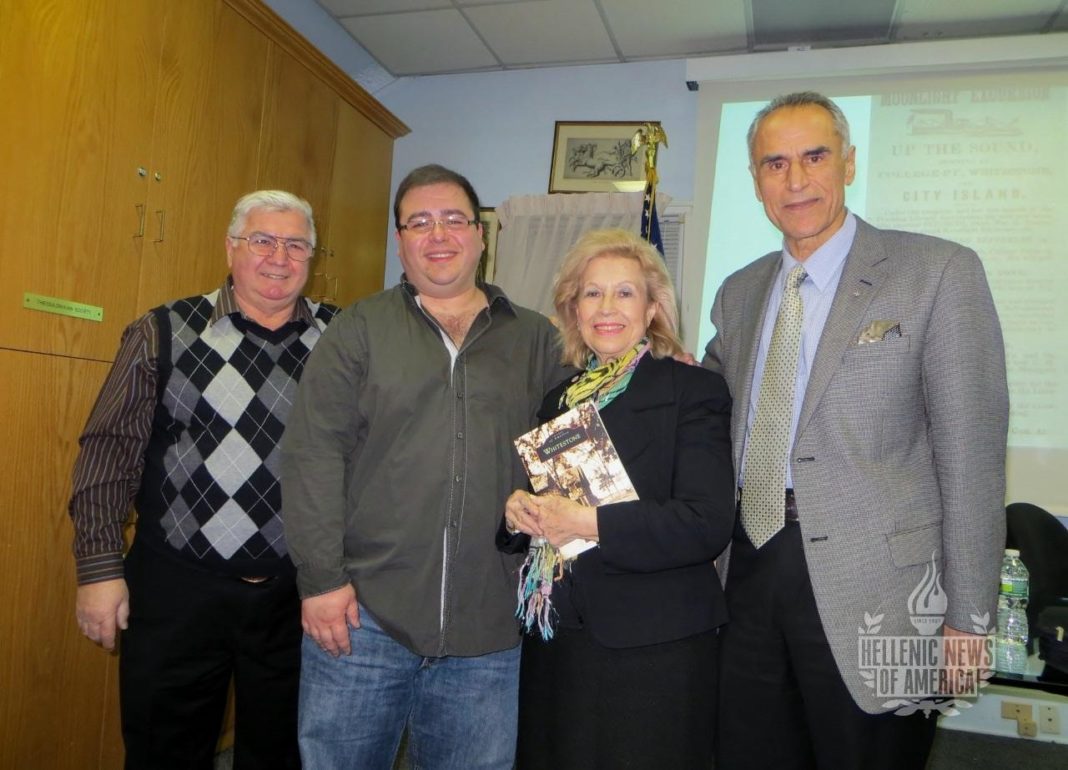 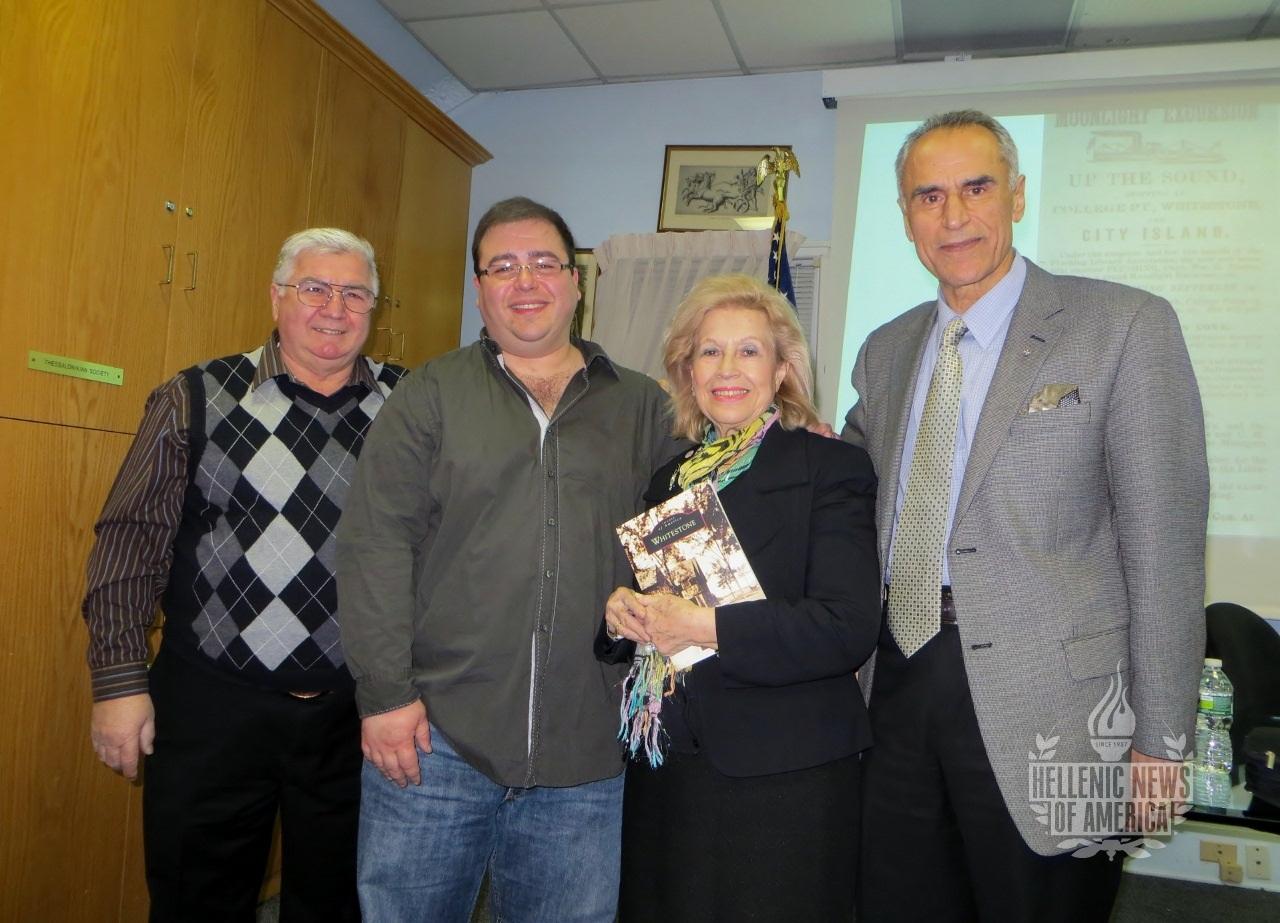 “Whitestone became an idyllic spot for celebrities and upper class citizens,” said Jason D. Antos, author of the book Images of America: Whitestone. “The quiet country setting by the seaside just 10 miles outside of Manhattan was the perfect combination…In the years that followed, Whitestone experienced an expanding population…Whitestone’s cultural landscape has changed since the time of the Dutch. The town consists of Irish, Greeks, Koreans and Italians. Many families have lived there for generations, since before the time of the 1939 New York World’s Fair.”

In a unique lecture on Friday evening, February 1, author Antos presented his exceptional book to an audience that filled the hall. The Pan-Macedonian Studies Center, in collaboration with the Queens Gazette newspaper, hosted the lecture on the history of Whitestone. A reception and book signing followed. Prominent persons from the community attended. The Pan-Macedonian Studies Center, Inc. is located at 149-14 14th Ave., Whitestone, N.Y.

Jason D. Antos represents the emerging Greek-American youth. Many of our youth has either a Greek father or mother and an American parent. They who want to remember their roots. Author Antos explained “my great grandfather came from the Peloponnese. The family name is Antonopoulos shortened to Antos. They immigrated to Corfu and later to Othoni. There are no police on Othoni near the Albanian border. I know the whole town of Corfu and love it.” He understands Modern Greek and opened his speech with the greeting “Kalispera” (Good Evening). The Whitestone resident has written four books, including: Whitestone, Images of Baseball; Shea Stadium, Queens: Then and Now and Flushing: Then and Now. He is currently the associate editor and a reporter at the Gazette.

“Today, Whitestone is a town caught in a battle between preserving its past and the creation of a new modern suburb,” he said. “The latter is currently winning. Historic places, due to fact that they are not listed as a historical or national landmark, have met their fate with the bulldozers of real estate companies that are tearing up these structures at an alarming rate. New structures are rapidly dotting the landscape: on average, three homes a month have a date with the wrecking ball, causing the Whitestone of the past to slowly slip into the darkness of obscurity. That is the reason for this book. Its publication is not only to serve as a time capsule for those who remember, but for the future generations of Whitestone and New York City who otherwise would never have known about the glorious days gone by.”

Elias Nefytides, a founder of the Pan Macedonian Studies Center and President Kostas Hatzistefanidis, expressed the sentiment that “promoting our youth is promoting our future and Hellenism in the United States.” Dr. Vasiliki Filiotis, President of the Prometheus Greek Teachers Association, said (Mr. Antos book is well written on the history of Whitestone. His knowledge of old houses, mansions and famous people is unique.” Zoe Alikakou, from the island of Evia, congratulated Mr. Antos “for his exceptional books, making him a famous author in the United States. He is famous in our neighborhood of Whitestone for his books.”

Today’s Macedonian is dedicated to his/her homeland. Many are the descendants of the ancient Greek communities of Asia Minor and the Pontus who came to this homeland after the 1922 Asia Minor Catastrophe. Their industriousness and business ability has brought about the phenomenal prosperity of Macedonia.

WHEREAS, It is the sense of this Legislative Body to recognize that the quality and character of life in the communities across the great State of New York is reflective of certain exemplary institutions whose purpose is dedicated to serving the community and the needs of its citizenry; and

WHEREAS, Attendant to such concern, and in full accord with its long standing traditions, this Legislative Body is justly proud to commemorate the inauguration of the first Greek-American library established and operated in New York City at the Pan-Macedonian Studies Center, Inc. in Whitestone, New York, to be celebrated on Friday, January 20, 2012; and

WHEREAS, The inauguration and blessing of the new Greek-American library will be officiated by His Eminence Archbishop Demetrios of America; and