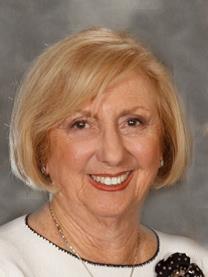 Kay Lokoff, 81, of Philadelphia, was the founder of the Terri Lynne Lokoff Child Care Foundation (TLLCCF), a nonprofit, nonsectarian 501 (c)(3) organization. She created the foundation with her husband, Fred, in August of 1987 to honor the memory of their daughter, Terri, who died tragically in a car accident in July 1986. The foundation became Kay Lokoff’s life raft. It kept her afloat and enabled her to live the second half of her life, which ended suddenly on December 28 while she was on vacation in Florida with her family.

Lokoff learned about the importance of quality child care from her daughter. A devoted child care teacher, Terri earned her bachelor’s degree in early childhood education. She had an extraordinary sense of devotion and love for her work and felt strongly about the need to improve the quality of child care. She shared her views and passion with her mother. Following Terri’s death, Lokoff, knowing nothing about child care except what she had learned from her daughter, partnered with Federation Early Learning Services in dedicating one of its centers in memory of Terri. From there, she began to recruit friends and family to help her raise funds to rejuvenate inner city child care centers and to advocate for early care.

Along the way, Lokoff was instrumental in bringing change to corporations by recognizing many Fortune 500 companies with an award for making high-quality child care available to their employees. She worked with then-Mayor Ed Rendell on establishing the Pennsylvania Office of Child Development and Early Learning in Philadelphia. She also created the Child Care Center Enhancement Grants to give child care centers in the five southeastern counties of Pennsylvania funds to improve their educational programs and equipment to ensure the health and safety of the children. In addition, she established a teacher recognition program that has now become national: the Terri Lynne Lokoff/Children’s TYLENOL® National Child Care Teacher Awards.

In 30 years, through Lokoff’s efforts and inspiration, the Terri Lynne Lokoff Child Care Foundation has raised $10 million in grants and awards to child care centers, child care teachers and providers, and college students majoring in early childhood education. Forty years of research tells us that the dollars the TLLCCF has invested directly in early care and education programs will return as much as $45 million in benefits, both to the children touched by the programs and to society.

Every year, at the National Child Care Teacher Awards program, Pennsylvania Representative Jim Roebuck, the Democratic chairman of the House Education Committee, has been a keynote speaker as 50 child care teachers from around the country are honored. He always praised Kay and Fred Lokoff for their passionate pursuit of quality early childhood education for all children.

The foundation’s mission, in addition to improving the quality of child care, is to support and elevate the status of child care teachers and providers; raise awareness of the need for affordable, quality child care; and partner with business and government in making child care a priority. Since the foundation’s inception, Lokoff has received honors and accolades for contributions to the child care community, including Children’s Village, the Please Touch Museum, the Ken-Crest Kensington Center, Montgomery Early Learning Centers and the Montgomery Association of Retarded Citizens. She was also a trustee of Federation Early Learning Services, where she served as secretary and chaired several committees.

A graduate of Pennsylvania State University, Lokoff met her husband in college, and they were married in June 1956. She was the mother of Steven, Robert, Jamie and the late Terri, and the grandmother of eight. While raising her family, she was involved in school committees, like the Lower Merion School District Interschool Council, as well as charitable organizations and political activities. When her children were grown, she became more active in her husband’s business, Bryn Mawr Stereo.