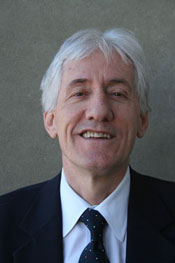 George S. Tsandikos, Chairman, announced that Leadership 100 has reached its decades-long goal of 1,000 memberships. “We are delighted to announce that Dr. Aristotle Michopoulos, Professor and Chairman of the Classics and the Greek Studies Department at Hellenic College in Brookline, Massachusetts, is our 1,000th member. He is one of 30 new members to join to date in 2016.”

Tsandikos stated further: “We are truly grateful to the great work of our Membership Committee, Chaired by Ted Zampetis, the dedicated efforts of our Board of Trustees and our members, and the steadfast commitment of our Executive Director, Paulette Poulos, in reaching this historic goal. The fact that our 1,000th member is a professor at Hellenic College is of symbolic importance as Hellenic College/Holy Cross School of Theology has been a major recipient of our grants, especially including scholarships for seminarians. With such an increased membership, we will be able to expand our grants.”

Dr. Michopoulos said, “I am proud to join this prestigious organization of Christian stewards, Hellenes and philHellenes who support the ministries of the Greek Orthodox Archdiocese and promote and advance Orthodoxy and Hellenism.”

Dr. Michopoulos is a graduate of the University of Athens and holds an MA degree from the Graduate Center of the City University of New York and a PhD from Florida State University. He taught at Florida State University and the University of Florida, prior to his appointment at Hellenic College. From 1995 to 1996 and from 1997 to 2002, he served as Dean and Acting Dean of Hellenic College. He has conducted research in Greece and the United States with support from the Greek Government Foundation, the U.S. Department of Education and the Fulbright Foundation. He is the author of numerous journal articles, books and translations of Greek prose and poetry. His research interests revolve around Greek language and history and education, especially the Greek American scene.

According to Paulette Poulos, the members who have joined to date in 2016 come from seven Metropolises and the Direct Archdiocesan District. “On June 5th, we welcomed five new members from Zampetis’ home Metropolis of Detroit, including his two granddaughters as Junior Members, bringing to seven the members of his family who belong to Leadership 100.”