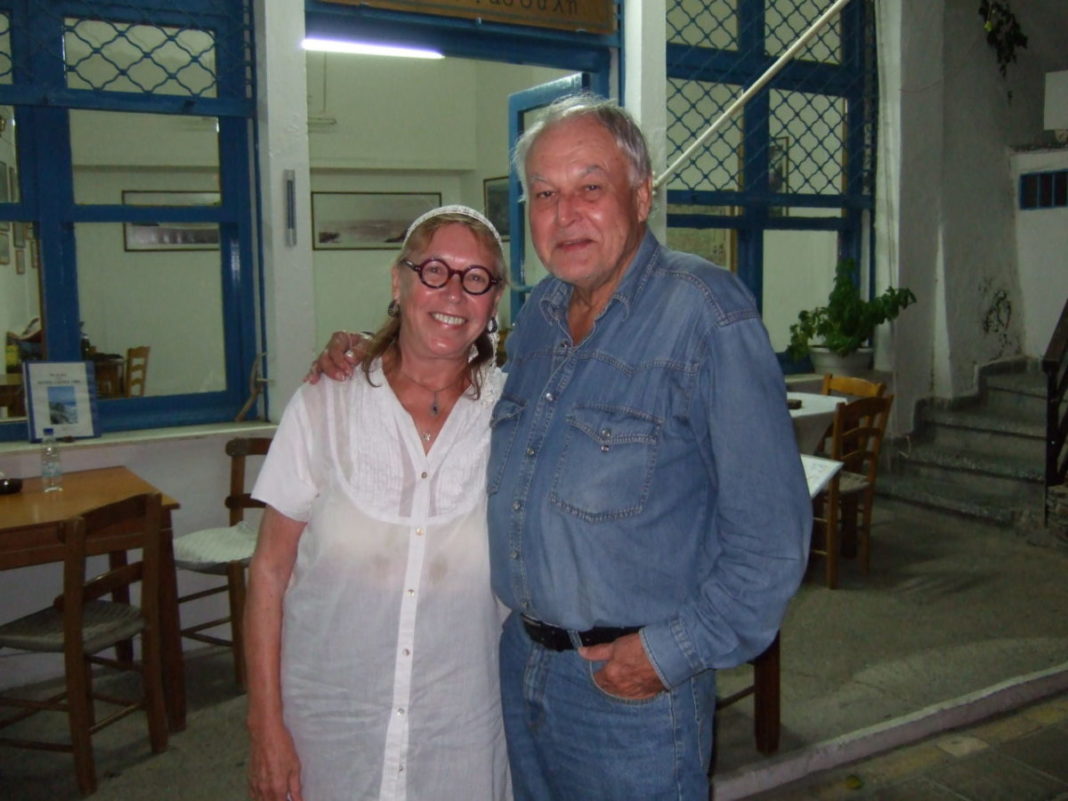 It is not often that a Village offers a throne for a King or a Queen, but there is a legend that  such an offer was made several years by inhabitants of the tiny Village of Chora Sfakion in southern Crete, and that it still stands today .  Its 265 inhabitants, more or less, are not of one voice, but more on this later.  The fact is that the Royal Chair is there for the taking. All one has to do is solve the problem of “No Left Turn.”

Let us set the scene:  Chora Sfakion is the capital of Sfakia, one of the most rugged  landscapes on Crete,  the  “The Great Island” of Greece.   It is also an area of spectacular natural, unspoiled beauty.  The capital of this paradise is so tiny that one can walk from one end of the picturesque harbor to the other in less than five minutes.  Each year, however, hundreds of thousands of tourists  have stepped on the shores of Chora Sfakion, but few of this number have dined at its taverns or stayed in its hotels.  Why have so many left their footprints, but not their euros?  The problem has everything to do with the Samaria Gorge.

The Samaria Gorge is said to be the second largest gorge in Europe (the largest, at a reported twenty-five  kilometers, is The Gorges Du Verdon  in France) and is approximately sixteen kilometers long.  Tourists come from all over the world to hike this rough terrain with its stunning views and profusion of flora and fauna.  The journey usually  begins and ends in Chania.  Most  come by bus from Chania to Omalos where the  trek down begins.

They enter the gorge by descending wooden steps called  Xyloskalo and they end the hike at the village of Agia Roumeli on the Libyan Sea.  It is  here that hikers board the Daskalogiannis ferry to Chora Sfakion where buses await to take them back to Chania, a ride of less than two hours.

The buses run on a strict schedule, and must be boarded on time.  Hence, when the ferry docks at Chora Sfakion, owners of the tavernas, shops, and hotels, woefully watch the parade of hundreds marching from the ferry to the small hill at the top of the pathway where the buses are parked.    Few hikers, if any, turn left and march into the Village.

The owner of a taverna told me he can no longer watch as the hikers disembark because, he wailed,  “I do not see people marching away, I see euros.”  I interviewed a number of residents and learned that it has been impossible to come up with a solution.  The bus companies will not change their schedules and no amount of advertising has been effective in luring tourists to stay for a night or two before returning to Chania.

Not all residents want the situation to change.  One elderly woman said she treasures the peace and quiet of Chora Sfakion and thinks an invasion of tourists will ruin the village.  Many young people, on the other hand, say that because of Greece’s bleak economy they may have to seek employment outside the country.  They would welcome the tourists and their euros so they can stay where they were born.

I have stayed in Chora Sfakion many times over a ten year period when I was doing research for my novel, “Labyrinthine Ways.”  I came for the solitude and the tranquility.  My favorite time is the evening when I dine by the shore listening to the sound of the waves and the trilling of the cicadas.  Taverna owners actually voted to have no music coming from their establishments so that all we hear is nature’s sweet sounds.

Chora Sfakion is so precious that a German photographer, Wolfgang Kistler, considers it “the hub of the universe,” and has taken thousands of photos.   He seldom goes elsewhere on holiday, and has been coming to Sfakia for over thirty years.  Mr. Kistler  has an outstanding collection of photographs on his website at www.wkistler.de

There is a nice range of accommodations, from small rooms to moderately priced hotels, to the four-star Vritomartis, a “naturist” resort.   My choice is Hotel Xenia with  its own private beach area, an elevator, and a dock where small boats will take you on excursions.  The owner has a grille outside where he prepares the evening meal.  The food offered by almost all the restaurants is grown locally and is “farm to table.”   The fish is always the fresh catch of the day.  Prices, compared to what one would pay on one of the Cycladic islands, for example, are very reasonable. Taverna Obrosgialos offers a lobster and spaghetti dinner second to none and the Lefka Ori  Taverna, run by a couple  and their three sons, prepares a fish soup that is worth the two and a half hour drive  from Chania to Chora Sfakion.

If you are a hiker, there are a number of trails that begin in the Village and the Lefka Ori Taverna has a list. The Imbros Gorge is nearby and ends in the village of Komitakes.  It is much smaller than the Samaria and is an easier walk.  This gorge has narrow passageways and is very scenic.

A  lovely day can be spent taking the 10:30 am Daskalogiannis ferry to Loutro, a village where no cars are allowed, and enjoying  the afternoon there. Loutro has been called “that magical place.”  Or you can take the ferry all the way to Agia Roumeli where the gorge ends and simply walk around or do what I do, which is hike the gorge “the lazy way.”  I walk just part way up and the few times I have done this, I saw very few people, but I saw many kri-kri, the feral  goats also called “Agrimi,,” and found only on the island of  Crete.  Their coats are light brown and dark brown rings cover their necks.  Shy animals, they avoid humans, but can be seen climbing cliffs that appear to be almost vertical.

Other options are to  hire a small boat docked at Hotel Xenia and have the captain take you  for a trip to other villages washed by the Libyan Sea.  Or, simply sit at the Hotel Delfina and enjoy the splendid view of the port.

Someday someone will come up with the solution to “No Left Turn.”  Perhaps it will be you.  Perhaps the solution will come to you  when you step foot on that magical place called Loutro.   Perhaps it will be when you are walking slowly, “the lazy way,” up the Samaria Gorge, watching the kri-kri, or when you are having your evening meal by the sea .  It may happen during a period of exquisite  silence when you are hiking alone on a plateau and are one with nature.   Your senses will be alive as never before as you surrender yourself to your pristine, unadulterated  surroundings, listening to the rhythm of the waves and the calls of the cicada.

Many myths have been told about the  cicada and the most interesting are found  in ancient literature. In The  Iliad, for example, it  is suggested that the insects shed their skins, live underground for long periods, and are then re-born as “souls.” These spirits, , it is said,  were once men who have undergone the cycle of birth, death, and re-birth.  Because of this metamorphosis, they are protected by the Muses and therefore  attain a higher level of knowledge.  The key word here is “knowledge.”

I relate this information  because one evening I was sitting in Hotel Delfina watching the moon beams dance on the Libyan  Sea when I heard a chorus of cicadas.  Their trills, at first almost muted, gradually  became more urgent and incessant, as though they were trying to reveal a secret.  Remembering the myths about the powers of the cicadas, I listened carefully.

Suddenly, I knew how to make the left turn a reality.  I knew how to make the hikers turn left and spend their euros in Chora Sfakia rather than going directly to the buses.  “Why is it that no one has thought of this before,” I mused, “it is so very obvious.”  I smiled, not because I was so pleased with myself, but because I was happy  with the decision I had reached.  I was not going to seek the Crown.

When I disembark from the ferry, I will be one of the few who choose not to board the buss for the return to Chania.  Instead, I will turn left and spend time and euros in the Village.  I  will not, however, reveal the solution to the problem  to anyone.    Why? Because Chora Sfakion is a special place for the gods, Muses, and mortals such as I who treasure solitude.

Yes, I will take the secret with me, but I will think of it whenever I hear the cicadas sing.