Lieutenant General Ilias Leontaris, the new National Guard Chief, was sworn in, on Friday, at the Presidential Palace 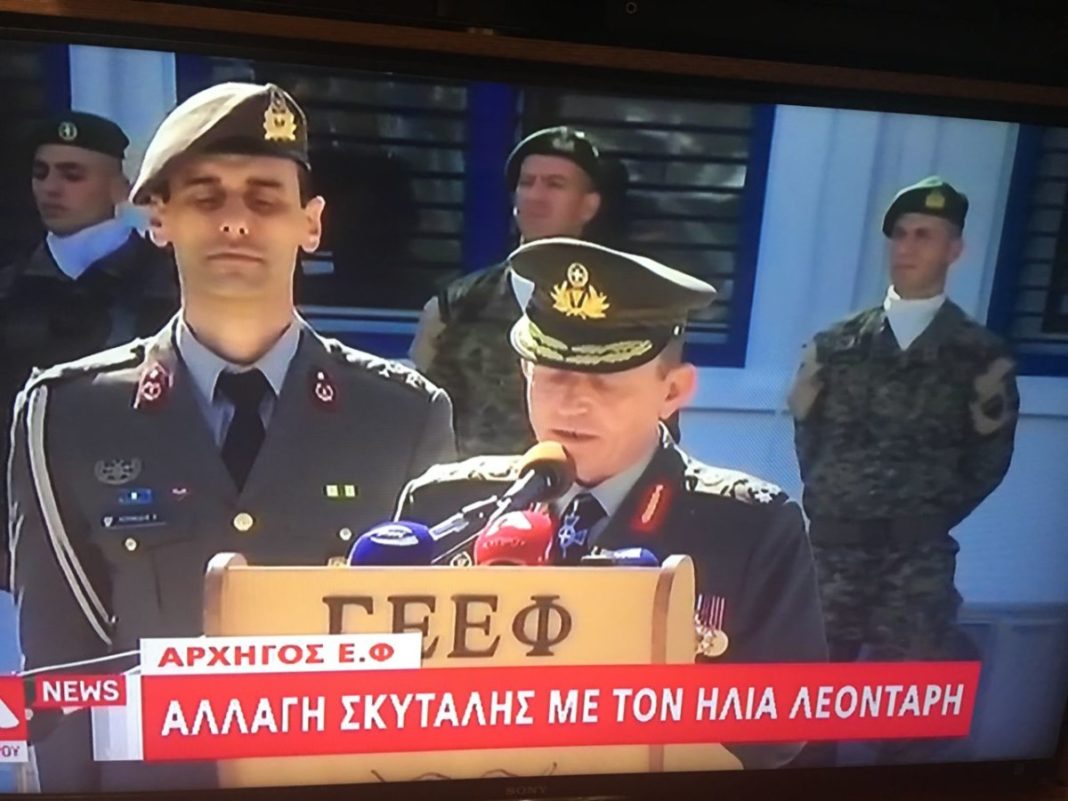 Addressing the ceremony President Nicos Anastasiades spoke of the reforms under way in the National Guard, which are the Republic’s armed forces.
He also referred to an upgrade of the armed forces through the development of a new defense diplomacy and spoke of the cooperation agreements Cyprus has signed with neighboring and other countries.
Referring to the fact that the northern part of Cyprus continues to be under Turkish occupation, he pointed out that despite the talks which aim to reunify the island, which has been divided since the Turkish invasion of 1974, the presence of the Turkish occupying army “unfortunately constitutes a permanent threat while it still remains.”
President Anastasiades conveyed the message that while the Turkish troops remain in Cyprus, it is the National Guard`s foremost duty to ensure that its citizens live in peace and security.
Referring to the fact that three thousand soldiers were hired in the National Guard recently, President Anastasiades said that its structure has changed, noting that it has become a “modern, flexible and well trained force.”
On his part Leontaris assured that he will use his knowledge and experience to continue the work of his predecessors in the National Guard, adding that he will cooperate with all government bodies to upgrade the National Guard`s role and to maintain it in high operational readiness.
Source: CNA 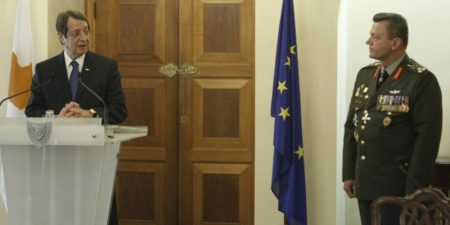