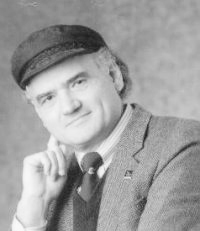 Genuine offspring of the ancient Hellene.

They complemented the Hellenic race,

Being the glory of historical Hellenism!

The famous events of Homeric epics,

That glorified once the hills of Troy,

Lived again in the Macedonian lands,

To the Ancient Hellenes well befitted

The great works and measured words.

Of all the children of ancient Hellene,

But the Ionian Hellenes challenged

The Dorians for the hegemonic title,

Being unable to resist the temptation

And to act for the Hellenic harmony!

A durable tie united all the Hellenes,

Segregating them from the Barbarians.

When the Persian armies appeared,

The Macedonian land was overrun,

But Thermopylae were guarded well

By Hellenes who stopped them there.

The new victorious sounds of Salamis

Will be added to those of Marathon,

And Hellenic warriors will erect high

The trophies at the field of Plataea.

There, too, Alexander’s grandfather,

Like a true hero, will fight to the end,

Bringing glory and honor to Greeks

And to Barbarians a lasting shame!

Later on the younger Alexander,

With great courage and power

Will bring unity to the Hellenes,

And end to the Persian Empire!

The Son of Zeus he will be called,

He will spread new glorious light

To the very end of known world,

Putting an end to Greek discord.

But now many envious eyes turn

A historical fraud is perpetrated

Sometimes secretly and others not.

May all patriotic Hellenes remain

Faithful to the future of Hellenism!

Ready, if need be, to protect it anew

With heroic and victorious arms!

May the praise of excellence décor

Bestowing glory and honor to them,

Offspring of the glorious ancestors!

If one were to add up the past glories

Of the race, Athenian and Spartan too,

And compare them to the Macedonian,

He would find them to be equivalent!

The extended torch of Hellenism

And spread its light far and wide

With the power of virtuous acts.

The corners of the East and West

Were lightened by new Hellenic light,

Precepts of the Hellenic wisdom,

As universal bond of fine threads.

Nous, as a Monarch, rules the Cosmos,

Giving laws to the cities as a lawgiver,

The crown of excellence shall honor

Only the protagonists in the Games!