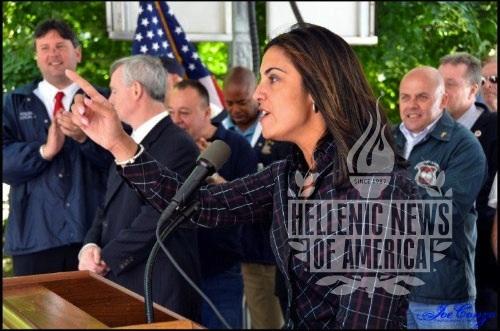 Assemblywoman Nicole Malliotakis (R,C-Brooklyn, Staten Island) proudly announced that she has received the endorsement of the Independence Party of New York State in her re-election campaign for State Assembly.  Malliotakis, who was first elected in 2010, spoke enthusiastically about gaining the party’s highly desired support.

“I am honored to have earned the support of the Independence Party, a group that bucks the often strenuous two-party system and endorses the individual based on his or her capability for the job, regardless of which party that person may conference with.   It’s reassuring to know that my tireless work on behalf of the community is being recognized,” said Malliotakis.  “We’ve accomplished a lot over the past two years, but there’s a lot of work to do.  I’m proud to have the Independence Party with me in continuing to bring much-needed change to our state government.”

In just two short years, Assemblywoman Malliotakis has played a major role in continuing the restoration of confidence in New York State government through successful legislative initiatives, such as: