The Mayor of Igoumenitsa received Paul Kotrotsios, Publisher of the Hellenic News...
Featured

The Mayor of Igoumenitsa received Paul Kotrotsios, Publisher of the Hellenic News of America 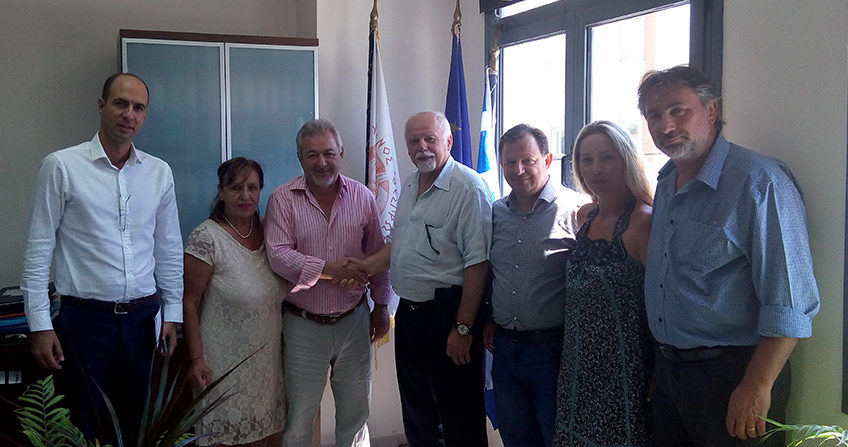 Meeting with Mr. Paul Kotrotsios, publisher and director of the newspaper «Hellenic News Of America»

On Thursday August 11th Igoumenitsa Mayor and President of PAE Epirus Mr. John Lolos received, in his office at City Hall Igoumenitsa, Mr. Paul Kotrotsios, former President of the Hellenic American National Council and as director and editor of the Journal « Hellenic News Of America »

At the introductory meeting, the atmosphere was very pleasant and conducive to the development of a very flat-cooperation by promoting local products and to develop tourism by attracting new visitors from the United States of America.

Both sides have declared their willingness to cooperate with all stakeholders in order to design a road map that will help establish a truly effective and useful cooperation, which would have added value for both our region and the Diaspora.

This first meeting will follow further extended so that all can participate in the design of an outward-looking policy for our region.

From the Press Office
Municipality of Igoumenitsa