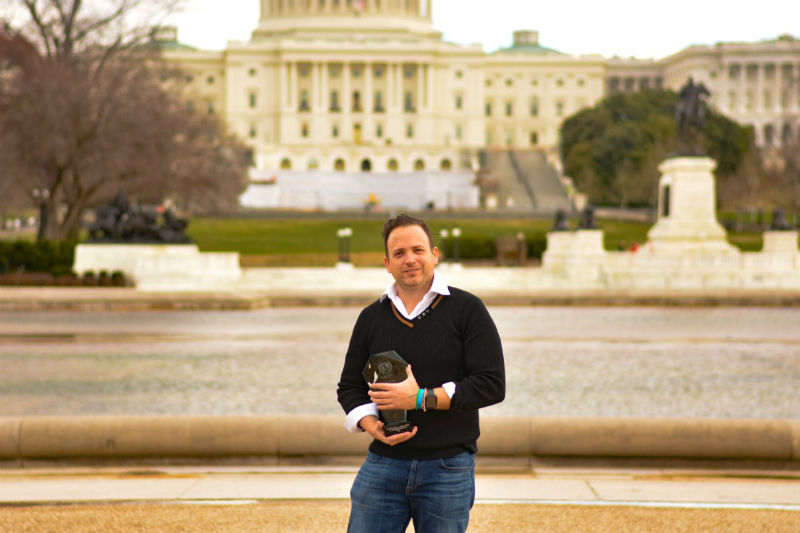 Beas is a leading literary consultant, book marketing expert, and entrepreneur. He was named a lifetime CEO club member of the Chief Executive Officers Club International, Inc. He is of Greek Orthodox faith.

It is one of the strongest and most innovative associations for CEOs and entrepreneurs in the region, serving at the same time as a global business network and leadership development organization, with more than 8,000 members around the world.

Founder, bestselling author, and global entrepreneurship expert Joseph Mancuso said, “It is with great pleasure that we have the opportunity to welcome Michael Beas, one of the Top Literary Consultants in the country and Worldwide News Journalist, into the CEO Clubs International. At only the age of 40, he is one of the youngest and most talented entrepreneurs that I have had the opportunity to meet. I am positive that his addition to the club will bring forth a new generation of knowledge that will help all of our members.”

“To be honest it was a bit of the shock to be made a member of the CEO Club World Wide,” Beas said. “The club’s founder Joseph Mancuso is a legend in the game. He founded the club 40 years ago and you can say he is the entrepreneur’s entrepreneur. He has written over 30 books on business and entrepreneurship and is one of the most predominant experts in business in the country, so when he asked me to become a member I was truly in shock.”

“CEO Clubs World Wide is composed of CEOs running businesses with about $20 million of average annual sales. To be part of this prestigious organization is a testament to all of the hard work that everyone on my team has put in to get us to this level,” he added.

On being one of the youngest members in the club’s history, he remarked, “It feels humbling, to say the least. Joseph is a popular speaker and participants have paid over $150,000,000 to hear the talks and workshops that he has arranged. As one of the youngest members, I can only hope to learn from not only him but other CEOs in the club who share in a vast knowledge of the business, entrepreneurship, and running large companies.”

Regarding his plans for the rest of the year, he said, “This is a great question, right now we are moving into different aspects of our core business. eBook Marketing Solutions and Atlas Elite Partners are working on a publishing imprint where we are looking to help corporations and institutions become in essence their own publishing company.”

“My Chief Marketing Officer, Dar Dowling and I are working on adding more key staff to help us take on the additional bandwidth of authors that are looking to turn their books into Bestsellers. Our Public Relations arm is also growing at an astronomical level and we are reaching out to new audiences daily. There is no stopping what we are able to achieve for all of our author clients,” he said.

Apart from Joseph Mancuso, Beas listed Steve Mariotti as a tremendous mentor in his life and he thanked him for his guidance and support. “There are so many business executives that have influenced me personally that it is hard to select one person. If I had to pick I would say that Steve Mariotti is by and far my No. 1 mentor in the world of business and entrepreneurship,” he said.

“Steve’s guidance and leadership have opened my understanding of the greater picture that is focused on doing good for others, no matter the cost. Steve has shown me how to persevere against all odds and frankly, he is one of the toughest business people that I have ever met,” he added.

Aside from being one of the countries leading branding and marketing experts, Beas is the editor and founder of Raver Magazine. “Raver Magazine is a beast all on its own, especially now during the pandemic that we are living in. It seems that the world, especially in the world of dance music has come to a standstill. That being said it is all about the team having a forward-thinking mentality. Kristine Kennedy, Chief Marketing Coordinator is a critical part of the team, her ear for the right sound gives us the edge to have the best music to bring to the masses consistently to all of the fans,” he said.

“Robert Sussman and our media partner, Speir TV, is also critical to our growth which is now surpassing 8.5 million views monthly. The live streaming video arm is really taking off and we see a lot of growth now that it is difficult to go out and party like before. In short, planning, innovation, and persevering against the odds is now Raver Magazine and the EDM industry as a whole will make way for the future of dance music,” he concluded.

Previous articleConstruction to resume of the Saint Nicholas Greek Orthodox Church and National Shrine at The World Trade Center
Next articleClaiming the Prophet’s Mantle, 21st-century Style