Ahepans delivered their eighth truckload of milk to victims of the Flint Water Crisis, July 16, 2020, earning special recognition from the City of Flint for a service campaign that began in 2016, announced Supreme President George G. Horiates. To date, AHEPA has raised more than $30,000 to donate 15,552 gallons of milk to aid the victims.
Following the delivery and distribution of 1,944 gallons of milk on July 16, Flint Mayor Sheldon Neeley and Michigan State Representative Cynthia Neeley presented Past Supreme Governor Craig Theros, organizer of the “Milk for Flint” campaign, with a proclamation stating, “Thursday, July 16, 2020 to be AHEPA Day in the City of Flint, Michigan.”
“We commend the Michigan AHEPA family, the broader American Hellenic community, and anyone who donated their time or funds to provide much-needed aid to people of Flint in a safe and responsible manner during a pandemic,” said Horiates. “Their recognition by state and city officials is well-deserved. Service and philanthropy are at the heart of our mission and vision, and we must work together to assist the victims of this ongoing crisis.” 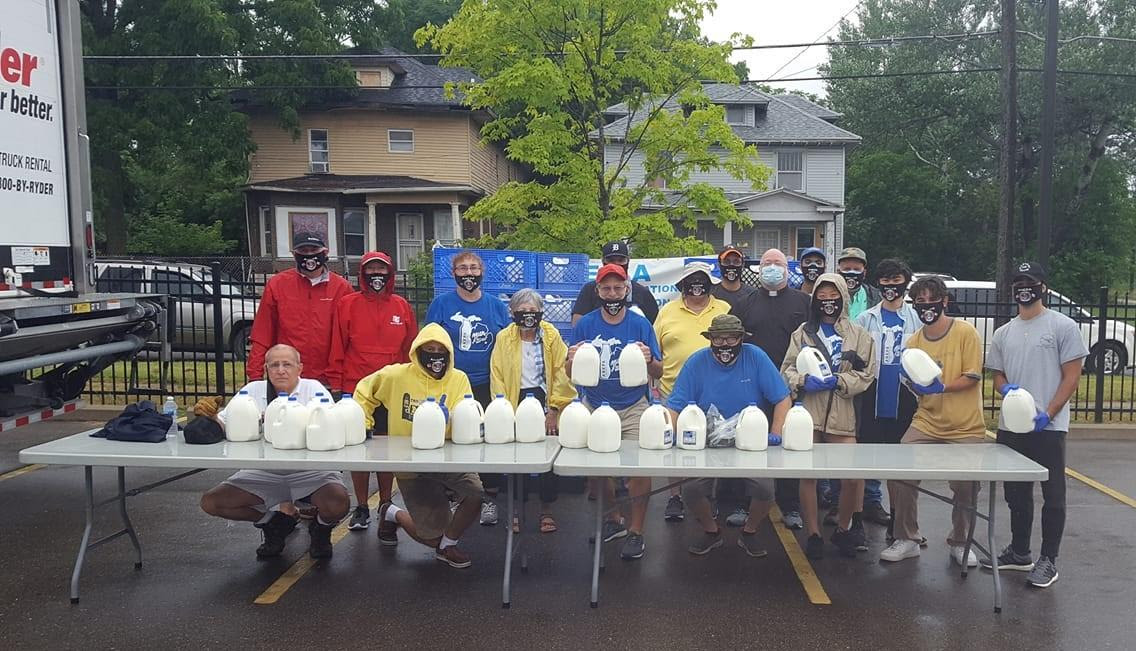 “We would like to thank Flint’s Catholic Charities for teaming-up with AHEPA to allow our many volunteers to efficiently distribute the milk to the needy Flint residents from their Center for Hope facility,” Theros said. “AHEPA would also like to thank Kroger store 404, for the great milk price and the coordination of the delivery to the distribution point in downtown Flint. Finally, we sincerely appreciate the help of Tom and Dean Yeotis for coordinating the presentation at City Hall even though it has been closed officially since the start of the pandemic.”
He continued, “Although the Flint water crisis does not garner significant media attention anymore, the need to aid the victims remains. The AHEPA family has not forgotten them and will continue to offer aid.”
Theros added that any leftover gallons of milk are donated to local charitable organizations.
“Nothing is wasted,” he said.
Why milk?
According to state public health departments, optimal nutrition can play an important role in minimizing the amount of lead absorbed and stored in bones, especially in children. When minerals such as calcium and iron are deficient, lead absorption is increased.
The initial milk drive occurred March 25, 2016. To date, the AHEPA Automotive District 10 of Michigan has raised more than $30,000 and has distributed 15,552 gallons of milk through the “Milk for Flint” program. Much of the funds were donated by the members of the AHEPA and the Daughters of Penelope. However, many donations also came from individuals as well as organizations from around the country.
A ninth “Milk for Flint” drive is being planned.
Share
Facebook
Twitter
Pinterest
WhatsApp
Linkedin
Email
Viber

Previous article
AHI says President Trump must act on Turkey’s violation of Greece’s continental shelf
Next article
July 24, 2020 has been designated a “Day of Mourning and Manifest Grief”