Nikolaos (Nikos) Papadopoulos of Colonial Marble & Granite to be honored with the Hermes Award at the 25th Hermes Expo on Tuesday, April 5, 2016 at the Concordville inn 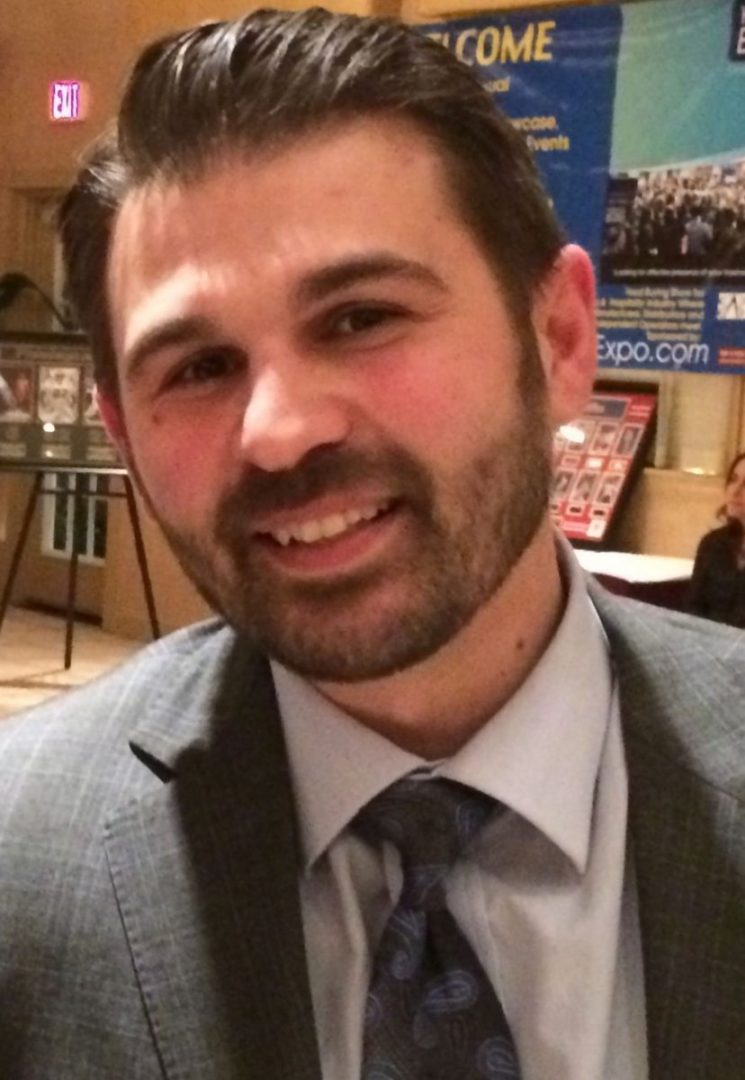 An International Business Major, Nikolaos (Nikos) Papadopoulos
completed his international business studies at Kutztown University,
PA and Harlem Hogenschool, Netherlands in 2001. After completing his
studies he joined his family business, Antenna Star Satellites, that
provided retail and installation fulfillment services for satellite TV
giant DISH Network since 1996.  At the time of his arrival to Antenna
Star the company had been servicing three states for DISH Network and
performing approximately two-hundred to three-hundred satellite
installations per day. In his first two years with Antenna Star, Nikos
was primary focus was to learn all facets of the business including
installation, sales, accounts receivable, scheduling, auditing,
quality control, claims resolutions and more.

In 2003 when he felt confident that he could take the family business
to the next level Nikos took on the role of Executive Vice President.
His primary focus was to build a team of the industry’s leading
professionals internally and in the field. His efforts and devotion to
the company’s vision led Antenna Star on a path to being DISH
Network’s largest fabricator and retailer in the nation.  In short
time Nikos grew the business to levels the industry had never seen
before including performing over 1200 installations per day, across
twelve states, within the Northeast and Mid-Atlantic markets. In
addition, he was an integral part in organizing mobile teams that
could assist DISH Network anywhere in the US.  These mobile teams
could be assembled within weeks to install over two-hundred jobs per
day in stressed markets for DISH Network nationwide.

In early 2005 the satellite industry plateaued and began showing
negative growth trends due to its challenges in competing with cable
TV companies such as Comcast, Verizon and Xfinity that could offer
triple play packages to their customer base.  During this period Nikos
and his family assessed these trends and decided to take their
successful service model and venture into a new industry. Following a
year of research it was decided that he would partner with his father
and an additional partner to enter the   stone fabrication and
countertop industry.

In January 2006 NTP Marble, Inc. was formed and went to market doing
business as Colonial Marble & Granite. The industry had no shortage of
fabricators however Nikos knew there was a great opportunity for
Colonial to be successful in this space.  He had first-hand
experience, through his own personal projects, that demonstrated the
lack of professionalism many within the industry took to market.
Through this experience he knew that Colonial Marble, with his
guidance, could provide the world-class service its customers
deserved.  In January 2008, after two years of careful planning and
preparation, Colonial Marble aggressively entered  with a heavy
marketing campaign never before seen with the industry.  Colonial,
almost instantly dominated the competitive landscape of the industry
and reached their initial year five goals in month two.  This
occurred, remarkably, during a time when the economy was in complete
collapse and competitors were consistently shutting their doors.

From 2008 through the present Colonial has shown the ability to
increase its business year over year and has become the nation’s
largest production facility.  Colonial installs over 100 countertops
per day throughout five states and supports over three-hundred
families.  With an already established, and extremely successful,
brand created in Colonial Marble Nikos’ focus has recently directed
towards adding additional service under the Colonial brand.  These
brands include, or will include, products such as standby generators,
windows, doors, and more.  In 2015, Colonial Generators, Colonial
Windows & Doors, and Colonial Railings were formed. His proven
commitment to his companies and employees will continue to create
opportunities for his businesses and his team for years to come.

Previous articleGreek economy: how do we find our Ithaca? Konstantinos Moutsianas
Next articlePesticides, Honeybees, and Political Influence