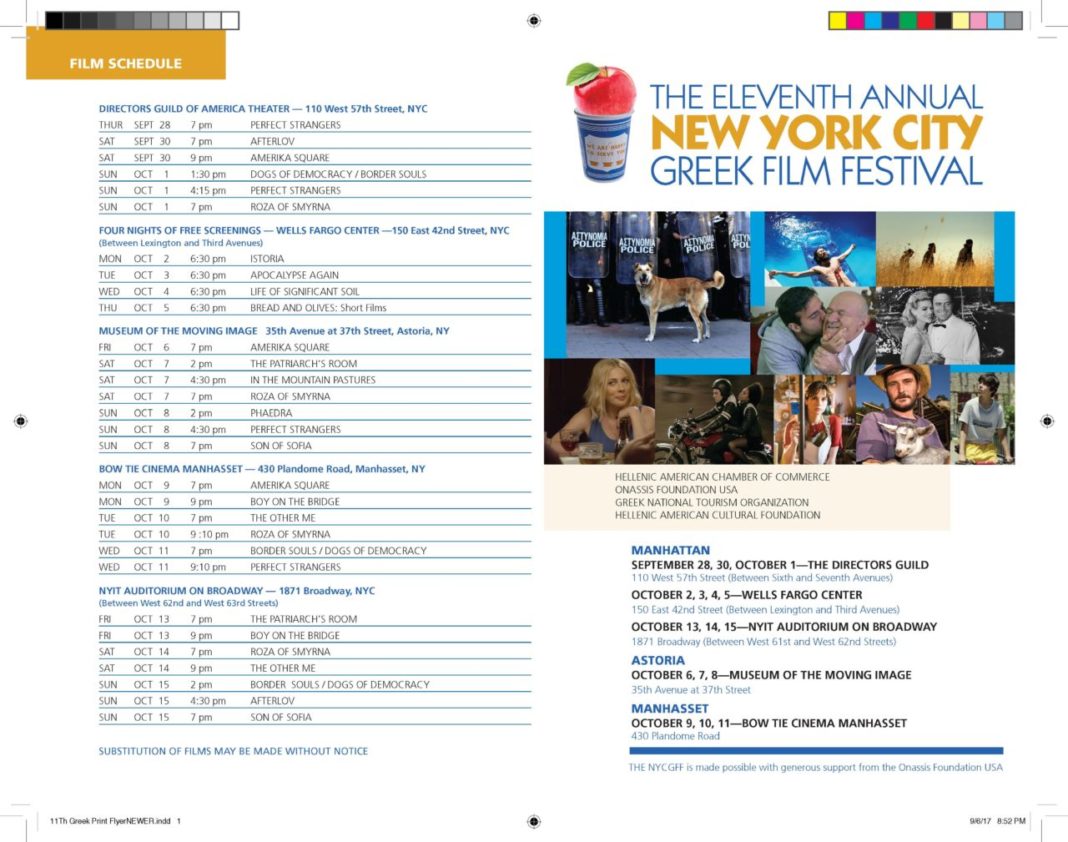 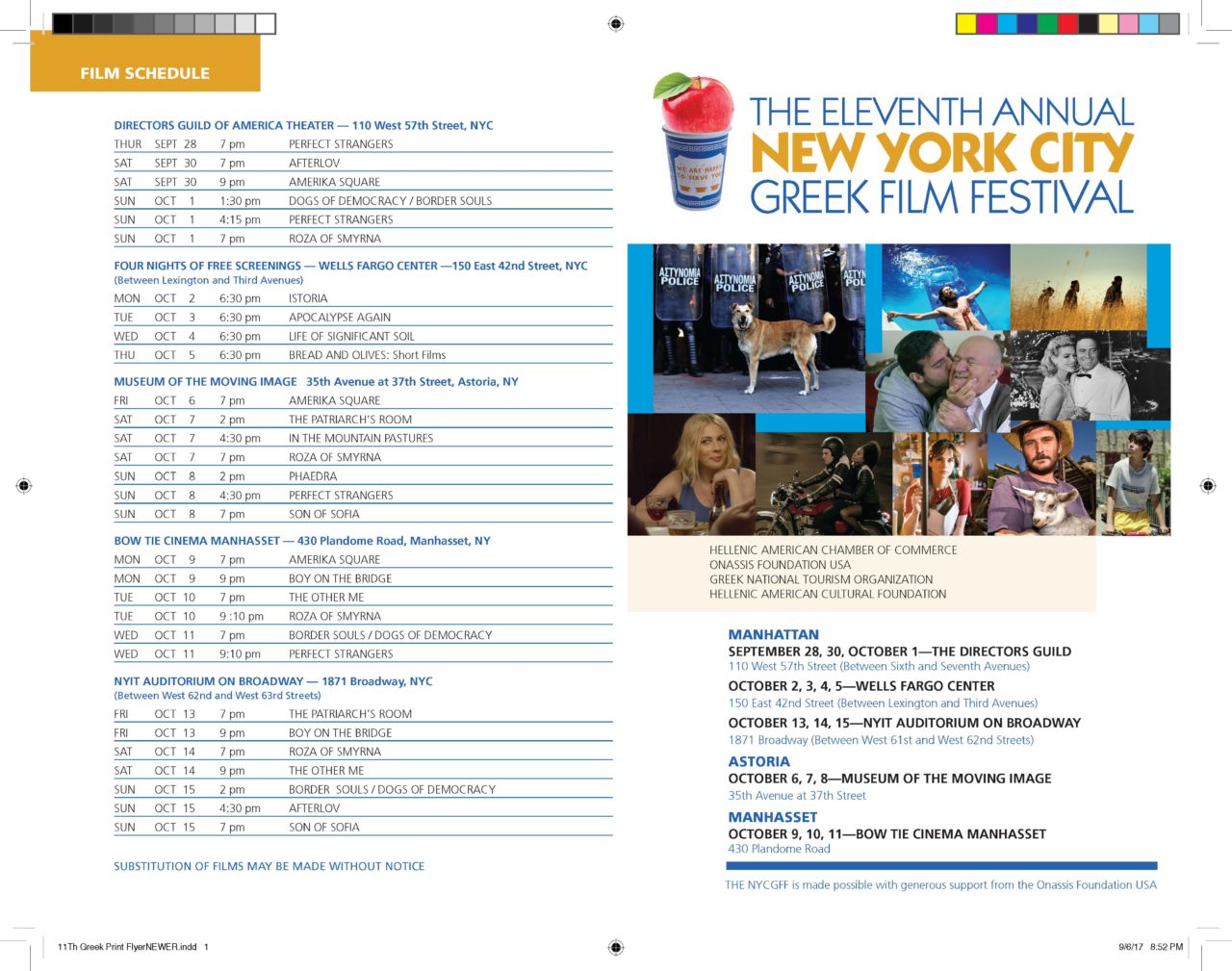 The New York City Greek Film Festival 2017 will open Thursday, September 28 at the Directors Guild Theater on West 57 Street with PERFECT STRANGERS, a morality play for the digital age. When seven friends at a dinner party put their phones on the table to share messages and calls, they discover how dangerous truth games can be.  Thodoris Atheridis, director and lead actor, and co-star Smaragda Karidi will attend the screening as well as the gala that follows at Kellari Taverna.

Celebrating its eleventh year, the eagerly anticipated festival runs through October 15 at various locations across the NYC area and will offer a wide range of films.  Says director Jimmy DeMetro: “Selecting films is always a challenging process, but this year was even more difficult.  We made the decision to feature fewer selections than usual and try to come up with the absolute best of what was available to us. I think we have done that.  This year’s films are exceptionally strong and varied in their subject matter. We’ve even managed to find a comedy or two, a very difficult thing to do since Greek filmmakers,  still suffering from the economic crisis, are not necessarily in a laughing mood.”

Romantic dramas, mysteries and documentaries explore contemporary Greece and pay homage to its past.  A forbidden love inspires ROZA OF SMYRNA.  In THE OTHER ME, a professor uses Pythagorean theory to track down a serial killer. One of Melina Mercouri’s rarely seen films, PHAEDRA, will screen at the Museum of the Moving Image. In THE BOY ON THE BRIDGE., a youngster finds himself in the middle of a murder investigation.   In AFTERLOV, a spurned lover finds it hard to let go of the woman he loves. Greece’s current dilemmas inspired several of the films.

AMERIKA SQUARE, for instance, zeros in on a hipster, a refugee and a xenophobic nationalist in a troubled Athens neighborhood. In SON OF SOFIA, a Tribeca Film Festival winner, a young Russian boy has trouble adjusting to life in Greece.
Film-goers can count on artful surprises, including the documentaries BORDER SOULS, about a Halkidiki monastery feeding refugees, and DOGS OF DEMOCRACY, focusing on Athenians who care for the city’s stray dogs.  THE PATRIARCH’S ROOM reopens the case of the first patriarch of Jerusalem in 2000 years of Church history to be relieved of his duties.  IN THE MOUNTAIN PASTURES captures the beauty of the Greek outdoors and listens as nomadic shepherds talk about their lives and flocks.

As a special bonus to film aficionados, the festival will offer four nights of free screenings at the Wells Fargo Center, 150 East 42 Street, in Manhattan.  October 2 will feature ISTORIA, a documentary about  an expatriate with Alzheimer’s returning to Greece. On October 3, Christos Godas presents the world premiere of his debut film, APOCALYPSE AGAIN,  about the island of Paros. On October 4, LIFE OF SIGNIFICANT SOIL starring Alexis Mouyiaris, will have an encore presentation. On October 5, a program of short subjects, BREAD AND OLIVES AND OTHER DELECTABLES, promises to be a special treat.

In addition to the Wells Fargo screenings, the festival has scheduled two Manhattan Weekends: September 30 – October 1 at the Directors Guild Theater; and October 13-15, at the NYIT Auditorium on Broadway.  The Museum of the Moving Image hosts the Astoria Weekend, October 6 – 8. The Long Island engagement will be at the Bow Tie Manhasset Cinema on October 9, 10, and 11.

For detailed information on this year’s festival, visit: www.nycgreekfilmfestival.com