CommunityChurchOff the Beaten Track: In Search of the Legend of St. George...
Church

Off the Beaten Track: In Search of the Legend of St. George the Dragon slayer 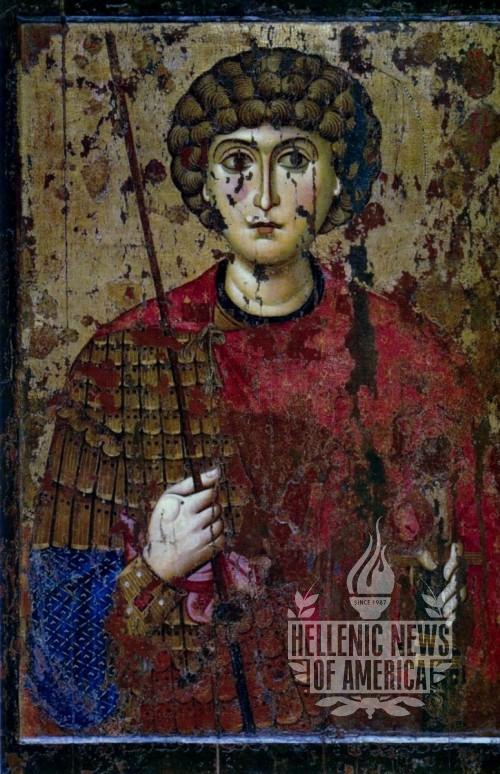 Fairy tales and legends show a handsome soldier on a horse killing a dragon. These legends came alive when I visited Novgorod, St. Petersburg and Moscow. Eighty five million Russian Orthodox keep St. George alive in the consciousness of their civilization in statues, icons and medals.

Who was St. George? Georgios is Greek for “worker of the land” or farmer. He was a Roman legionary, born in Cappadocia (Asia Minor). His hagiography says that he was martyred by Emperor Diocletian for standing firm in Christian faith. The cult of St. George gained momentum in 5th century Asia Minor, Syria and Palestine.

Later he was recognized as patron saint of Byzantine emperors. His icons became widespread since the 10th -11th centuries. In early Russia, St. George was one of the most revered military saints, patron of princes, soldiers and peasants. Many Russian princes were named after him in baptism. In Russian churches, his icon was traditionally placed in the Deesis tier symmetrically to that of another holy warrior: St. Demetrius of Thessaloniki.1He epitomizes the ideal of martial valour and selflessness. St. George is the patron saint of England and 2016 Russia. George is Russian is called Yuriev.

My research article begins in Novgorod, the birthplace of Russian Christianity, near the Swedish border. The Monastery of the Great Martyr George or Yuriev Monastery is one of the oldest cloister in Russia. It was founded in 1030 A.D. by the son (baptized George) of Prince Yaroslav the Wise, who converted the Rus to Christianity. In the year 1119…the principal cathedral in honor of the great martyr George was built. The lofty structure is one of the finest samples of Russian Medieval architecture by master builder Peter. 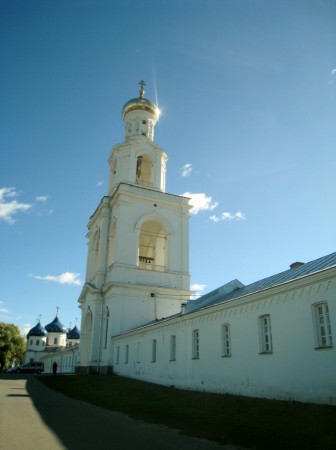 The full length image of St. George came from the Cathedral of St George at the Yur’yev (St. George Monastery). It was painted in 1019 and consecrated in 1140. The half length icon was from the same cathedral and brought to the Cathedral of the Dormition in the Moscow Kremlin. St. George, 11th century is the oldest icon in the Kremlin Dormition Cathedral. The Tretyakov Gallery, Moscow, Russia. The majestic, solemn figure of St. George is the epitome of strength and military valour. He has much in common with the heroic characters of Russian war epics. The icons have an aura of invincibility that enabled Russian warriors to score victories over enemies vastly superior in numbers.1

The former Byzantine Empire’s genuine treasures in the West have been destroyed. Fortunately, merchants of Venice and Italian states as well as collectors have the art treasures on display in churches and museums. The icon painting of Novgorod is unique. It can only be seen by going to Russia. The graceful, proportioned figures, exquisite color combinations and variety of linear rhythmns show the iconographer was imitating the classical traditions of byzantine art. The icons of St. George of Novgorod are one of the few surviving samples of old Russian religious painting which developed in the wake of the refined art of Constantinople. The Rockefeller Foundation funded the Novgorod Museum of Russia. St George Church Market Place in Novgorod was built in 1356. The church exhibits frescoes from the Church of the Transfiguration on Kovaleno Field. The small helmet dome and partially revealed brickwork reveals the early Byzantine character. 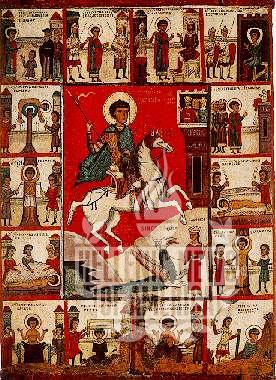 Our Moscow guide Irina took our group to see the St. George Slaying the Dragon statue in Victory Park, Moscow. It is the highest point. The Museum of the Patriotic War of 1812, that was shown in the lifetime miniseries “War and Peace” had a large oil painting of St. George.  “Miracle of Saint Geroge and the Serpent” is a 19th centu

Russia was the last conquest of Byzantine Art. The initiation of the Russian people in the art and religion of Byzantium began before 1000…. The Russian Church is still Orthodox, and even their customs, alphabet and art have a strong Byzantine influence.2  UNBELIEVABLE.

Travel is a global education that enhances foreign relations. Cultural excursions like ours indirectly aids national security efforts. It helps the traveler grow personally and professionally. We promoted our values abroad, doing something for our country and ourselves. The West has “Super Heroes” like Batman, Superman, Hulk and Captain America. The Russian have their own “Superheroes”:  St. George, St. Demetrios and Archangel Michael. St. George is a hero for all ages.

My research is dedicated to my nephew George and the memory of the late George Tsounis and George Siolas, American and Greek POW’s in WWII. I would like to thank the following persons in Russia who made this trip possible: Galina of EXPRESSRUSSIA.COM Tours who worked with Intourist.com to include us in their group; our Moscow guide Irina and her driver, Guide Olga and driver Oleg of St. Petersburg and Novgorod guide Dmitri.