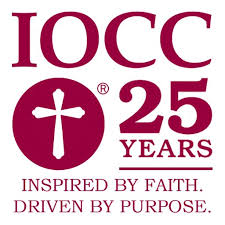 Over 325 guests gathered at Adelphia Restaurant in Deptford, New Jersey, where they enjoyed a wide variety of hors d’oeuvres and an abundant buffet. Silent auction items were also on offer throughout the evening.

The Very Reverend Archimandrite Ambrose Bitziadis-Bowers blessed the meal. IOCC’s Executive Director and CEO, Constantine M. Triantafilou, was the evening’s keynote speaker, highlighting moments throughout his career when he was struck by a conversation with some of the people IOCC serves.

The Philadelphia committee worked tirelessly to put on the event. Particularly, Anthony and Katherine Pantazopoulos, Harry and Connie Bandy, Jane Kelly, and Barbara Dionisos, amongst numerous other volunteers, worked hard to make the evening a success, raising tens of thousands of dollars for IOCC’s humanitarian work. In addition, several groups took the opportunity to present IOCC with generous donations, among them the Pan Icarian Brotherhood, the American Hellenic Educational Progressive Association (AHEPA), and the community of St. Thomas Greek Orthodox Church in Cherry Hill, New Jersey.

IOCC, the humanitarian agency of the Assembly of Canonical Bishops of the United States of America, was created in 1992 in response to the collapse of the Soviet Union and to support innocent people caught in the crosshairs of war in the former Yugoslavia. Today, the organization applies its expertise in humanitarian response to man-made and natural crises in Europe, Africa, the Middle East, and the United States. The organization has, since its founding, distributed aid worth over $625 million in more than 60 countries around the world, and offers assistance based solely on need.