The American Hellenic Institute (AHI) announced it has published a fact sheet that details the humanitarian issue of the Missing Persons in Cyprus, a...
Read more
Church

Albany, NY – On Saturday, February 10, the Phocion #44 Sons of Pericles and Sophia #48 Maids of Athena in Albany, NY celebrated their 40th Annual Valentine’s Day Dance. These two chapters are the longest standing continuous running chapters in the AHEPA’s junior auxiliaries. The Phocion #44 Sons of Pericles was activated on March 23, 1930 and will be celebrating their 88th Anniversary this year. The Sophia #48 Maids of Athena was activated on December 9, 1939 and just recently celebrated their 78th Anniversary.

To commemorate the 40th Anniversary of the Valentine’s Dance, the Sons and Maids honored 40 past chapter Presidents from 1954 on, and local chapter members who have served on both the District and National Lodge. The Albany chapters have had over 75 members serve on these boards and have had 10 men and women who have served as National Supreme and Grand Presidents of the Sons and Maids.

Also in attendance to celebrate the 40th Anniversary were the four AHEPA National Presidents: AHEPA Supreme President Carl R. Hollister, Sons of Pericles Supreme President Bill Poulos III, Grand President of the Daughters of Penelope Eva Jean Fomalont, and Grand President to the Maids of Athena Sophia Shakolas. Also in attendance were Chris Pappis (AHEPA District #6 Secretary) and Maria Cookie Patelos (Daughters District #6 Secretary). All four national Presidents spoke on the importance of the Albany AHEPA Family and the bond they share with their local parish, St. Sophia Greek Orthodox Church. The dance was a great success and was well attended by nearly 300 guests including local community members and out of town guests.

Both the Sons and Maids worked tirelessly to organize this event to ensure its success. The Sons and Maids are excited to be donating a portion of their proceeds to various AHEPA charities. 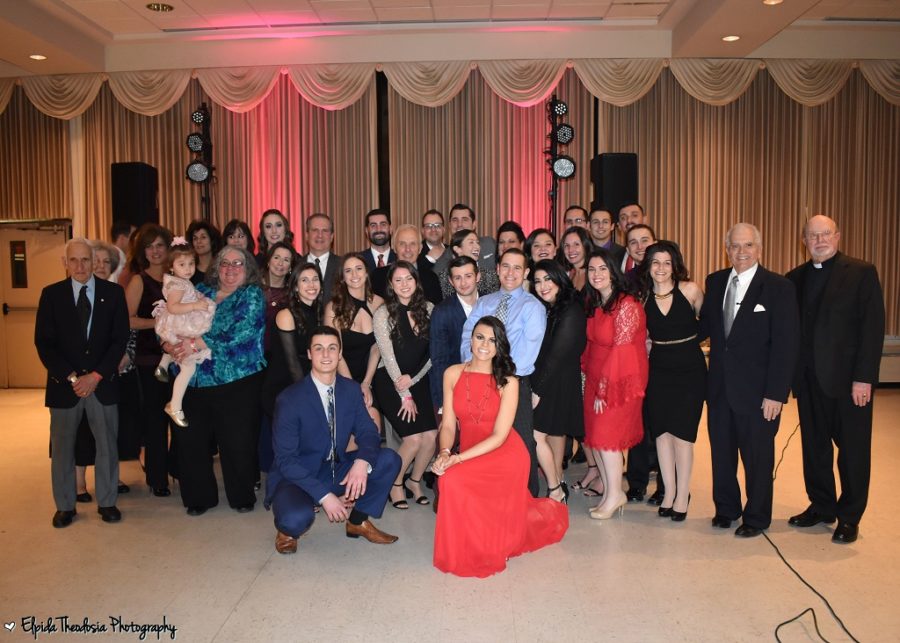