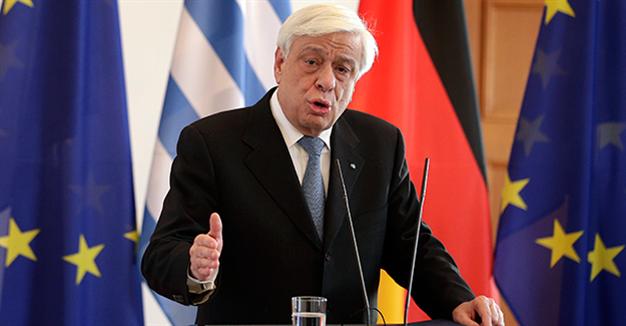 President Prokopis Pavlopoulos expressed on Sunday his abhorrence for the deadly terrorist attack on a nightclub in Istanbul early on New Year’s Day. The general secretary of the presidency, Ambassador Giorgos Gennimatas, expressed to Turkey’s Ambassador to Greece Yaşar Çevik the president’s abhorrence “for the barbaric terror attack”. Pavlopoulos also expressed the Greek people’s full support towards the Turkish people, his heartfelt condolences to the families of the victims and his best wishes to the injured for a speedy recovery. Foreign ministry condemns ‘barbaric terrorist attack’ in Istanbul Greece’s foreign ministry condemned on Sunday the “barbaric terrorist attack” carried out at an Istanbul nightclub early on New Year’s Day and expressed support for the Turkish people and the families of the victims. “We express our undivided support for the Turkish people and address our sincere condolences to the families of the victims, as well as our wishes for a speedy recovery to the injured,” the ministry said in a statement. According to official information so far, 39 people were killed and 69 were injured when a gunman opened fire inside the nightclub “Reina”. 2 Midday Newsletter No Greeks among the injured of Istanbul’s terror attack, says Greece’s general consulate

ISTANBUL (ANA/A. Rombopoulos) – A team from Greece’s general consulate in Istanbul said on Sunday they didn’t locate any Greek citizens among the injured after visiting several hospitals in the city from the terrorist attack in Istanbul on New Year’s. Although the identities of the – so far – 39 victims have not all been revealed, consulate authorities have no information about Greek citizens or diaspora being among them. So far Turkish authorities have identified Israelis, Jordanians and Azeris among the 15 foreign nationals who died. The general consulate also recommended caution to all Greeks visiting or currently living in the city as well as to avoid busy areas. Tsipras on Istanbul terror attack: Greek people stand in solidarity to the people of Turkey Prime Minister Alexis Tsipras send his sincere condolences to the families of the victims of the terrorist attack in Istanbul on Sunday which claimed the lives of 39 people and injured 69, according to information so far.

“Sincere condolences to the families of the victims of the heinous terrorist attack in Istanbul. The Greek people stand in solidarity to the people of Turkey in these difficult times. We must increase our cooperation so that 2017 is a year of peace and security,” he tweeted. Earlier, the prime minister had expressed his condolences to Turkey’s Ambassador to Greece, Yaşar Çevik, though his diplomatic office. PM’s office expresses condolences for victims of Istanbul’s terror attack to Turkish envoy The prime minister’s diplomatic office expressed Alexis Tsipras’ heartfelt condolences for the deadly terrorist attack in Istanbul on Sunday morning and the Greek people’s support for the Turkish people in this difficult time to Turkey’s Ambassador to Greece, Yaşar Çevik, government sources said.

Previous articleTantrums from the Commander-in-Chief: Not a Good Way To Go by Robert Zaller
Next articleNeraki is New York’s best Greek restaurant of 2016