President of Greece: We risk losing a generation due to unemployment 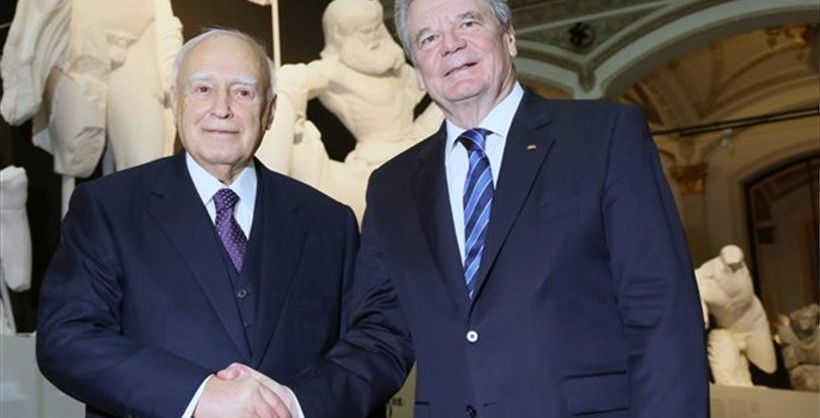 Papoulias noted that peace, prosperity, freedom of movement and cooperation are more fragile than we think.

During his current visit to Berlin, President of the Hellenic Republic Karolos Papoulias attended an event hosted by the Federal President Joachim Gauck at the German presidential palace.

Papoulias, who is visiting the German capital on the occasion of the creation of a Greek-German Youth Institute, expressed in his speech his content over Greece’s participation in the “Bellevue” Scholarship Program, aimed at providing young public administration executives with further qualifications and the opportunity for exchange of ideas with colleagues from other European countries.

The Greek president underlined that there are many benefits in the good knowledge of other people’s culture, as well as the mutual understanding and the realization of common objectives.

Papoulias noted that peace, prosperity, freedom of movement and cooperation are more fragile than we think.

Referring to the trouble spots in the broader area of south Europe, he talked about the consequences of undocumented migration for Greece, noting that the problem should be addressed as “a crucial European issue”.

Regarding unemployment, the Greek president said that “we risk losing a generation” while “a new generation of ‘eurosceptics’ is being created” and stressed the need for contacts and cooperation between peoples.

On his part, Gauck referred to his “wonderful” visit to Greece last March, saying that it left a deep impression to both him and his associates, and stressed the importance of the “opportunity to deepen our friendship” and show that in difficult times we can coexist harmoniously.