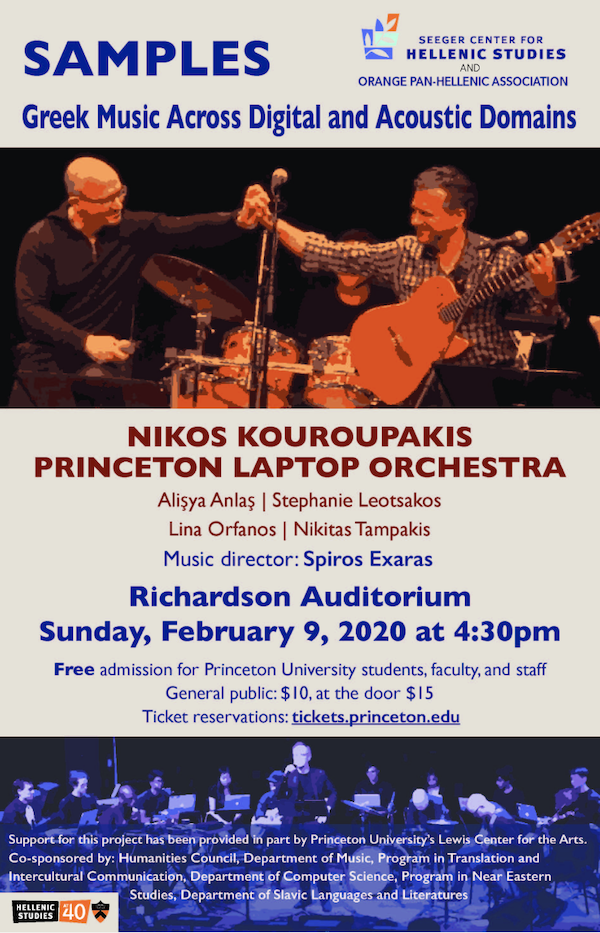 Sampling is the practice of manipulating a portion of an audio recording for use in another recording. The adaptation of familiar rhythms, melodies, voices, and sounds in different environments is a process that has driven music production for centuries. Folk tunes are frequently adapted in classical music and serve as a template for creating songs in multiple languages. While in some cases sounds are completely transformed beyond recognition, the invocation of a familiar musical idea can serve to trigger feelings of nostalgia and collective memories.

The proposed concert program is itself a sampling of iconic moments in the history of Greek music. Drawing from several musical traditions, the performance will bring together audio that is often presented in separate contexts. In addition to the Princeton Laptop Orchestra and other student participants, the concert will feature Nikos Kouroupakis, a vocalist and composer, celebrated for revitalizing tunes that have been forgotten and introducing the Greek public to music from other cultures.

Lewis Center for the Arts

Program in Translation and Intercultural Communication

Program in Near Eastern Studies

Department of Slavic Languages and Literatures