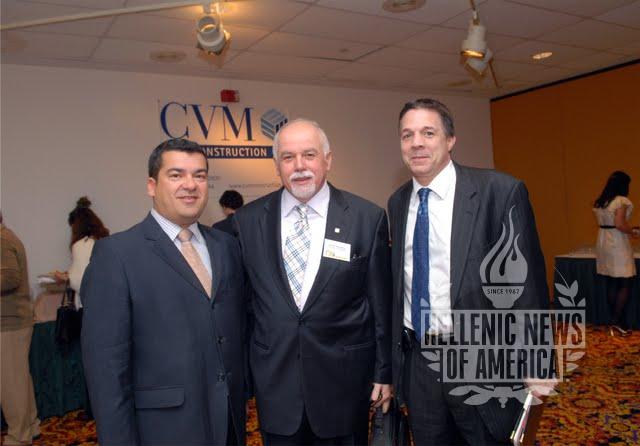 Long time Greek-American legislator launches bid for State Senate, promising to be a voice for good government while continuing to fight for issues of concern to Greece and Cyprus.

(Coventry, RI 9/29/11) Former Rhode Island State Senator Leonidas “Lou” Raptakis, who served in the Rhode Island general assembly for sixteen years, announced that he will run for State Senate in 2012.

Raptakis served in the Rhode Island senate until last year, when he left to run his first statewide race for Secretary of State. Raptakis will be running to represent a new State Senate district, as the State of Rhode Island will be redrawing the district lines as a result of the current national census.

I am excited about the opportunity to return to the state senate and continue my work on behalf of the people of Rhode island while also working with my many friends in the Greek community on a range of important issues, said Raptakis. Over the years, I have been committed to public service and I look forward to be back in the arena of the state senate and fighting for common sense solutions to the challenges facing Rhode Island. Raptakis has been a strong voice on a range of Hellenic issues during his time in the Rhode Island legislature including:

Those interested in supporting his campaign can contact his campaign office at (401)397-2720 or at [email protected] or [email protected] over the years, I have been proud to be a strong voice for my constituents while also working to bring attention to issues that matter to the Greek community, said Raptakis. I intend to build on that record of accomplishment by returning to the state senate as a leader who knows how to get things done.

Previous articleChairman of the Commission for Europe at UNWTO, Paul Geroulanos
Next articleA million dollar gift for Franklin Institute, from a onetime ‘bad kid’