Greece’s long and turbulent civilization lay scattered throughout the country. It’s as easy to stumble across millenniums old remnants of everyday life in the...
Read more
Events

The Second Western Occupation of Greece

By Andreas Theophanous* It was not the first time that Erdogan visited the occupied northern part of Cyprus to celebrate the anniversary of the “independence”...
Read more
Opinions / Απόψεις

Prof. Aris Michopoulos, HCHC The Good Lord blessed me with many friends: some Democrats and some Republicans. And since by nature I am not a...
Read more
Tourism

Aegina is an easy island to the Athens mainland to go. A sandy beach is what tourists dream of. Before the 2020 pandemic, I...
Read more 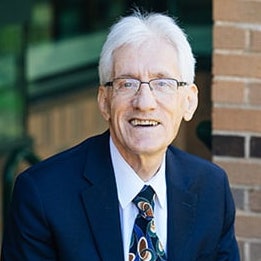 The History of the Problem

The recent fatal racial encounter that ended with the death of George Floyd in Minneapolis has a long prehistory. That prehistory precedes the American Revolution and is closely intertwined with the history of our nation. Thomas Jefferson attempted to include the freedom of the slaves in the Declaration of Independence but the opposition was so strong that it was finally deleted from the final text. Thus slavery continued for close to a century when it erupted again with a brutal Civil War (1861-65). One would expect that better days would follow for the former slaves after the war. Unfortunately, the defeated Confederates worked so diligently that what they lost on the battlefield, they regained through politics and the curtailment of the civil rights of the newly freed slaves. The enactment of the Jim Crow laws, segregation of schools, gerrymandering, and similar legislation deprived the blacks of full rights as citizens. In essence, they were second class citizens in their own country.

This unsavory situation got exacerbated and reached a new climax during the 1960s with the Civil Rights Movement under the leadership of Martin Luther King, who became the new Moses that would lead his people to the “Promised Land.” His preaching attracted many freedom-loving laity and clergy and when he walked in Selma, AL, on March 25, 1965, along with other church leaders, including our own Archbishop Iakovos of blessed memory things started to change. But as he had foreseen King would not see the Promised Land, being killed on April 4, 1968, just a week before the passing of the expanded Civil Rights Act of April 11, 1968. His people, however, would for the first time enjoy many rights denied to them for a long time. The Civil Rights Act of 1964 went a long way in righting the wrongs that marked the lives of the blacks for generations. Once again, however, the forces opposing them found new ways to block their progress. And they achieved that with separate but inferior schools, with redlining in housing, with lack of health insurance, and various other roadblocks. The cumulative effect of this opposition was the perpetuation of an underclass of low education, low income and low aspirations.

To all the above a new problem was added in the 1980s. That was the passing of new legislation known as “Three Strikes and You’re out.” This policy hit disproportionately the young black population and has plagued their society for the last thirty years by putting a large number of them in jail. To better comprehend this policy one should look at the statistics. Thus, while the total US imprisoned population was half a million in 1970, it increased to over two million in the first decade of our century. Let’s take a closer look at this interesting phenomenon.

Incarceration in our time

Currently, the USA has the highest per-capita incarceration in the world. Its total jailed population peaked in 2008 when it had 2,418,352 or around 24.7% of the world’s 9.8 million prisoners. In 2016 2.3 million Americans were incarcerated. Prison, parole, and probation generated an $81 billion annual cost to U.S. taxpayers, while police and court costs, bail bond fees, and prison phone fees generate another $100 billion in costs that were paid by individuals. Additionally, 4,751,400 adults in 2013 were on probation or on parole. In total 6,899,000 adults were under correctional supervision. In recent years, in addition to the many types of jails, i.e. Federal Facilities, State Prison Local Jails, etc. we witnessed the creation of Privately operated facilities, which held 76,100 inmates in 2000 and 92,100 in 2013. These were for Profit Private Jails that had every incentive to keep their inmates there for as long as they could.

As mentioned above, the single greatest force behind the growth of the overall prison population has been the “War on Drugs.”  The Anti-Drug Abuse Act of 1986 resulted in increased imprisonment, especially of blacks. As a result, the number of incarcerated drug offenders increased twelvefold since 1980. Another unfortunate byproduct of the whole system was the great number of people held pre-trial, without having been convicted of a crime. The Pre-Trial Justice Institute noted that “Six out of 10 people in U.S. jails –nearly a half million individuals on any given day- are awaiting trial. People who have not been found guilty of the charges against them account for 95% of all jail population growth between 2000-2014.”  It should be pointed out that out of the total U.S. incarcerated population in 2010 the blacks were 40%, while their percentage in the US population is only 13%. Similarly, the Hispanic population had 19% of inmates with a 16% percent in the US population and the whites with 64% of the population had 39% of the inmate population.

Despite a decrease in juvenile jailing during the 1997-2015 period, the overall US inmate population is very high compared to other countries. For example, while the US had 655 incarcerations per 100,000 population, Canada had 114, England 146, Australia 160, Spain 133, Greece 89, Norway 73, Netherlands 69 and Japan 48. These numbers show the great disparity between US and the rest of the developed world.

Considering that the Black inmate population is 40% of the total and the total US cost was $212 billion in 2011, then the annual cost of the black inmate population was $84.8 billion in 2011. In today’s prices, one could safely assume that this cost is over $100 billion. Now if we assume that the incarceration of the average black is 10 years then the cost of that inmate population comes to $1 TRILLION OVER A DECADE. And that is not small potatoes. If to the above, one calculates the cost to the States for “rehabilitation,” support, and similar services to the freed inmates and other services to the families with children, expenses accrue further. To the above one should add the cost to the states and the Federal Government to provide Welfare Assistance, Health Assistance and Social Support assistance to many poor families. One then can easily understand that the cost could escalate and become a real burden to many States and the Federal Government. As a matter of fact “according to a 2016 study by researchers at Washington University in St. Louis, the true cost of  incarceration exceeds $1 trillion annually, with half of that falling on the families, children and communities of those incarcerated.”

According to the data, most jail inmates are petty, nonviolent offenders. However, the cost of their incarceration increases as recidivism is high (67% are re-arrested). That is also true with the additional expenses incurred by their states, their families, etc.

Imagine now if the Federal and state governments would change their policies and decide to devote a significant amount of money to improve the education, housing and health of the black population. Imagine, if the States, the Federal Government and a consortium of big Business and Philanthropic Foundations would join efforts to address these issues, plaguing the blacks for generations. By providing an education of the same caliber as white schools and housing of better quality, a lot of things would change.

To turn this dream into reality the states could greatly support the higher education of the blacks and other minorities by eliminating tuition for those who study for their BA and have an annual income of $40,000 or less. In the consortium of Sponsors, we could include those giant corporations guaranteeing employment to those graduating from such colleges. As mentioned above the total cost of incarceration for the one million blacks exceeds the 100 billion mark annually. If we sent those people to a tuition-free college, they would cost us $15 billion annually (1,000,000 x$15,000 annual tuition). Obviously, their education costs would be far less than their incarceration costs, i.e. about 25% of their jail costs.

In addition to such efforts by the Federal Government and states, private initiatives could go a long way to solving this vexing problem. We already are aware that McDonald’s and other corporations are providing a lot of scholarships to their employees to go to College. Moreover, in recent years they formed the Business Round Table (BRT), where many giant corporations are trying to address these complex problems. Considering its clout and huge resources the BRT could by itself transform the whole landscape of black poverty and low elementary/secondary education. There is already a great example of millionaire Geoffrey Canada, who created the Harlem Children’s Zone in NY and along with billionaire Stan Druckenmiller and other philanthropists and educators transformed the black education system of the Bronx, NY and now they study its replication around the nation. It is obvious then that if we have a combined effort of government, philanthropy, and business with specific goals and targets, this problem can become history within a generation.

Thus, we would transform a long-lasting problem into a monumental solution. Part of this new picture would be that these people would become taxpayers. With their college degrees, they would start drawing a salary, they would start paying taxes and from takers from the state budget, they will become givers to that budget! And that will be a total transformation to the current situation. They will become productive members of their society they will buy houses, cars and other goods and be respected by their fellow citizens. Even more, important race relations will improve tremendously and the image of the country will change for the better. You will not see demonstrations in the USA or many countries around the world, decrying our behavior. Last but not least, the USA will close once and for all this long and shameful chapter of its history. And the death of George Floyd will not be in vain. It will become the catalyst for a radical change. And the time will be perfect for the two political parties to attack this serious issue just after the coming elections. People would be calmer, tensions will have subsided and both sides would be in a good and calm mood to tackle this serious problem and find a fair and lasting solution.

Previous articleGreek-American Attorney Fights for Justice One Cause at a Time
Next articleTHI Chairman shares thoughts on Democracy, Capitalism and Recovery post-Covid