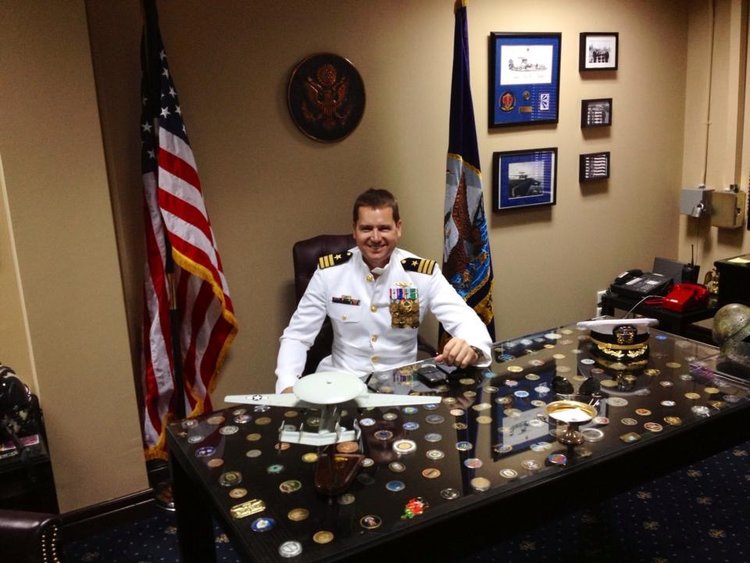 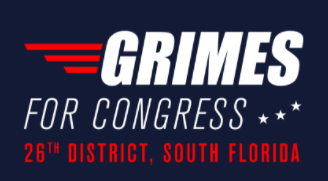 Today, Ret. Navy Commander Demetries Grimes officially announced his candidacy for Florida’s 26th Congressional District. For more than 25 years, as a military officer and a diplomat, Commander Grimes went into harm’s way to serve all Americans and is looking forward to continuing his service to the people of South Florida and the nation as the next Congressman from Florida’s 26th District.

“As the son of a navy veteran father, proud Greek immigrant mother, and recipient of an MBA funded by the G.I. Bill, this country has given me and my family more than I will ever be able to pay back. I’m ready to serve again and as I did in the military, honor my oath, serve all, and leave no one behind.

When friends and family ask me why I want to take on this challenge, I tell them:

I’m not done serving because I cannot allow our schools and public spaces to turn into war zones. Students should be reading textbooks and learning from their teachers, not learning how to hide behind desks and how to cope with fear.

I’m not done serving because the richest country in the world can do better to support quality, affordable education.

I’m not done serving because I cannot allow people to die like my father did because of our inept healthcare system.

I’m not done serving because I am the son of a strong independent woman, the brother to three amazing sisters, and uncle to two precious nieces, and until they and all women are not subjected to sexual assault, harassment in the workplace, and any inequality, including equal pay, I’m not done serving.

I’m not done serving because our environment and natural resources need to be better protected. We are blessed in south Florida to live in true majesty—we can not let man destroy this treasure of ours.

And I’m not done serving because the Democracy I love and institutions I protected and respect are under unprecedented assault.

Now is the time to commit to a new kind of politics and leadership – where the right answer, that puts people first, matters more than politics.

This campaign is about the people, our nation, and our shared values. For more than 25 years as a Naval Officer I served all Americans. Today, I stand ready to serve again, to listen and lead, rebuild and  repair, create jobs, improve our schools, healthcare, and ensure that our Gov’t is always focused on doing what is just for all Americans.

As we embark on a journey to introduce a much-needed new kind of leadership, where the right answer matters more than politics, I look forward to listening to all of your stories, concerns, and challenges.

Democrats in South Florida, in particular in the 26th Congressional district, need a credible leader who can win in November. A proven, trusted, and capable leader who has led people of all colors and creeds and from all walks of life. A proven and respected leader who can send a loud and clear message that our government has an obligation to serve all the people. A leader to demand the President’s conduct is becoming of the high office he serves. A leader to ensure the institutions of our democracy that have served our nation well are respected and protected.

My opponent in Washington has not done enough as a leader for South Florida. His poor judgement in trying to repeal The Affordable Care Act, refusal to fight for the funds needed to clean up our district post-Irma, his acceptance of NRA money, and record of supporting a divisive and destructive President highlight the urgent need for new leadership in South Florida. As your candidate and advocate, I intend to take this seat back in November to ensure our government does what is “just” for you, for our district, and for America. It’s time to clean up our district and Washington.”

Previous articleThe 25th of March, 1821: Greek Independence Day
Next articleARCHCATHEDRAL: Day 10 of our Spiritual Journey to Pascha, The Pearl