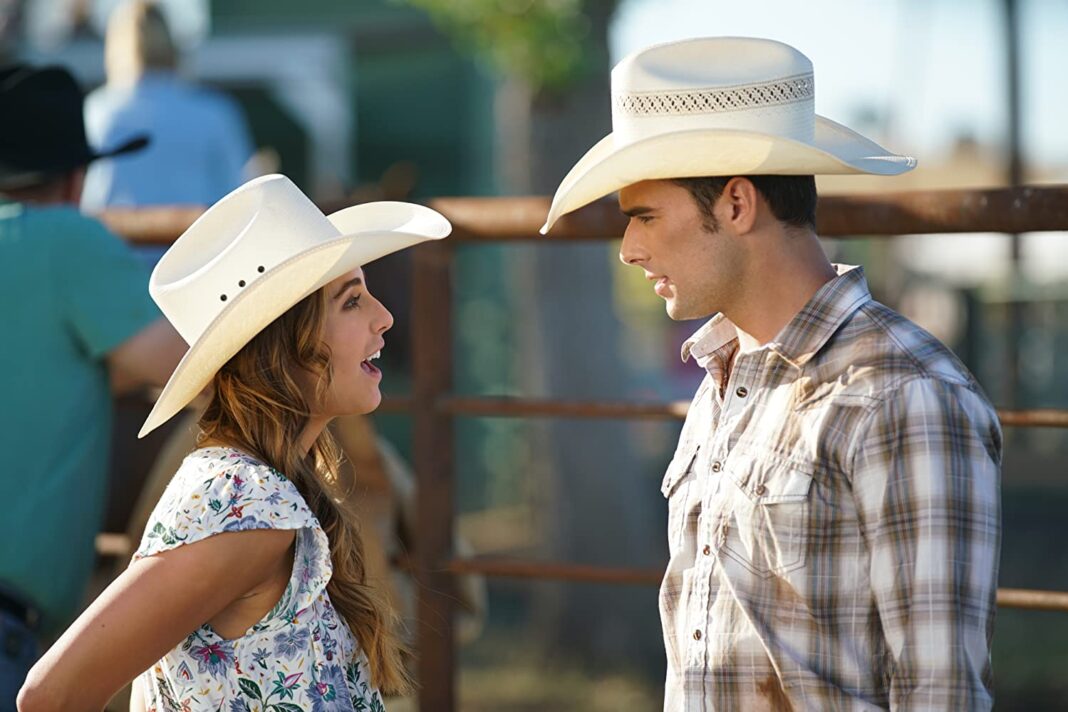 Josh Swickard (“General Hospital”) and Lorynn York are delightful in the new romantic drama Roped, which was recently released on Netflix.

Roped was written by John Ducey and directed by Shaun Piccinino. Swickard portrays a star rodeo cowboy, Colton Burtenshaw, who unexpectedly falls in love with a town councilman’s daughter, Tracy Peterson (Lorynn York). The councilman, Robert Peterson, (Casper Van Dien) is very overprotective and controlling of his daughter and family, and he has a strong disdain towards the rodeo and wants to boycott it from happening in his town. Will Colton be able to convince him otherwise?

Colton Burtenshaw’s genuine and humble demeanor, and love for his job (and the animals, especially horses), make him a character that the audience wants to root for early on. Every scene with her younger brother Luke Peterson (played by Cooper Lundeen) is simply heartwarming.

Overall, Josh Swickard triumphs as Colton Burtenshaw in Roped as he exudes a great deal of charm and charisma. Lorynn York is sensational as Tracy, while Casper Van Dien is a revelation as her overbearing father. This is one romantic film that the audience needs to hold their horses since they are in for quite the ride.

The film is well-written and well-directed (compliments to John Ducey and Shaun Piccinino) and well-acted by the entire cast of performers. There is something in it for everybody, and it is one of those films that instantly puts smiles on viewers’ faces. It garners an A rating.

To learn more about Roped, check out the official Netflix website.