On The Road in Greece: The Open Air Water Power Museum By Catherine Tsounis, Special to the Hellenic News of America 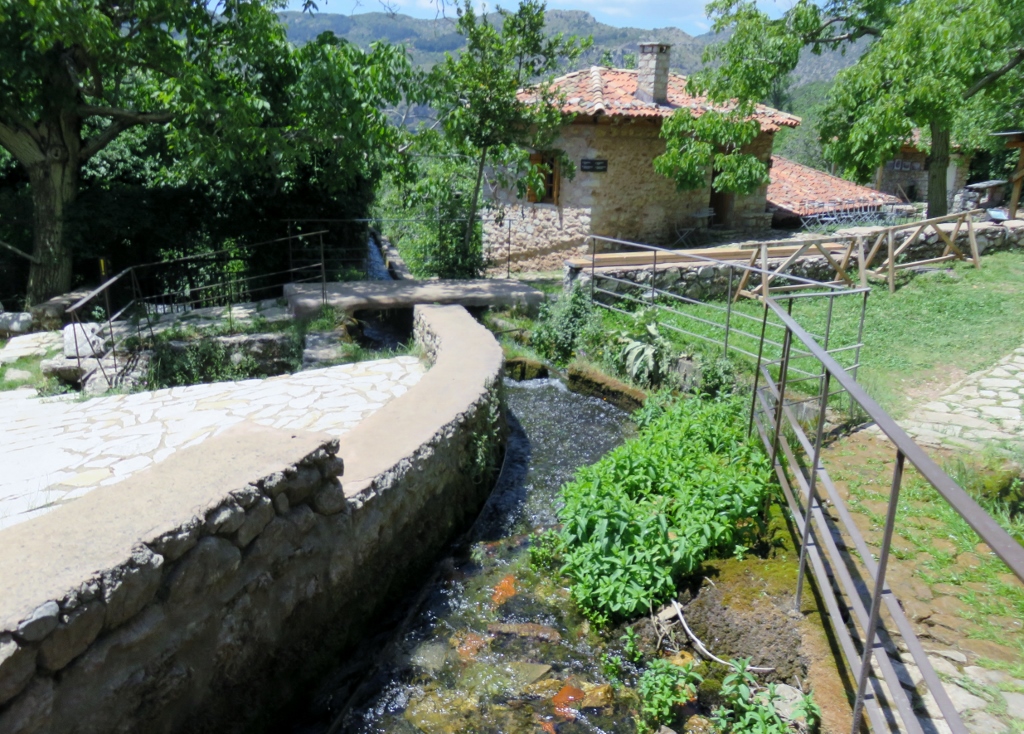 I went back in time to a period when water power decided the outcome of war battles. Water power was a decisive factor in the successful Greek Revolution in 1821.My taxi cab driver, Dimitri Tchokas took me to the Open Air Water Power Museum in Dimitsana, Arcadia. It is located outdoors in the Lousios Gorge wilderness. It was created by the Piraeus Bank Group Cultural Foundation (PIOP). The museum opened in 19971.

I was given a cane to help me climb the hills. The museum’s purpose is to show the importance of water power in producing goods. It is located on 1,000 square meters. Water power equipment and traditional workshops were restored. The first building housed a filling tub and watermill. The filling tub helped to create clothing, blankets, rugs and wool materials.

We threw corn seeds into the hopper of the water mill. The seeds were grinded and fell into the flour vat. Flour mills were small family businesses catering to local needs. Millers collected their fees from villagers at a rate of 3-5% in Dimitsana, 10 % elsewhere and as much as 12 % when times were bad.  The mill, like the fountain and church yard, was a meeting place for clients, who spent hours waiting their turn, talking and commenting on local affairs.  The next room was the miller’s home with a fireplace.

Outside the mill is a shelter that covers the raki still for the production of tsipouro liquor from grapes. Tsipouro was used locally for domestic consumption, as part of the diet and for pharmaceutical purposes. Its bottling and sale were prohibited

The two-story tanner’s house is next. The lower level is the tannery divided into the following zones: first zones, waters, lime and other preparatory tasks; vats for tanning; well-ventilated zone for hanging and drying leather in the shade and a well-lit corner for the post-tanning process of currying. A traditional tannery had to be well planned and put together as to make the best possible use of water, wind and sunlight. Leather use dates back to prehistoric times. It is a long process and expensive to day to operate.

A cobbled road leads to a flat area in in which a natural tank is formed and down to the powder mill. Dimitsana was one of the many villages that knew how crude saltpeter (gun powder) was collected. It was given to the Turks as taxes. “Dimitsana in the Province of Gortynia is special to the Greeks of Arcadia, Peloponnese. Secret schools, the Monastery of Neo Philosophou inspired the Greek revolutionaries,” said Dr. John G. Siolas. Walking through the powder mill helped me understand how Dimitsana saved the Greek Revolution.

Dimitsana was active in supplying the fighters with the essential material for ammunition. “We had powder; Dimitsana made it,” wrote Theodoros Kolokotronis. Gunpowder is an important element of the area’s cultural identity. It is kept alive in memory and narratives. The Open-air water Power Museum showcases exactly this historical identity by reconstructing a historic powder mill and technology for gunpowder production. After exploring the museum, he/she can visit the Lousios Gorge, ancient Gortynia and the monasteries of Philosophou and Prodomou.2  A great experience for all ages.

Photo 2 – Water mill where we through corn seeds for grinding.

Photo 6 – Hanging and drying leather in the shade and a well lit corner for the post-tanning process of currying. 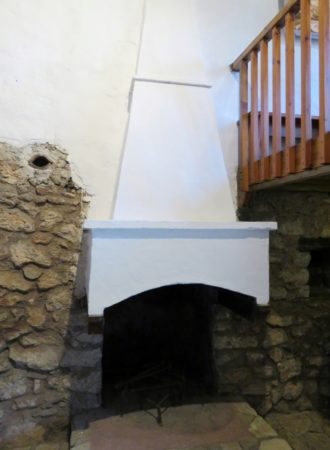 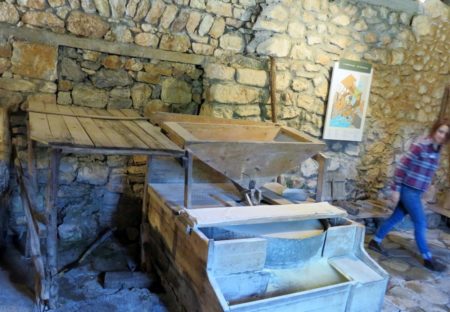 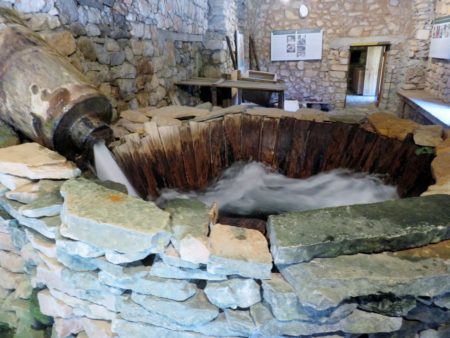 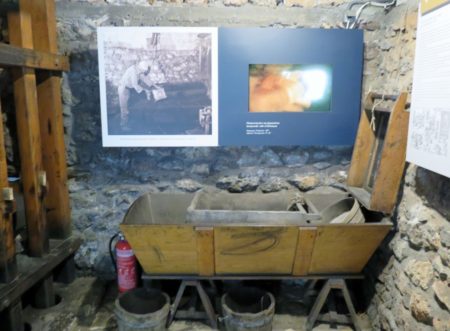 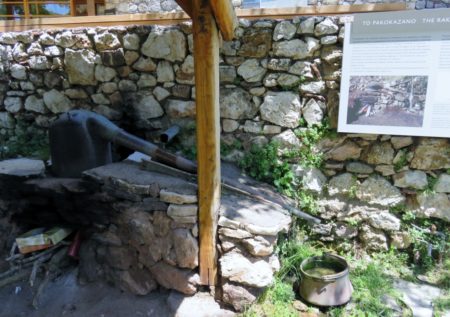