On The Road In Greece: Visiting the Amphitryon in Nafplion 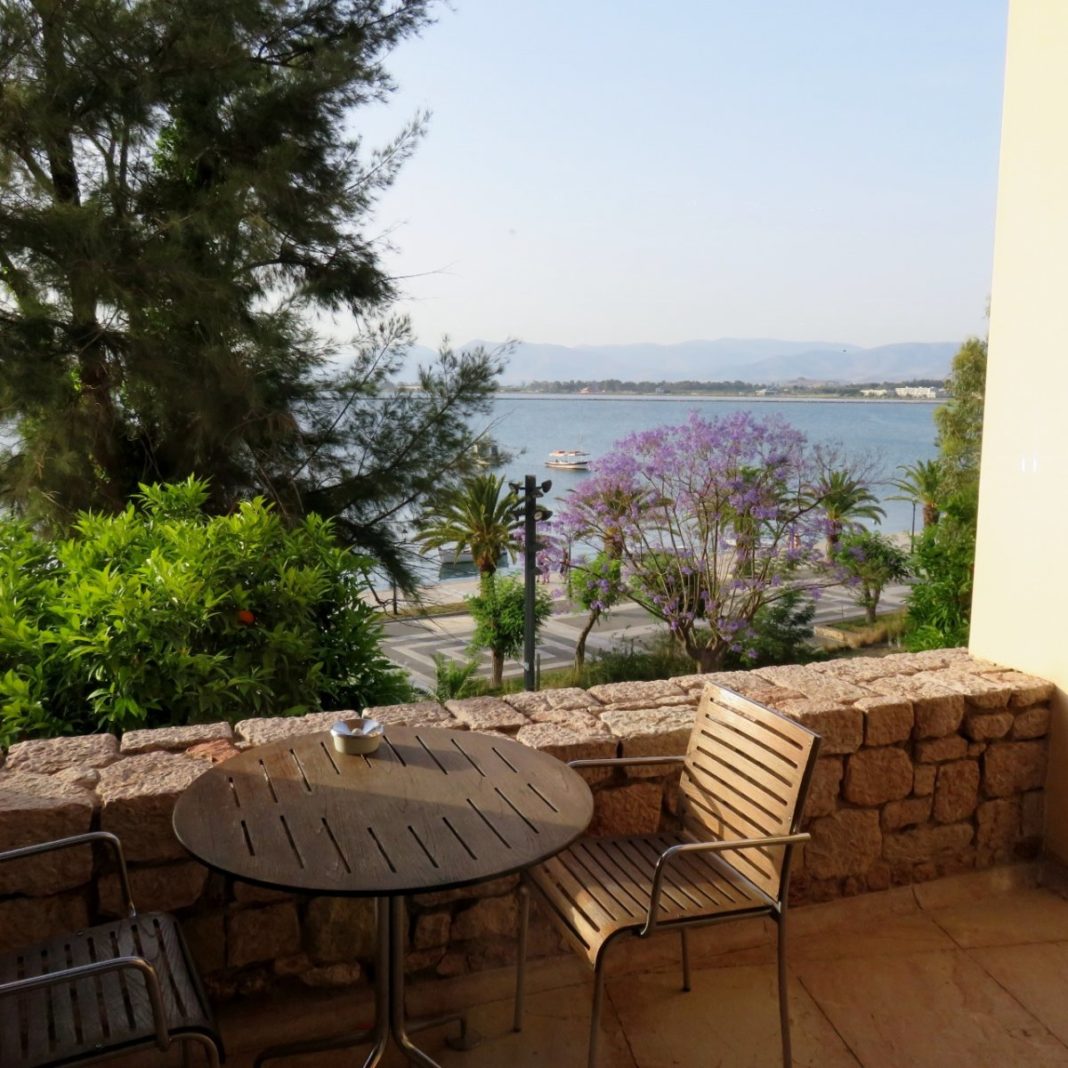 Nafplion is a beautiful, seaport Peloponnesian city on the gulf of Argolis. International, in character, it is a magnet among Persons of the Peloponessus. Many from the mountain villages have bought homes on the water. Dolphin Hellas made reservations for my group tour of the Peloponnese at the Amphitryon Hotel. I had a balcony room overlooking the Argolic Bay. This was the first time I had a waterview balcony room on a group tour.

Who was the mythical hero Amphitryon? He was a Theban general and son of Alcaeus, king of Tiryns in the eastern part of the Peloponnese. The hero was involved in intrigue and murder of family members. He lived by war. His stepson, Hercules (Heracles) who was fathered by Zeus, became the most admired hero of Ancient Greece.1  Hercules is seen on television in various series.

The Amphitryon Hotel marble bathroom was every homeowner’s dream. It was straight out of a Home Depot Expo. I enjoyed the waterview in daylight and evening. The Greek staff was bilingual, in multiple languages. I overheard staff members saying they had a large tourist group from Arab countries on the previous day. Few Americans were traveling in late Spring, May to June 2016. The location was in walking distance to all sights, such as the Palamidi Fortress. The dining area had European charm with a waterview.

Yiannis Kalitziadis was an excellent waiter with his expert gourmet chef. Yianni described all the foods on the menu. I acquired photos of Parisian gourmet desserts. The chef prepared a salt free dish of chicken fillet with rice and lemon. Complimentary wine came with the dinner.

I left my purse on the table during breakfast. Our waitress Metaxia Tsiagouri found my name and room number and delivered it. She gave me words of encouragement on my negative group experience with French and Midwestern tourists. I am a New Yorker from the area that our U.S. President was raised. What is unsaid is understood. Metaxia said “We are here to make your stay a happy memory.” Another friend said, “Overlook the small stuff and think of the broader, positive experience.” Greek hospitality in all the Greek hotels visited made this a trip to remember.