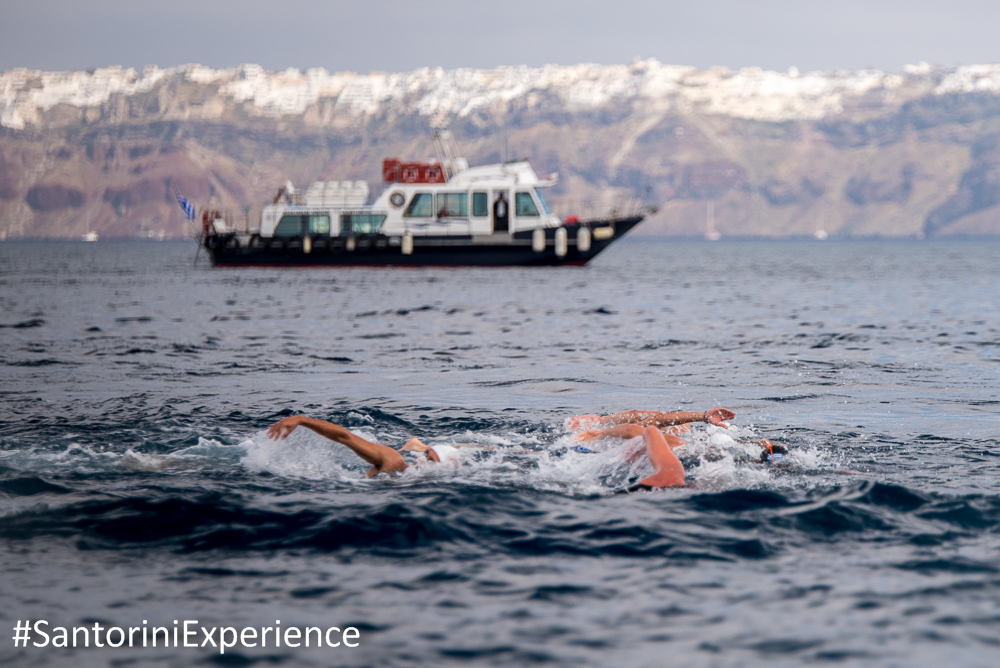 The event that caught the attention of all sports friends and offered unique moments and emotions to professional and amateur athletes, returns for second consecutive year in the energetic volcanic island of Santorini at the second weekend of October (07-09/10)! The first announcement for the great organization of sports tourism “Santorini Experience” was held on Wednesday, May 18, 2016, with cinematic way at the Gold Class halls of Village Cinemas at The Mall Athens.

The event’s program included two parallel screenings of the event’s video – documentary from the previous year (as was shown in more than 1.6 million households in Greece and abroad), to reporters and senior executives, as well as greetings from ambassadors and representatives of the organization.

During the event, this year’s activities of “Santorini Experience”, which include swimming and running, were presented for the first time, along with their ambassadors and coefficients. It was also announced that the organization has been placed under the auspices of the Hellenic Swimming Federation (KOE), which happens for the first time in open water swimming competition in a sports tourism event, highlighting the importance and solemnity of “Santorini Experience”, not only in Greece but also internationally. The element of extroversion and international promotion was credited also to one more “surprise” – cooperation that was yet to be revealed.

TV channel FOX Sports of FOX Networks Group, one of the biggest sports television networks in the world in subscriber base, distribution and promotion of sport content, undertakes this year as Official Broadcaster the broadcasting of the sports documentary “Santorini Experience”. The sports documentary will carry forward unique images of sports tourism in Santorini, to millions of homes in Europe, Asia and Africa through the vast television network of FOX Sports.

Respectively, various running routes will be held at the magical path that connects Oia with Fira overlooking the Caldera. This year’ s routes have been selected by the former marathon runner, holder of national best performance on the classical route, running coach, manager of All About Running and technical director of the event in running, Nikos Polias.

At the end of the press event, the Mayor of Santorini Anastasios Nikolaos-Zorzos said: “Last year we started Santorini Experience. A sports event that is becoming an institution for the island. “Santorini Experience” gives visitors the opportunity to combine wellness with the unique nature of the island, to live an “explosive” experience. Santorini Municipality and the Athletic Organization DAPPOS embraced and supported this event from the first time, thus trying to highlight another face of the island, the athletic side. We welcome you to the organization and wish that you live a truly unique life experience”.

On his part, the President of the Municipal Sports Cultural Environmental Organization of Santorini (D.A.P.P.O.S.) Mr. Eleftherios Tzouros said: “The journey that began last year in May 2015 continues. A journey where man and nature become one with respect and love. The idea of Santorini Experience is unique and unprecedented, since participants are invited to compete on the Caldera of Santorini (Land & Sea), with invisible spectator the Atlantis which many researchers speculate that sank in the sea of the caldera area. This “marriage” of nature – human and culture is a unique experience that we expect you to live”.

The President of the Hellenic Swimming Federation (KOE), Mr. Dimitris Diathesopoulos said: “After last year’s successful hosting of the Open Water race of “Santorini Experience”, at beautiful Santorini, with the participation of leading distinguished members of the national team, but also with the presence of the President of the Swimming Federation, and after relevant conversations between the Mayor of Santorini and representative bodies of the organization, it was a mutual understanding that this great event will be implemented for the second consecutive year. This time it has been placed under the auspices of the Hellenic Swimming Federation. Something that signifies the importance and solemnity, not only in Greece but also internationally. Both I personally as president and KOE, we believe that this year we will have successfully organized a large organizational and participatory event and this will mark its establishment in a national and international level as one of the most important events in the Open Water area. I wish good luck to those who curated the event, expressing the assurance that KOE will be standing close to this effort, aiming to become one of the most important events in our field with a long perspective and massiveness in participations”.

Finally, the CEO of Active Media Group, Mr. Akis Tsolis said among other: “Municipality of Santorini, D.A.P.P.O.S., KOE, local companies of the island and a top global television network join together to promote swimming, running, in a unique Greek landscape like that of Santorini. The announcements of this day are quite significant and a milestone for sports tourism in Greece. The assistance of the Hellenic Swimming Federation and the broadcasting of the complete documentary (rather than just highlights), by FOX Networks Group,
to more than 40 million households, indicatively to countries like China, India, South Korea, Turkey, Israel, South Africa and many others, and in continents such as Europe, Asia and Africa, make me really happy that we managed in such difficult times to unite all our forces for an innovative organization like Santorini Experience. We do not rest on what tourism achieves today, but we continue to build for tomorrow”.

Under the auspices of the Hellenic Swimming Federation (K.O.E.) 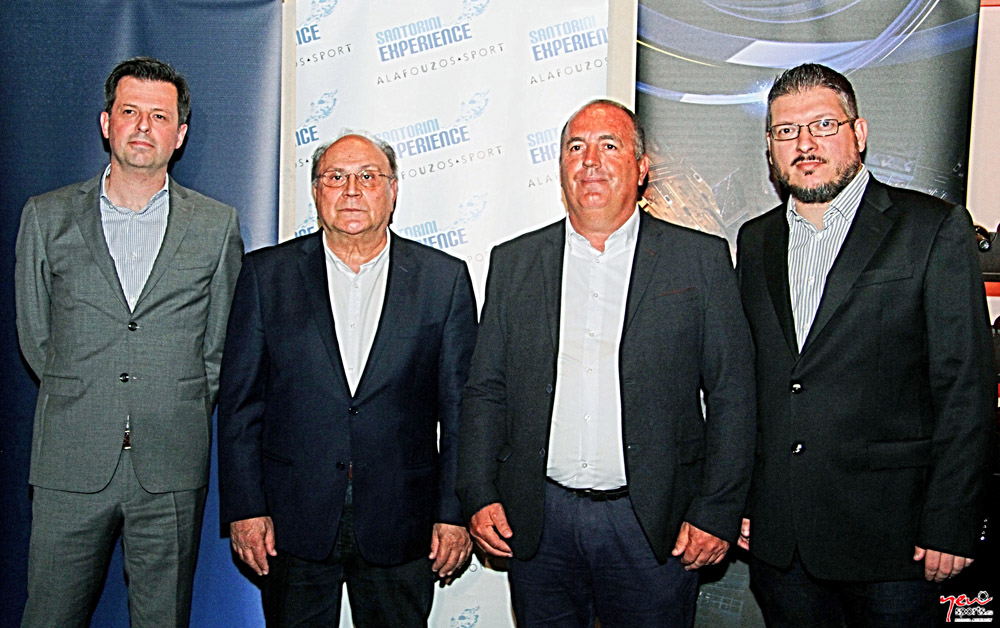 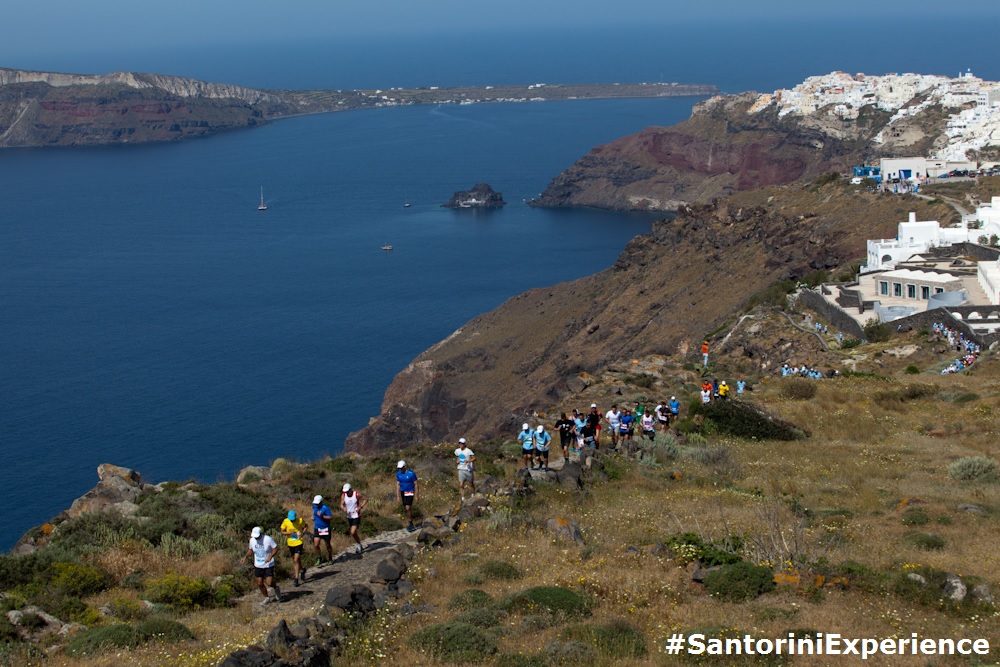 Previous articleMythology, History, Sports in Navarino Challenge 2016   Register today & take advantage of the special packages!
Next articleConcert Invitation for the Union of the Ionian Islands with Greece