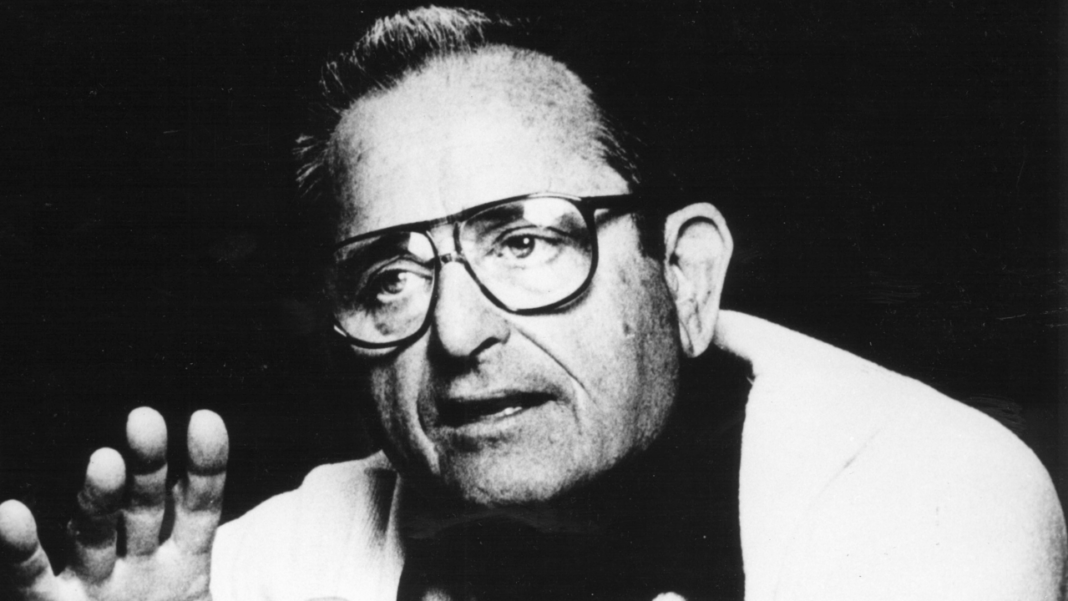 It is with heavy hearts that the Spanos family announces the death of Alexander Gus Spanos, founder of A.G. Spanos Companies and owner of the Chargers NFL Franchise. Alex passed away peacefully surrounded by his loved ones on Tuesday morning. He was 95.

From humble beginnings to becoming the top apartment builder across the nation and the owner of an NFL franchise, Alex proved that dreams do come true.

Alex was the embodiment of the American dream and leaves behind a legacy of passion and hard work. Born the son of Greek immigrants in 1923, Alex’s tireless work ethic and fearlessness was instilled in him when at only eight years old, he began working in his father’s bakery before and after school. A tough upbringing coupled with the unshakeable belief that he could accomplish anything he set his mind to drove him to succeed and overcome countless obstacles.

In 1984, Alex fulfilled one of his lifelong goals by purchasing the San Diego Chargers. His intensely competitive nature and passion for sport made him the perfect fit to be a part of the NFL family. One of his most memorable moments was watching the Chargers beat the Pittsburgh Steelers to play in Super Bowl XXIX. He was equally passionate about the franchise’s impact off the field, implementing many Chargers’ community outreach programs that exist to this day. The Chargers Community Foundation – which he created and funded – still supports numerous critical causes, individuals in need and organizations supporting the community.

Aside from being a celebrated businessman and generous philanthropist, Alex’s greatest joy and source of pride was his family. His beloved wife Faye, his four children, his 15 grandchildren and his 12 great-grandchildren always came first. Throughout Alex’s life, Faye, his wife of nearly 70 years, was his rock and inspiration. It was Faye’s unconditional love and support that gave him the strength and peace of mind to take risks and pursue his goals unfettered. Together they contributed generously to worthy causes and charities. Hospitals, universities, scholarship funds, youth programs, sports programs, churches, schools – all were recipients of their incredible generosity.

Through it all, Alex never forgot his roots and took immense pride in both his Hellenic heritage and Greek Orthodox faith. It was through that faith he learned compassion and empathy. Whenever he was called upon to help, he always delivered. Passionate about education, helping the underprivileged and enabling those with a dream to better their lives, he took pride in setting an example for others to follow.

Fiercely loyal, competitive, passionate and loving – that was Alex Spanos.

We have no words that can adequately express our sadness with his passing. We will continue to honor his legacy by dedicating ourselves to making a difference in the community and throughout our country.

As Alex would say, “Believe in yourself. There is nothing you can’t do if you set your mind to it.”

Funeral arrangements will be announced in the next few days.

Courtesy of the Los Angeles Chargers